The Brazilian president's antics were cause for alarm even before the deadly pandemic. But with the illness running rampant, the story is taking an ever darker turn.

SAO PAULO — Had the events of the past three years in Brazil been written decades before as a story, it would have been dismissed as facile, exaggerated fiction. And then there's the pandemic, which because of the dystopian depths to which politics sank, transformed the country into the epicenter of the global health crisis.

Yes, it may seem like pulp fiction, but sadly it's all very real. And to understand the most recent chapter — what unfolded on May 22 — we first need to go back and look at the opening act in this ongoing political drama.

In July 2017, Judge Sergio Moro sentenced former president Lula da Silva (2003-2011) to 10 years in jail. This was done at record speed for Brazilian justice, and Lula's sentence was later upheld by a second court. The laws of Brazil do not permit people convicted in a higher court to run for office, and so Lula (who was looking to regain the presidency and was poised to win) was sidelined.

He and the leftist Workers Party (PT) then decided to field a former education minister, Fernando Haddad, as their candidate. Haddad had earlier launched a campaign against homophobia using a school satchel, which the conservatives baptized the "gay school kit." In the electoral race, Bolsonaro supporters exploited the bag and accused the PT campaign of wanting to "turn children gay."

The symbols of the Bolsonaro campaign included a hand shaped as a gun, and promises to let people bear guns and to "sweep the reds out of Brazil." It was a campaign, in other words, centered around violence, social discord and confrontation. And when Bolsonaro was elected, armored cars paraded out of army barracks, applauded by many civilians.

The Cabinet's ministerial composition conveys utter, intellectual indigence. It expresses the president's rejection of ethics. Day-to-day politics are replete with such phrases as "boys wear blue and girls wear pink," or claims that Jesus appeared on a guava tree, as one top official insisted. The education minister, for his part, accused universities of hiding marijuana plantations, and termed the mother of an online critic a "mangy, toothless mare." And the foreign minister took it upon himself to pen an article about the coronavirus.

Bolsonaro had no qualms appointing a soldier as health minister when doctors wouldn't say what he wants.

With this government, it's as if the national soccer team was manned by fifth-division standbys.

Keep in mind that until recently, one of those ministers was Moro himself. Bolsonaro was indebted to the judge, who by his own admission — as evidenced in leaked, private chat conversations published last year by the website The Intercept Brasil — acted more as prosecutor than judge in his handling of Lula. Bolsonaro and his minister were on the same page, in other words, with their eagerness to punish the former president.

Then came the coronavirus crisis. Bolsonaro's first reaction was to dismiss it as "a bit of flu." Athletic types like himself, he suggested, would have no problems with it. It could only harm the elderly and risk groups — a eugenicist absurdity — so there was no need for hysteria. 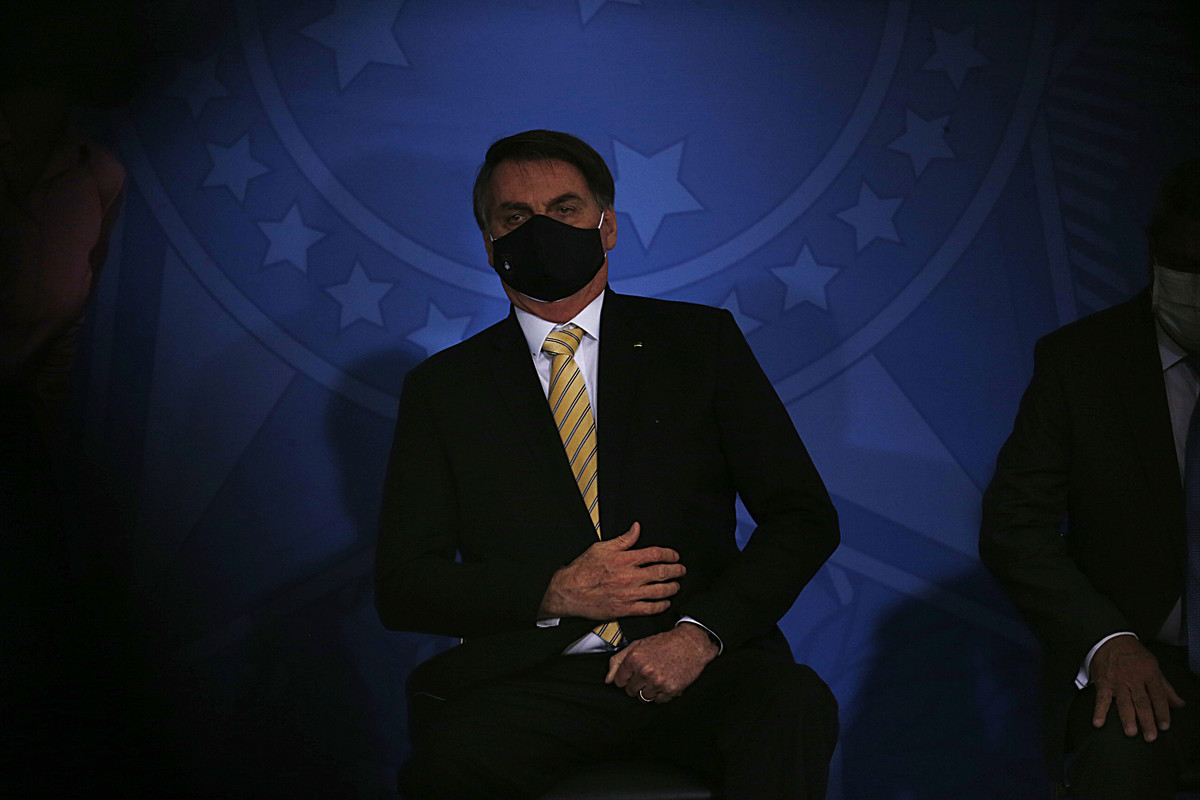 President Bolsonaro in Rio on May 15 — Photo: Jorge William/GDA

Later, as the illness spread, he called it our generation's worst crisis, but still there was no need to panic as we had chloroquine. On April 16, Health Minister Luiz Henrique Mandetta, who had followed the World Health Organization (WHO)'s advice, resigned. Nelson Teich took over, before he too resigned for similar reasons. Then, on May 20, Gen. Eduardo Pazuello became minister and, flouting all health recommendations, changed the protocols for using hydroxychloroquine. Bolsonaro had no qualms appointing a soldier as health minister when doctors wouldn't say what he wants.

Bubbling in the background was another crisis that kicked off April 24 when Moro resigned, accusing Bolsonaro of wanting to control the Federal Police. To back his claim, Moro cited an April 22 cabinet meeting. All of that brings us to May 22, when the recording of that meeting went public. And what we hear is a group of psychopaths loudly urging that people be armed so as to resist governors who followed WHO recommendations.

There is a lot of bravado and insults in the meeting, but no decorum. The education minister speaks of affirmative action and rights-protection policies as thwarting liberties, while the human rights minister talks about demanding jail terms for state governors ordering lockdowns. The environment minister is heard suggesting the "quiet" period of confinement be used to roll back environmental legislation and pave the way for big farming. And the president himself says he wants inside information on the police, to protect his family and friends from investigations.

A lot of bravado and insults in the meeting, but no decorum.

At no moment does the Cabinet discuss the pandemic. What they do talk about is how the president will protect his children's reputations, how rights are an affront to freedoms, that guns for all is an excellent idea, that the pandemic is an opportunity to destroy the environment, that governors disobeying the president should be jailed, and that doing away with democratic institutions is a reachable goal.

On April 28, when a journalist questioned Bolsonaro about the number of coronavirus deaths, his response was: "Well, what? I'm sorry. What do you want me to do?" For him, the real priority in this time of pandemic is to take care of his sons' criminal situation. Only Bolsonaro could make Trump — who suggests you inject disinfectant — seem like a sensible and balanced statesman.

Dying Indigenous Tribe In Brazil Killed Off For Good By COVID

An 86-year-old identified as the last male member of the Juma, a Brazilian tribe on the verge of ...

The streets are quiet, the joy is missing, and the guns are out. The eve of Carnival feels ...