If Not Modi...? That Question Weighing On India

Voting in Barrackpore, India, on May 6 - Avishek Das/SOPA Images/ZUMA

The question "If not Modi, then who?" points to a worrying lack of understanding of how a parliamentary democracy works.

NEW DELHI — It's probably been the most frequently asked question in living rooms, workplaces and TV discussions across India these past five years: "If not Modi, then who?"

For fans and devotees of the prime minister, "If not Modi, then who?" is more of a rebuttal than it is a question. When interrogated about his words, actions, and policies, many of them immediately point out "the lack of a viable alternative."

But for many who are not necessarily Modi supporters, this question reflects a genuine dilemma in their minds and is usually followed up with, "Well, what is the alternative? Rahul Gandhi? Mayawati? Akhilesh Yadav?"

I've joked that if I were given a brick for every time I've been asked these questions, I could have built a house by now. Besides demonstrating how completely Modi has been projected as the greatest thing to have happened to India since our independence, "If not Modi, then who?" also shows how easy it is to divert people from finding the right answers by simply asking the wrong questions.

So why is "If not Modi, then who?" a flawed question? Because it implies the very big assumption that Narendra Modi is indispensable to India. The Cambridge English Dictionary defines indispensability as, "something or someone that is too important not to have."

But is that really true in the case of Modi? Looking at the condition of a very damaged national economy and a very divided Indian society today, one can conclude the exact opposite — that the country might be better off without him as prime minister.

Regardless of the hundreds of thousands of rupees that have been spent on portraying Mr. Modi's utter indispensability, the reality on the ground shows a starkly different picture: India is now staring at unemployment levels it hasn't seen since 1974.

One can conclude the exact opposite — that the country might be better off without [Modi] as prime minister.

The National Sample Survey Office's (NSSO) findings show that the unemployment rate stands at 6.1%, which is even higher than the 5.18% was at in 1972-1973, during the aftermath of India's war with Pakistan and when it was hit by global oil shocks like other oil-importing countries.

We are not facing a problem; we are facing a crisis.

Young people who believed Modi's promises of employment in the 2014 Lok Sabha elections (the lower house of India's parliament) make up a significant share of the unemployed population today. 18.7% of India's unemployed are urban males aged between 15 and 29 and 27.2% are urban females in the same age group. Modi's much-touted Make in India scheme, which aimed to lift the share of domestic manufacturing from 17% of gross domestic product (GDP) to about 25% and create jobs for the estimated 1.2 million youth entering the market, has badly failed.

Demonetization and a badly implemented goods and services tax continue to have a ripple effect — or should we say, "cripple effect" — on the economy. Over ten million Indians lost their jobs in 2018 alone. 9 million of them are from the rural sector.

This leaves one wondering: in what universe is Narendra Modi indispensable? 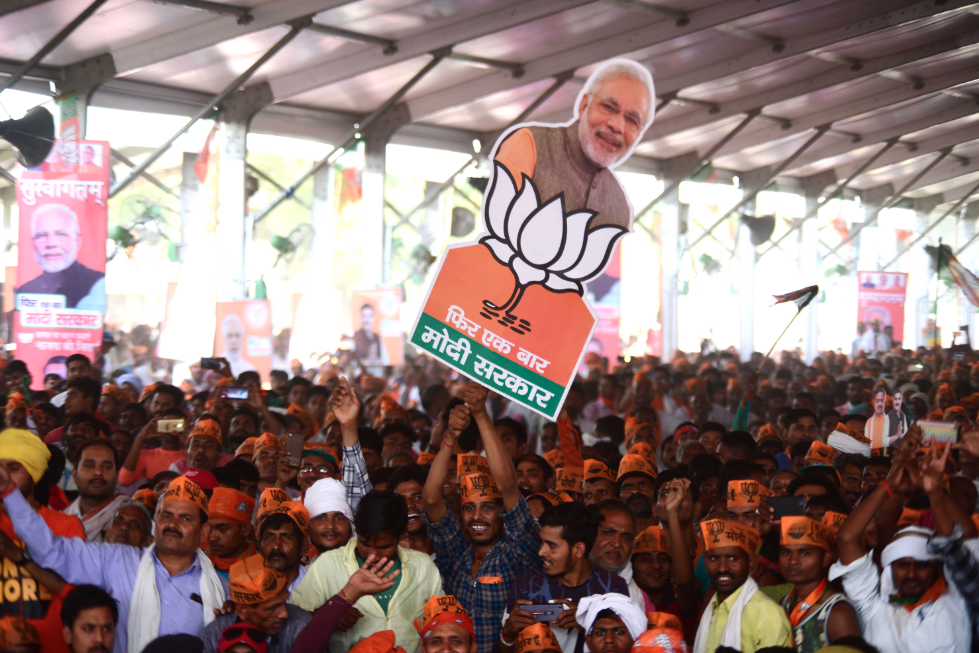 One doesn't have to be a genius to realize that it's the universe in which the 1% who own 73% of India's resources live. For it is that 1% who also happen to own and control much of the print and broadcast media that the remaining 99% consume.

And it is that 1% who want to perpetuate the myth of the emperor's indispensability, for that is how they will continue to receive the political patronage they need to remain the 1%. The emperor has no clothes, but as elections approach, their media is now working overtime to convince the remaining 99% otherwise.

Also implicit in the "If not Modi, then who?" question is a certain (perhaps unintended) arrogance. How can any of us presume to answer that question by presuming to speak for the country as a whole? How do we know which way the people of India will vote until they vote? It is a question the country will answer as a whole during the Lok Sabha elections. Alternatives emerge in a democracy, and the uncertainty preceding an election is an integral part of the democratic process.

When Jawaharlal Nehru passed away in 1964, the question that was foremost in many minds was, "If not Nehru, then who?"

He was, after all, the man who helped navigate India through its first critical, formative decade and a half as a new democracy. But did India survive and thrive as a democracy even after Nehru was gone? It most certainly did — in large part because India's first prime minister, unlike his current counterpart, made it a point to strengthen and empower its democratic institutions for future generations.

And finally, implicit in the "If Not Modi, who?" question is a lack of genuine understanding and appreciation of the heart and soul of a parliamentary democracy. Many of us, it would appear, still visualize our country as a kingdom where the rightful king (or queen) ascends the throne and then rules over his or her subjects.

Instead of understanding that our democratically elected representatives are accountable to us, the people, we end up prostrating ourselves in front of our modern day kings and queens, even hero-worshipping them, and in so doing we end up insulting and undermining the very idea of a democracy without perhaps even realizing it.

The great danger of expecting a single person to be the great answer and the great leader is now obvious for all to see. Political saviors have a way of becoming dangerous demagogues.

Perhaps the best description of this phenomenon has come from more than 700 theater artists from different parts of the country who have recently released a joint statement to appeal to voters to "vote out divisive politics from power." In their statement, they say: "The man who was portrayed as the saviour of the nation five years ago has destroyed the livelihoods of millions through his policies. He promised to bring back black money; instead, rogues have looted the country and run away. The wealth of the rich has grown astronomically, while the poor have become even poorer."

Political saviors have a way of becoming dangerous demagogues.

India's best known economists, scientists, former bureaucrats, writers and artists have also issued similar statements over the last few months expressing their deep concern about the idea of India being under siege.

And the answer to that, of course, is democracy.