Egyptian women pass by Ramadan lanterns in Cairo, in May 2018. - Gehad Hamdy/DPA/ZUMA

Women in Egypt have definitively broken the silence around sexual violence — but what comes next?

CAIRO — About two weeks ago, Dalia's doorman, landlord, and neighbors — at least three men in total — suspecting her of having sex or some kind of sexual interaction with a guest, forced their way into her apartment in the Cairo neighborhood of Salam, beat her and either threw her out of the window or terrified her so much that she jumped. The National Council for Women, missing the point, said in its press release that Dalia's body was found "fully clothed." Newspapers reported that the prosecution had ordered a vaginal examination of her corpse.

Two weeks earlier, a draft of a long-awaited personal status law was shown to the public. The draft does nothing that women hoped it might to advance their legal standing — it in fact regresses it in several areas. The bill further diminishes women's already embattled legal and financial guardianship rights over themselves and their children: Being of legal age is not enough to legally consent to marriage — a woman's male relatives can object to the marriage within a year. Being the mother of a child is not enough for a woman to issue their birth certificate, open a bank account for him/her, or consent to their surgery — a power of attorney granted by the child's father or court document is necessary.

The draft law was met with a firestorm from women's rights organizations and a campaign called #guardianshipismyright, which included thousands of stories of women struggling for control as females, as wives and as parents.

The state and society dealt women two blows at the same time.

Public mourning of Dalia, who died in what could be described as an honor killing, has combined with the campaign against the proposed personal status law, with women insisting that the two injustices are inherently connected. In an ugly accident, the state and society dealt women two blows at the same time, and in response, they are braiding them together and identifying them as a package of injustices that make one another possible: secondary citizenship rights, lack of bodily and sexual control, violence, oppressive and gendered social policing, family values. 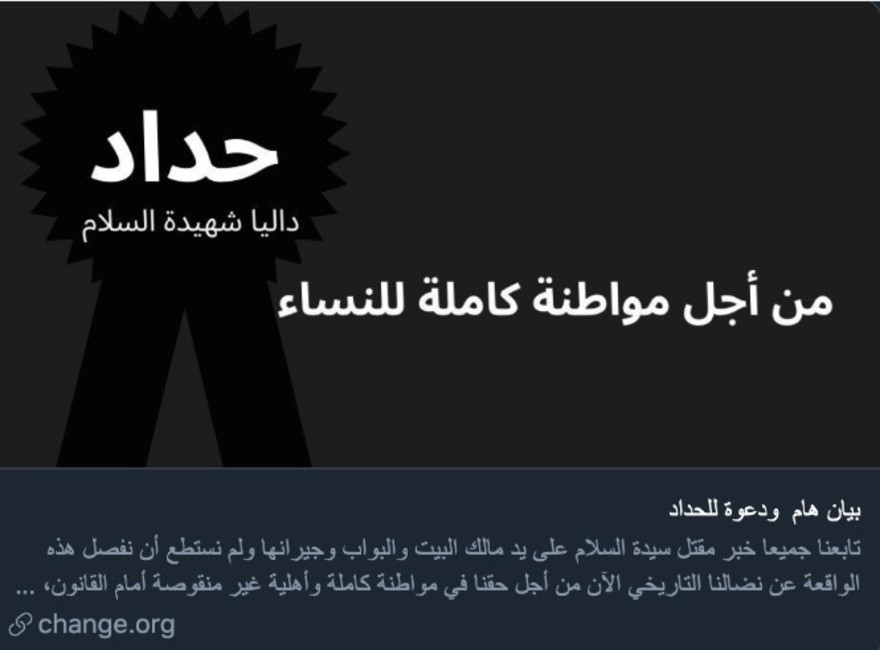 The connections have always been there. The TikTok women were arrested and tried both for making money in ways the state didn't understand, and for being outside of the class that's allowed to flirt, dance, or be sexual online. One of them said she was pressured to submit to a virginity test while in custody (she refused). In an openly patriarchal society, presided over by authorities so accustomed to unchecked transgression, few of the codes and binaries that govern our bodies and lives are hidden.

The challenge is to confront these different problems, these recurring violations and unfairnesses, without losing sight of the larger matrix they are a part of. The linking of Dalia's violent murder to the personal status laws builds on the last few years' public — and very online — momentum around sexual harassment, but it is also a topical shift, or expansion, away from it.

Sexual violence is a symptom of social, political and economic orders which favor the needs and views of men over women. It provokes strong feelings and responses, from empathy to outrage to a need to do something. Perversely, it is also a crime that patriarchal systems are able to publicly decry, and be seen to act against: men must defend their women, the law must defend the mothers and daughters of the nation, the police are given individual culprits to catch and display, prosecutors open investigations that easily lead away from the corridors of power. Taboos, importantly, may be broken, but in the theatricalized social and legal punishment of an individualized crime, we are all unified in flaying the bad guy and upholding the status quo.

The thousands of testimonies published and shared since last summer, while often followed by regressive and exhausting debates, have been powerful and cathartic for many, and inspired demands for better accountability in universities and workspaces. Many have willfully, and wishfully, called it a women's revolution. But we haven't yet addressed the larger problems that make sexual violence so prevalent in the first place. By focusing on it as an isolated problem, we become stuck, and it starts to seem like the root of women's oppression, rather than a symptom. It becomes easier, also, to treat it as a problem of individuals — bad men and better men, strong survivors and weak ones. 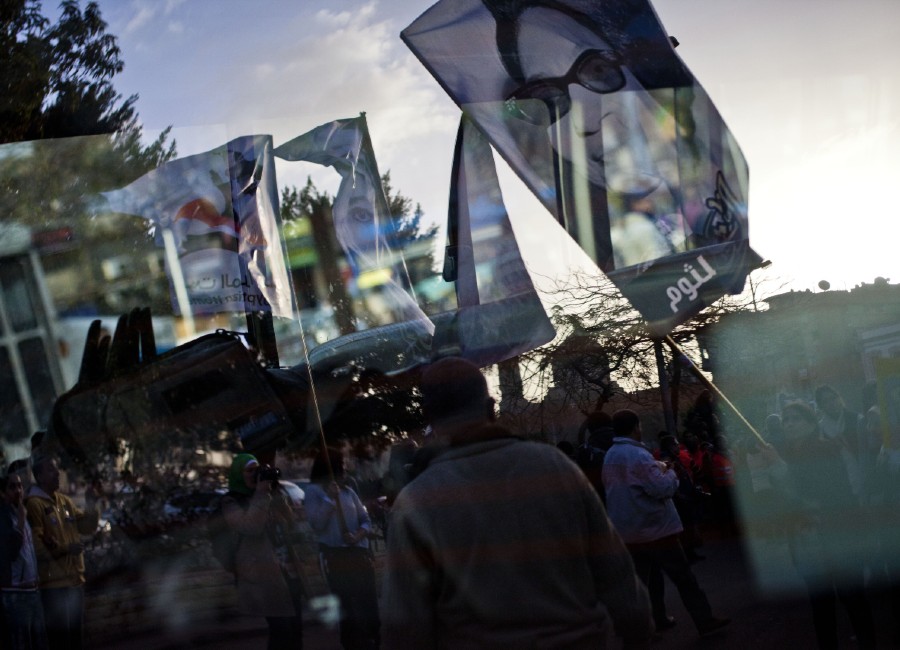 We've seen this happen throughout different iterations of the #MeToo movement, and in older mobilizations around harassment as well. This is partly because working on sexual violence takes so much energy and attention itself, but also because, again, it is such a unifying battle — at least on the surface. Agreeing that rape happens and that it's bad is not a large enough common ground from which to address the systemic problems that perpetuate rape in the first place. To do this, we have to break from the idea that there is one kind of feminism.

The state, mainstream media and often also NGOs and women's movements themselves tend to perpetuate a singular image, tone and agenda of women's rights. Social media gives us each our individually framed view on what women are talking about; the people who sell us things and shape our identities as consumers have always been ready to select and monetize feminine, and feminist, ideals. Certain voices are heard over others, a certain vocabulary becomes the only one acceptable. Some of this — ditching harmful expressions, for example — can be seen as a step forward, but a hardening of discourse and language not only becomes exclusionary, it has a limiting effect on our thinking, imagination, and, eventually, our communication itself.

In confronting patriarchy, we start looking for ways to act unified.

There's a fear that if women start paying attention to our different views on religion, family, the economy, or the political order then we will be faced with irreconcilable gulfs, exemplified in some of our perceived binaries of the secular feminist focused on social freedoms versus the Islamist feminist's reverse views on what those freedoms should be, or a feminism that wants to "lean in", versus one that sees capitalism itself as the root of our problems.

A colleague points out that in confronting patriarchy, we start looking for ways to act unified, because unity is seen as strength and gives us a certain ability to negotiate. For example, we deal with victims in one particular way, expect them to react to aggression in one particular way, and hold up one particular path of survival and recovery as the best, strongest one. Sometimes we ignore or reject victims if their reaction doesn't fit our perceived ideal. Salma El Tarzi, for example, wrote about her rape and was attacked by readers who dismissed her as having Stockholm Syndrome. This becomes the position from which we think we're able to negotiate with the larger system, and it keeps us in a reactive framework — we move not based on our own needs and visions, but on how the system sees us and what it permits. And so we replicate its hierarchies and exclusions.

Women have definitively broken the silence around sexual violence — but what is the next step? What is it that we want, beyond an end to rape? Sexual liberation? Legal equality? Socialism? Better capitalism? Anarchism? Discussions that allow for these differences won't necessarily lead to sisterhood and unified agendas, but they might activate an engagement with the wider political and social issues that keep us secondary. If we believe that confronting sexual violence can be a path to broader liberation, we have to ask: beyond a belief that rape is bad, what unites us?