Daniel Ortega Must (And Can) Be Stopped

Protestors in Managua, Nicaragua on the "International Day of the Disappeared" - Rodrigo Sura/EFE/ZUMA

The region, from the U.S. to Latin America, has the diplomatic, economic and legal leverage to end the brazen abuses of Nicaragua's aspiring dictator-for-life.

BOGOTÁ — The repression recently unleashed in Nicaragua by its ruler Daniel Ortega and his wife, Rosario Murillo, has culminated in the jailing of the main candidates in the country's upcoming presidential elections, which take place in November, as well as of journalists and regime opponents. These actions are an insult to democracy in the region. Amid increasing international isolation and repudiation, and with sanctions imposed on their family, the Ortega-Murillo couple has already overcome the regime of Anastasio Somoza, the dictator Ortega helped to topple in 1979, in the number of killings, violations of the law and acts of corruption.

The only way to stop the abuses and achieve a free and transparent electoral process under foreign observation is to increase international, political and economic pressure on the regime. Ortega and Murillo must be made to understand that their spurious elections in November will not be recognized. There is no alternative. Unlike Venezuela, whose dictatorial regime has oil and enjoys the support of China and Russia, Ortega depends on exchanges with the United States in a free-trade pact that is in force, and on trade with Europe and other Central American countries. Increasing sanctions will affect the regime where it is vulnerable. 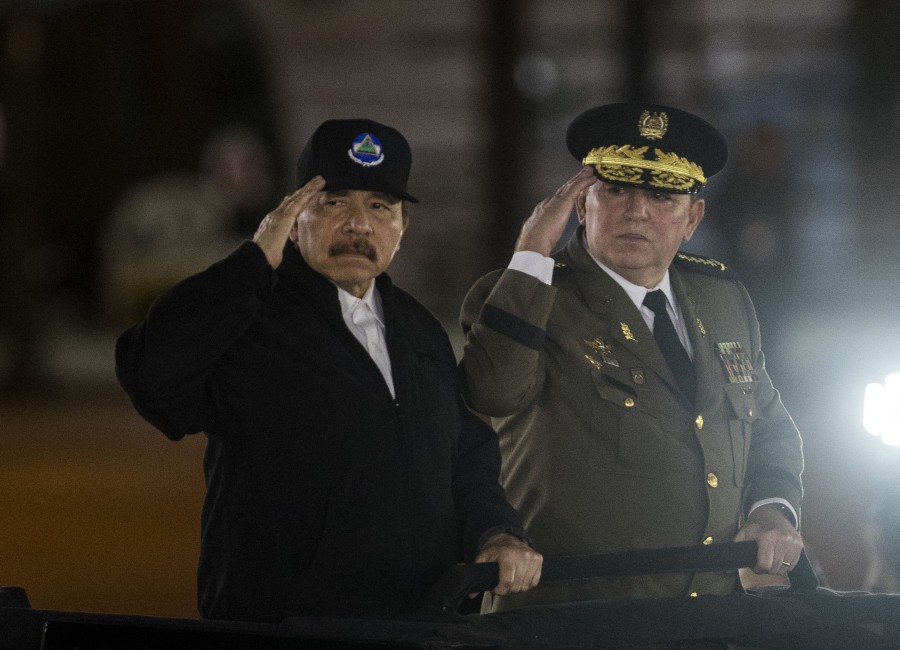 Politically, the Secretary-General of the Organization of American States (OAS), Luis Almagro, has sent a firm letter to the OAS Permanent Council asking to apply the Inter-American Democratic Charter. Almagro wants the OAS to act against Ortega for "breaking the democratic order" with an "unprecedented onslaught" that has altered the constitutional order, as the Charter states.

In October 2020, the OAS general assembly approved a resolution urging electoral reforms in Nicaragua in May 2021, preceding free elections. Its 34 member states will hopefully pay heed to Almagro's demands and immediately begin steps to exclude Nicaragua from the group.

The objective was to eliminate any candidacy and all opposition.

Téllez is a former Sandinista captain and one of Ortega's sharper critics. She has said the "dying dictatorship's objective" was to "eliminate any candidacy and all opposition." Carlos Fernando Chamorro, a reputed journalist, calls the situation a "new coup d'état against Nicaraguans' right to freely elect and be elected." Sergio Ramírez, a prominent writer and former vice-president, has said in turn that "the rule of law has ceased to exist in Nicaragua. The rest is all fiction and parody." All of them are right.

Most of the detained are subjected to a law approved in 2020, which punishes those inciting "foreign intervention" in the country's affairs and seeking foreign military intervention or the use of foreign funds. The regime wants to use such charges or others alleging money laundering, to keep itself in power. The international community must be firm in defending democracy, while the OAS, in particular, must enact juridical provisions like its Democratic Charter to defend Nicaraguans at this critical moment.

European soccer is inspiring and professional, in sharp contrast with the national histrionics an...