Police and pro-government paramilitaries have killed more than 200 people — including a 14-month-old boy — since a wave of anti-Ortega protests began in mid April.

BOGOTA — The Daniel Ortega regime in Nicaragua is continuing its bloodbath against the opposition. So far, at least 212 have been killed since protests against the government began two months ago, according to a report by the Inter-American Commission on Human Rights (IACHR), which sent a team to Managua this week in a desperate bid to curb the violence and renew dialogue between the sides.

The IACHR, a legal arm of the Organization of American States (OAS), is implementing what's known as a Special Monitoring Mechanism for Nicaragua (MESENI, by its Spanish acronym) to investigate the violence and crimes recently committed in the country. The UN High Commissioner for Human Rights will collaborate and has also urged talks and an end to violence.

The situation is precarious, and it's getting worse by the day. The Church, business leaders and a good portion of the Nicaraguan people now openly oppose Ortega's kleptocratic regime, where separation of powers is absent and opposition parties are harassed. One should recall that upon returning to power, in 2007, Ortega and his wife, Rosario Murillo — seen by many as the "real power" behind the presidency — made pacts with both the Church and business leaders. To the former, they promised to include conservative items on the government agenda. For the business sector, they promised opportunities to make money, provided it steer clear of politics.

It's imperative that the bloodshed stop.

For a decade, the strategy worked well. But after protests erupted in April against an arbitrary government decision affecting both businesses and workers, the Ortegas lost control of the situation. Like in the 1970s, when the Somoza family ruled the country, the government met the massive but peaceful protest with fierce reprisals that killed and injured several demonstrators. That angered regular Nicaraguan citizens who, again like in the days of the Somozas, took to the streets and threw stones at police and the paramilitary forces sowing fear across the country. And just as the Somozas and their henchmen did, the government was quick to denounce the demonstrators as terrorists. 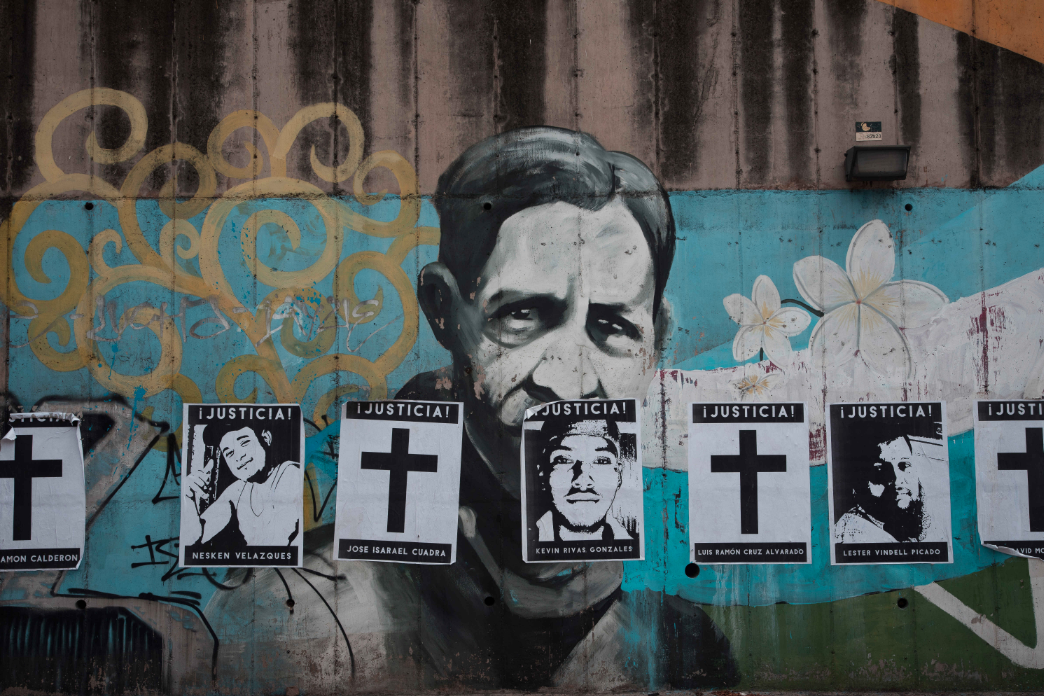 The facts speak for themselves. After a recent visit, the IAHRC counted 1,337 injuries inflicted during protests — in addition to the 212 deaths. Most of these were young people. The commission report, furthermore, shows a pattern of police and paramilitaries using intimidation and terror tactics on the general public.

The IAHRC concluded that the state is violating a range of legal and human rights, and stated concern over extra-judicial killings, illegal arrests and torture against detained (mostly young) protesters. It issued 15 recommendations to the Ortega government that responded saying it is merely defending itself. Foreign Minister Denis Moncada dismissed the IAHRC report being blatantly biased and thus barely credible.

In the meantime, on June 23, as regime thugs rampaged through the Américas Uno district in Managua, a stray bullet added another name to the growing list of fatalities: Teyler Leonardo Lorío Navarrete. He was barely one year old. It's imperative that the bloodshed stop, and for that, the MESENI mechanism may be Nicaragua's last hope of assuring honest, transparent dialogue. Otherwise, expect grave and unpredictable consequences.

None should be more dismayed by Daniel Ortega's despotic slide than those who hailed his revoluti...

Latin American Elections, A Mirror Of Global Unrest In 2018

Governments in several Latin American states are facing angry voters who may remove them from pow...