Social distancing, disinfecting common areas and accessing health care: All three key tactics for curbing the spread of coronavirus are particularly complicated inside jails and prisons. While it might seem like an already self-isolating bubble, life inside prisons has changed dramatically since COVID-19 arrived. In an effort to keep healthy, many have lost their rights to socialize, make extra money through jobs and receive visitors. At the same time, many are looking at the option of releasing some prisoners as a way to alleviate overcrowding and limit the spread of the virus. Here are examples of how some countries are taking on the issue:

Releasing & Escaping: Countries like Iran and Turkey have responded by releasing tens of thousands of minor offenders to increase space in prisons, but also raising the question of why so many need to be jailed in the first place. While in Brazil, prison riots led to mass escapes from dirty, inhuman facilities. The last few months have shown how a highly infectious disease can exasperate exploitive systems where human rights abuses are engrained. Along with momentum from the Black Lives Matter movement, there are now global calls for criminal justice reform, from interactions with police to incarceration to reintegrating into society.

Nordic model: There have been success stories of prisons avoiding outbreaks, in places both expected and not. Known for its innovative prison environments, where the focus is more on rehabilitation than punishment, Norway has allowed around 300 inmates to complete their sentences isolated at home, with ankle monitor bracelets. The program focuses on those who are serving sentences shorter than six months or who only have six months left. Other inmates have asked for leniency because of the isolation required to stem COVID-19. The disease has impacted some Norwegian prisons, including on the island of Bastøy (with six cases), where there are no fences and many inmates farm, watch television and ski in the winter. 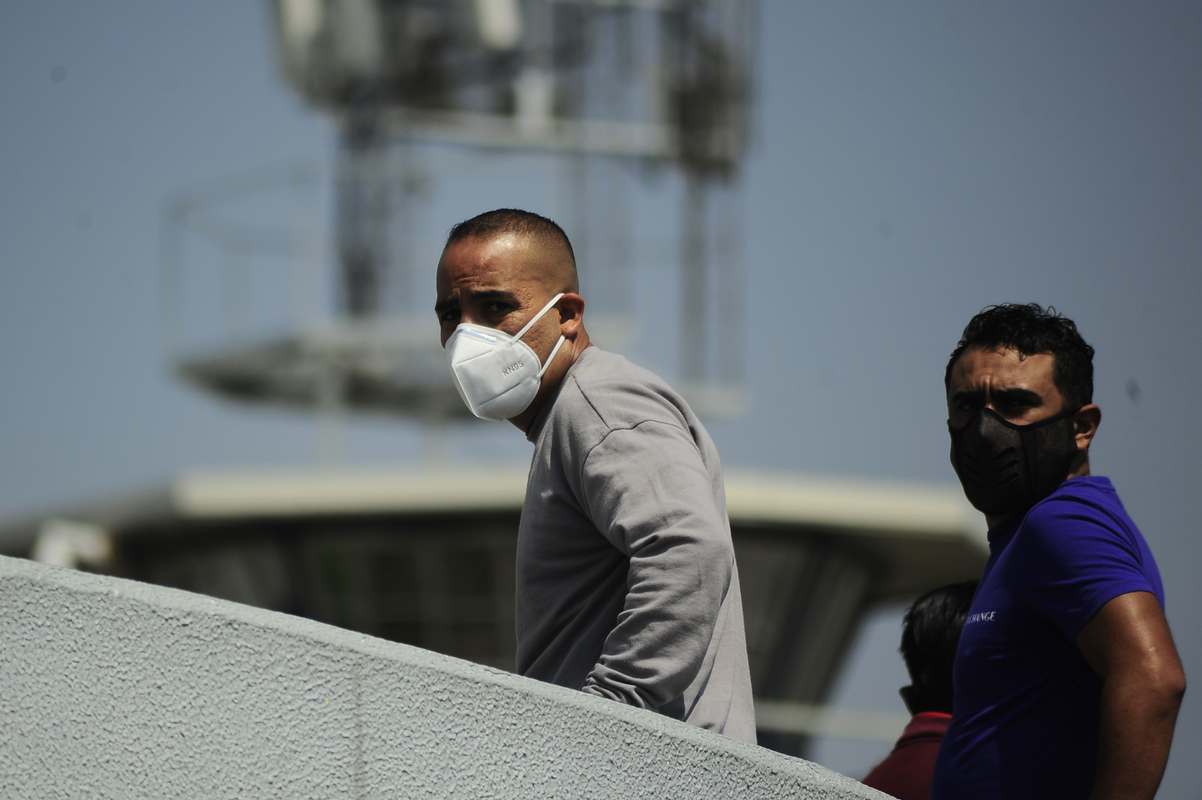 Mali model: Perhaps more surprising, the West African country of Mali has also been successful in keeping its incarcerated population and correctional staff safe. One of the pandemic hotspots is the capital of Bamako. And it could be potentially catastrophic in the Bamako Central Prison, a colonial-era building which was supposed to house only 400, but currently has 2,100 inmates (with many held in pre-trial). As reported by RFI, the facility has had no registered cases through relying on basic hygiene practices, moving prisoners to other facilities and checking visitors' temperatures. Red Cross donations have increased sanitation supplies and prisoners are even manufacturing masks to wear and be sold. As prison warden Colonel Adama Guindo told RFI, "If the monitoring continues to be done proactively, we have every chance of being spared. We're in the middle of the river, but we can't declare victory until we've reached the other side."

Indian overflow: Despite efforts to let more people out on parole, India is also facing overcrowded prisons, with facilities in Delhi receiving on average 80 new inmates a day. Despite the country's Supreme Court urging prisons to decrease their populations, many are caught up in the justice system, where the limited supply of judges is overwhelmed by the high number of cases. As Jai A. Dehadrai, who practices in the Supreme Court, writes in The Wire, "It would be most unfair for our decisionmakers, who enjoy the privilege of sanitized safety in their homes and offices, to not spare a thought for prisoners — especially those presumed innocent in the eyes of our legal system." Dehadrai writes that underfunding in the system enforces inequalities.

Political tool: In Nicaragua, the government is using the pandemic as a tool for silencing dissenters. Since anti-government demonstrations began in 2018, more than 90 activists have been sent to prison on trumped up charges, Al Jazeera reports. President Daniel Ortega, who has been in office since 2007, was implicated in the violence at demonstrations that led to the deaths of more than 300 people.

More recently, Ortega has been accused of downplaying the severity of the pandemic in the Latin American country, even as coronavirus began to spread in March at "La Modelo," the country's largest penitentiary and where many government dissenters are kept. The prison has done little to help inmates. Instead, visiting family and friends bring medication and food and ask their loved ones medical questions so they can consult with an outside doctor.

The government has released more than 6,000 inmates since April, but only four activists were among those set free in mid-July. As Erika Guevara-Rosas, Americas director at Amnesty International, tells the human rights organization, "Nicaragua is facing a question of life or death. We are not only talking about freedom, but the lives of dozens of people who were put behind bars in order to silence them. The question is: How far is Daniel Ortega willing to go to keep them in silence?"

From Astrophysics To Zebras, A World Tour Of Weird Livestreams

Remember when time was one of the most limited resources anybody could have? Juggling our ...

Skiing Across Sweden-Norway Border To Slip Past COVID Lockdown

There was only one problem: the weather.