In both Okinawa and Iwakuni, locals worry that American soldiers and their families are importing the virus and not doing enough to contain it.

IWAKUNI — On the ground floor of a small beige building, between two vacant lots along the highway that leads to the U.S. military base in Iwakuni, in southwestern Japan, the Sako cafe is bustling again after closing briefly due to the coronavirus.

The walls are covered with pictures of fighter jets, dollar bills left behind by visiting servicemen, and an autographed picture of George W. Bush getting off the presidential helicopter. Missy Hamano, who has been preparing BLT sandwiches for 54 years — for G.I. customers and their families — is hard at work.

"Since the reopening in early August, we've had a lot of people, but customers are still cautious and buying mostly take-out," the lively, elderly woman explains.

The eatery had to shut down for almost two weeks in July after COVID-19 was discovered at the American base. The virus was imported by the family of a U.S. soldier, and it was a shock not just for the city of Iwakuni but for all of Japan.

After arriving in Tokyo on July 12, the family members were tested for the virus at the airport. But rather than wait for the results, they boarded another plane to Iwakuni. Once there, the results came in. They'd tested positive but asymptomatic, and spent 24 days in quarantine.

The U.S. military base subsequently confirmed a new case, also asymptomatic, on Aug. 6 and reiterated its commitment to "maintain aggressive measures to mitigate the risk of exposure to COVID-19, both on and off the base."

What happens on the American base is always a sensitive issue in this city of 130,000 inhabitants, known for its wooden "Kintai" bridge, built in 1673. The coronavirus cases are no exception, and yet don't seem to have caused any lasting damage to the relationship, which dates back to 1952, when U.S. marines were first stationed here. 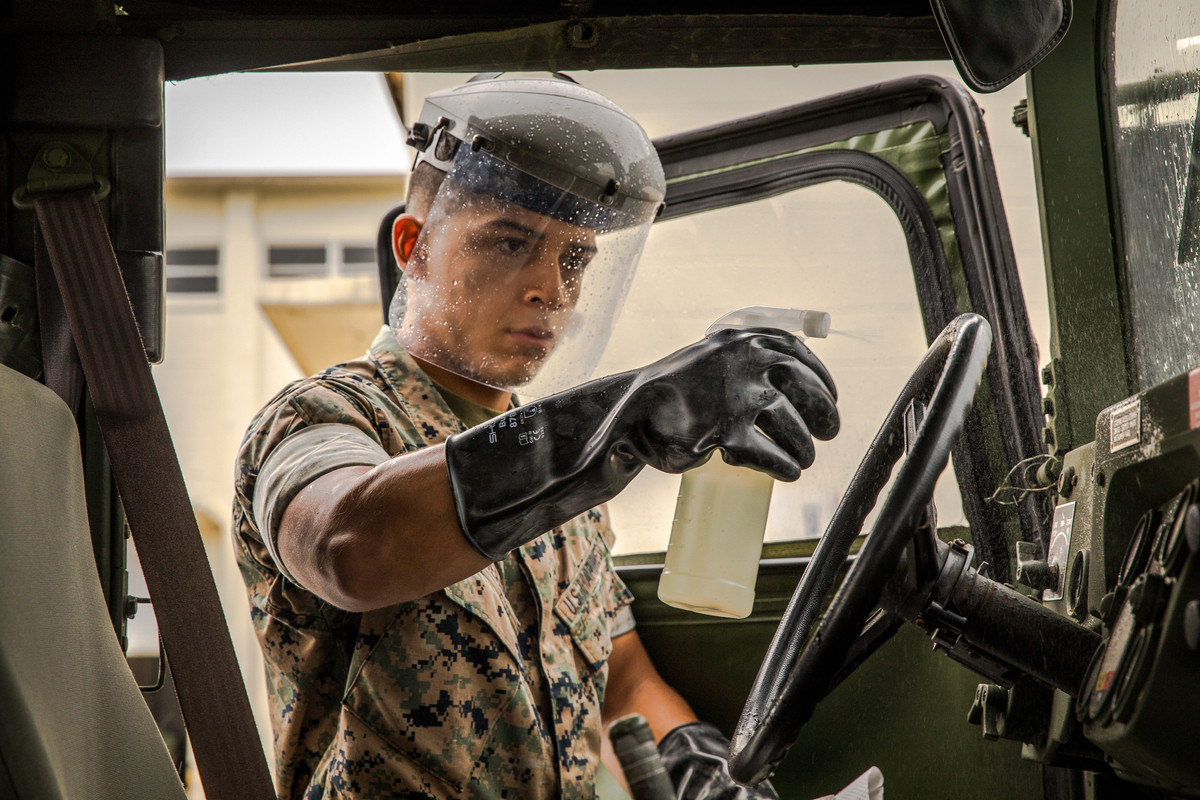 The soldiers share the facilities with a unit of the Japanese navy, and as one as municipal employee (who prefers to remain anonymous) explains, they also have a history of intermingling with locals. The man grew up in a suburban area just outside the base, and recalls that there were American families in the neighborhood who would give his family gifts and invite them to barbecues.

"It was fun and lively on the weekends because girls would come from Hiroshima, an hour away by train, to have fun with the GIs. But that hasn't been done for a long time," he says.

Since the beginning of the pandemic, the U.S. military ordered its members arriving in Japan to respect a two-week quarantine. These measures were reinforced in July, after the incident with the infected family.

Now staff are required to take a test on day 12 of their two-week isolation period and wait the results before resuming their normal lives. Also, as of July 21, the Pentagon authorized U.S. bases in Japan to disclose the number of positive cases. Earlier in the year, in March, U.S. Secretary of Defense Mark Esper announced that for security reasons, that information shouldn't be disclosed.

But while the inhabitants of Iwakuni seem to have regained confidence thanks to the measures taken by the U.S. military command, the bases in Okinawa — two hours away by plane — continue to arouse mistrust.

On Aug. 17, the Okinawa islands, in far southern Japan, counted 1,656 cases, 33 more than the day before, including 114 at the Marine Corps Air Station Futenma and 162 at Camp Hansen, a U.S. Marine Corps base. The seriousness of the situation prompted Governor Denny Tamaki to extend the state of emergency, which began Aug. 1 and was initially supposed to last just two weeks, until Aug. 29.

The local authorities did not hesitate to blame the Americans for the increased number of infections. They pointed specifically to July 4, when U.S. soldiers celebrated on beaches and in town. Mamoru Henna, a representative of Japanese employees on U.S. bases, told the daily paper The Japan Times that questions were also being asked about the "seriousness of compliance" on the bases.

Governor Tamaki, elected in 2018 on a position hostile to the American military presence, described the attitude of the military as "regrettable at a time when the people of Okinawa are doing everything possible to avoid further contamination."

The Japanese archipelago Okinawa is both a popular travel destination and home to the highest rat...