Colombian Farming: The Costs Of Replacing Coffee With Avocados

The country has been promoting the Hass avocado since 2016, and proudly publicized in early June the arrival of its first 1.6 tons of Hass in South Korea, Asia's fifth biggest importer of avocados. But on May 29, the Senate's Fifth Commission, which considers land and environmental issues, questioned Agriculture Minister Rodolfo Enrique Zea about the effects of Hass farming in the Quindío department.

While the government is keen to boost avocado exports — the country exported more than 77,000 tons in 2020 — environmental concerns have grown in the three departments with just over half of all avocados, Antioquia, Caldas and Tolima. A well-known reason is that the avocado is a thirsty fruit. Comparatively, while a banana is grown with 160 liters of water, the avocado requires 227 liters. It has been blamed for water shortages in other producer countries like Chile and Mexico. Zea told the committee Hass was cultivated in rainy departments that allowed it "to be planted with drainage not irrigation systems."

Besides water, some avocado farms, which may be foreign properties, are cropping up next to or inside protected woodlands, beside moors or skipping environmental permissions.

Mónica Flores, a spokeswoman for the CittaSlow lifestyle network said that many farmers have been pushed into farming avocados and other cash crops by the collapse of coffee prices after 1989. While traditionally, the local crop was coffee, she said many farmers going broke after the end of the International Coffee Pact, had heeded the government's suggestions to branch out. "It was citrus fruits or passion fruit, then came the banana boom..." and then came the avocado.

In 2016 farmers asked for permission to plant 230 hectares of Hass avocado in the department, which she says have risen to 2,000 hectares in her Pijao municipality in western Colombia. "Foreign firms arrived to buy land, just to plant Hass avocado," she says.

Besides concerns that small-scale farmers being forced to sell their plots and the demise of the region's coffee-growing culture, there are worries about the impact of cultivations on protected areas. This, she says, is the case with the Doña Eva estate, owned by the firm Inversiones ASL S.A.S., whose crops are in a reservation and close to two rivers. "We're not saying they shouldn't plant avocados, but that it should be done respecting soil use and environmental conditions," she says.

Inversiones ASL told El Espectador that only 680 hectares of Doña Eva's 2,433 hectares are used for the avocados, and there are no plans for developing "future planting or production of avocados in these areas."

There are complaints of avocados being planted next to palm trees.

The Quindío Autonomous Region Corporation (CRQ), the local waters and environmental authority – has imposed regulations to prevent the destruction of emblematic wax palm trees, after reports in 2020 of five being burned down on the estate and avocados being planted next to the trees. Currently the CRQ is looking into 10 other reports of environmental offenses by avocado farms, says a CRQ adviser, Jáider Andrés Lopera.

The nearby district of Cajamarca in Tolima made the news in 2017 for its referendum rejecting mining there by the firm AngloGold Ashanti. Today it faces another environmental threat in avocado farming. The "rumors began in 2017," says Róbinson Mejía, head of the local Environmental Committee in Defense of Water, about reports of AngloGold buying up plots. "In 2019, we saw how avocado firms arrived, paying good money for land. They were paying 50 million pesos per hectare (more than $13,000)," nearly five times the average price for a hectare in Cajamarca.

Mejía estimated that some 3,000 of the district's 51,000 hectares were now reserved for avocados, with AngloGold still owning 5,000 hectares. "They're outsourcing the land," he said. One of the country's cultivators is Green Super Food, a registered Colombian firm, but part of a Chilean conglomerate, Inversiones Benjamin. Some 1,300 hectares of its farming lands in several departments are used for avocados. The firm has asked for several water-related permits in Tolima, though not necessarily for avocados alone, and has penalties pending too for several environmental infractions.

In Cajamarca, like Pijao, there have been complaints of avocados being planted next to palm trees, or others being burned to make way for avocados. The Tolima water authority has also warned that the Coello river, whose waters are presumably used for avocados, is drying out. Green Super Food insist they are growing avocados in areas with ample or excessive rainfall, and citing FreshPlaza, a Spanish website, claim that in any case, avocados require less water than some other fruits. 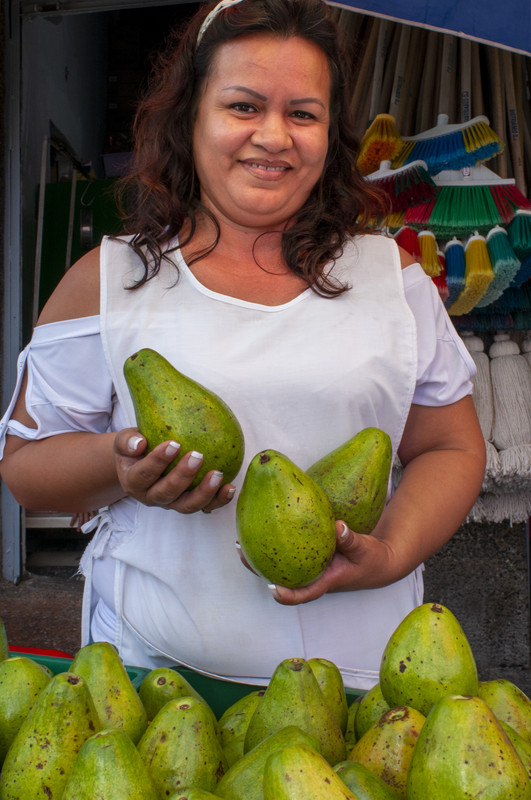 Avocados, planted mainly for exportation, also threaten the livelihood of small-scale farmers. In 2019 the Colombian academic Ángela Serrano published a paper in Nature and Space on how avocado farming was making traditional farming unprofitable, and inflicting ruinous losses on the peasantry living in districts where avocados have become dominant. She wrote these were a monoculture fit for big enterprises, and a small plot holder could ill afford to invest his savings in a potentially risky business. Likewise big firms made more than enough avocados to cover the domestic market, from which small-holders were effectively excluded. State policies, she concludes, favor big farming in Colombia at the expense of the small farmers.

The fruit may be a perfect example of the globalization conundrum: are customers enjoying its taste and texture in South Korea, Europe and the United States even aware that its production is changing the landscape, running rivers dry and disrupting the lives of helpless folk in rural Colombia?