The decisive reelection of the left in Bolivia, after Evo Morales was crudely ousted, is a message to all those powers that aim to unseat the popular will.

BOGOTÁ — Bolivia has shown that nations learn a lesson when they lose their rights, and must gamble it all to win them back.

From the first day of last year's "suggested coup" by police and army against socialist President Evo Morales, Bolivia's native communities led the resistance, and paid the price in killings and repression at hands of the extreme right. A few months of zeal in privatizing the economy were in turn enough to convince the urban middle class that they were not living a "lesser evil" after Morales, whose reckless reelections had enraged them. They joined this indigenous mobilization, realizing that all the progress made toward a better life was at risk. But they did it quietly. They kept their voting intentions hidden until the last minute, lest elections be postponed yet again.

Thus the election results on Oct. 18 defied polls, and became the real meter of opinion. Only an avalanche of votes for MAS, the socialist movement that backed Morales, could prevent fraud or a refusal to recognize the results — and this is what happened.

Now, Bolivians must maintain a permanent state of mobilization — like the minga or collective protests of native Colombians who intermittently march on the capital to defend their rights, to prevent further coups, and ensure the parliamentary majority duly takes power.

So-called political cycles are not so clearly defined.

Seldom has an election so swiftly rectified a break with the constitutional order. The results will compound the elections' impact on global geopolitics, and are effectively a defeat for Donald Trump's authoritarian interventions, and those of his regional diplomatic arm, the Organization of American States. These results may now increase support for constitutional changes in Chile, encourage progressive alternatives in Ecuador and herald a complicated future at all levels for the political right in Colombia. 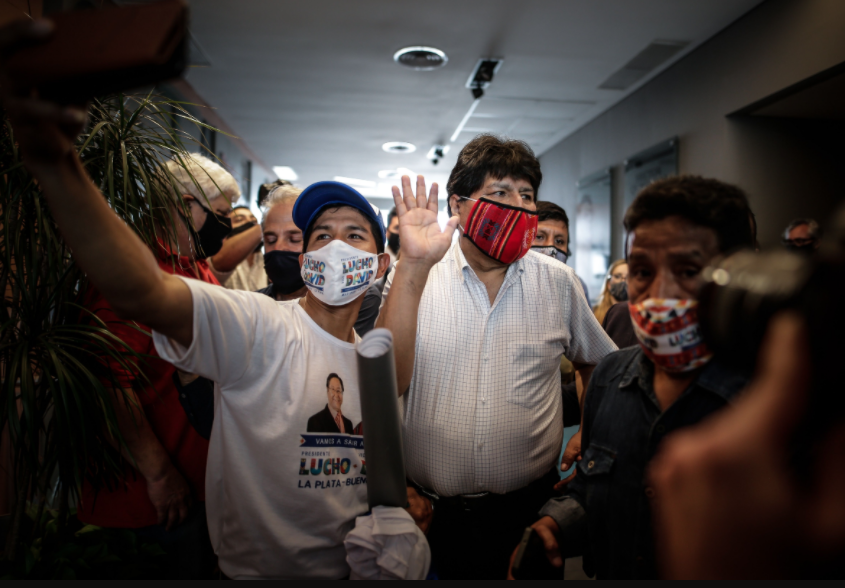 The election has also shown that so-called political cycles are not so clearly defined. They are determined by the zeitgeist, as the sociologist Erich Fromm might say, which combines subjective and objective elements that are unpredictable, and even not exactly real. Like the spirit of indignation and desire for change that characterize the protests of natives, the black community and peasant organizations currently marching and arousing consciences in Bogotá. Their protest conveys to anyone who cares to listen, the concerns of Latin American youngsters who have grown up in a context of inequality, exclusion, marginalization and violence imposed by the neoliberal, authoritarian version of capitalism.

This is time for neither political hubris nor human cruelty.

It is childish and dangerous to declare, as fascists and their ilk do, that such movements were cooked up by unspecified Chavistas and Bolivarians to discredit the state and its security forces, and take power using street protests. Rather, police and military forces have cause for reflection when they are dragged into policies of indiscriminate repression and attempted coups before having to face charges later on of rights violations and abuse of power.

Progressive elements in Colombia and elsewhere should also reflect, because they are the first to be surprised, and taken to task, by this generation's powers of mobilization and imagination. It is a generation that is angrily putting on the political agenda the right to study and work, our myriad cultural, economic and environmental problems, and its vision of a more inclusive, attentive and sympathetic way of life.

The questions that arise in a period of crisis are bound to find outlets, and will soon demand expansive programs forged from below. It is a message for all, that this is time for neither political hubris nor human cruelty.

Residents in the far-flung city of Trinidad, Bolivia can rest assured: 1,100 doses of the ...

Evo Morales Has Only Himself To Blame

The leftist leader had some worthy accomplishments during his long tenure as Bolivian president. ...