An Inside Look At Ukraine's Terrifying TB Outbreak

Strains of drug-resistant tuberculosis are spreading across Ukraine, where armed conflict and market misgivings are making a bad situation even worse.

KRAMATORSK — My car turns off the multi-lane main street, filled with 50-year-old Ladas and Soviet-style trucks, onto a road full of potholes and scrub. Beyond that is the Narkologia Dispenseria, a hospital somewhat hidden in a park in Kramatorsk, a city of more than 150,000 inhabitants in eastern Ukraine. With its crumbling, mint green walls it looks more like more of a bunker than a healthcare facility. Plaster falls off the walls and staircases inside. Neon lights cast a pale glow in the corridors.

The Dispenseria is like an outpost of the Ukrainian health care system, and Natalia Nikolaeva is the border guard. In silver shoes, the doctor keeps watch behind a desk on the ground floor. A pearl necklace embellishes her white laboratory coat. For about 100 euros a month, Nikolaeva stands here every morning, sorting methadone into cups and dispensing the pills to patients, who at 8 a.m. are already standing in a line to alleviate their withdrawal symptoms.

The clinic's 85 admitted patients have been addicts for many years, mostly of opiates. Every third person is infected with HIV. The Dispenseria provides treatment for the virus as well. The infected receive life-saving antiretroviral medications that suppress the HIV. This group, though, "is only the tip of the iceberg," says Nikolaeva.

The wait list to be admitted into the opioid substitution program is long, and there are many others, presumably, who need treatment but haven't even sought it out. Staff at the Dispenseria estimate that some 10,000 people in Kramatorsk alone are addicted to hard drugs. The abundance of narcotics has, in turn, spurred disease in Ukraine, where, next to Russia, the HIV rate is the highest in all of eastern Europe and Central Asia. Tuberculosis, TB, has also returned under these conditions. But unlike HIV, treatment against TB has mostly failed.

Treating even a weak-strain of tuberculosis is an ordeal. Patients must take medication daily for six months, usually with intense side effects. As of late, however, doctors have observed that for every fourth new tuberculosis infection, most antibiotics don't work at all. These so-called multi-drug resistant (MDR) bacteria strains have developed resistance against several agents. Treatment of MDR-TB is complicated and expensive; therapy lasts up to 20 months. The pathogen is especially aggressive in people with weakened immune systems — HIV patients, for example,

That the pathogen has spread so rapidly in the region also has a political basis.

Because people with tuberculosis are so poorly treated, resistance is on the rise. In Ukraine, the infected are isolated in hospital wards. This scares many of the them because they aren't able to go to work for several months and therefore many end up in poverty. And so they avoid treatment, or else abandon therapy prematurely because they feel healthy again — a fatal mistake. Ending treatment gives the remaining bacteria an opportunity to adapt to the agents and develop resistance. In due time, the disease comes back, stronger than before.

"Then, from a treatable tuberculosis comes a resistant, and potentially even an extensively drug-resistant tuberculosis," says Sherembey. With the most aggressive from, known as XDR-TB, chances of recovery are only minimal. Some 1,200 cases of extensively drug-resistant bacteria are currently recorded in Ukraine. Only India has higher numbers. The root cause for this development, Sherembey believes, is the miserable state of infection control in clinics and prisons. 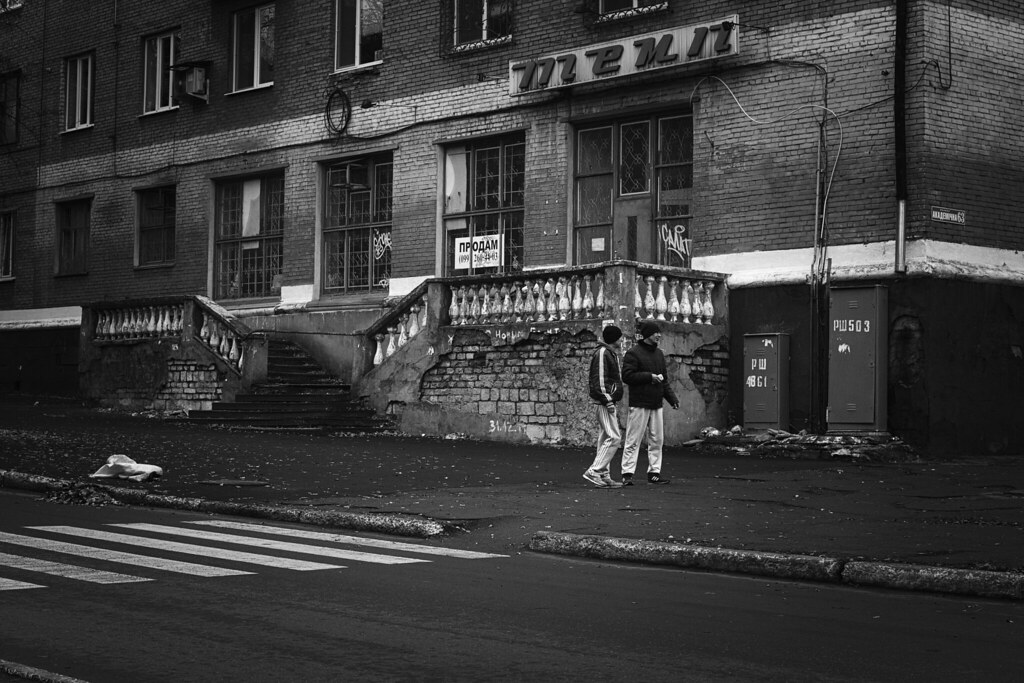 That the pathogen has spread so rapidly in the region also has a political basis. For almost five years, pro-Russian separatists have controlled eastern Ukraine. Some 10,000 people have died in the conflict, and there are still occasional skirmishes. In Kramatorsk, army vehicles loaded with heavy weapons and soldiers depart in the direction of the "contact line" with the separatists, a few dozen kilometers to the southeast. Health refugees have streamed in the other direction for years.

Dmitri Volkov is one of the them. He comes from a small city east of the disputed border. After the separatists took over, doctors somehow kept the local program for addicts and HIV patients running for a year. "From one day to the next, there was no medication," says Volkov. Instead, there was constant bombing. "I was very scared." The refugee now lives in Kramatorsk. Another patient tells me that he travels from one side to the other every day. Today, his commute lasted four hours. He was held up at the border crossing for two hours. Thousands have fled for health reasons.

It's difficult to judge how the situation looks for those who stayed. Two years ago, Doctors Without Borders discontinued its tuberculosis program in the self-declared People's Republic of Donetsk. A committee of separatists had accused the organization of espionage and revoked its accreditation. The organization withdrew in protest.

There are no published numbers on the spread of tuberculosis or HIV in Luhansk, the second self-declared people's republic. Aid agencies in Kiev have reported on the bad conditions along the border, where both sides stand face-to-face. Because women there hardly ever have legal ways to earn a living, an enormous, unregulated and unhygienic market for prostitution has developed.

The conflict between Russia and Ukraine has had an especially negative impact on the treatment of XDR-TB, the most dangerous form of tuberculosis. The pathogen is evolving. And yet to treat it, doctors are using the same antibiotics they did 50 years ago. Recently, two new medications came on the market, Bedaquiline and Delamanid. And they've proven effective in some cases. When physicians from Doctors Without Borders recently healed a patient of extensively drug-resistant TB bacteria in Belarus, the organization hailed it as a milestone.

There is a huge shortage of new medications against TB.

In Ukraine, though, the drugs are unavailable for political reasons. Janssen and Otsuka, the manufacturers, licensed the sale of the medications in Ukraine to the Russian pharmaceutical companies Pharmstandard and R-Pharm. But since the conflict's outbreak, Russians are no longer allowed to do business in Ukraine. The effect is that physicians do not have access to the medications. The Japanese firm Otsuka is supposedly working on the problem. Next year, it wants to offer the medication separately on the Ukrainian market. 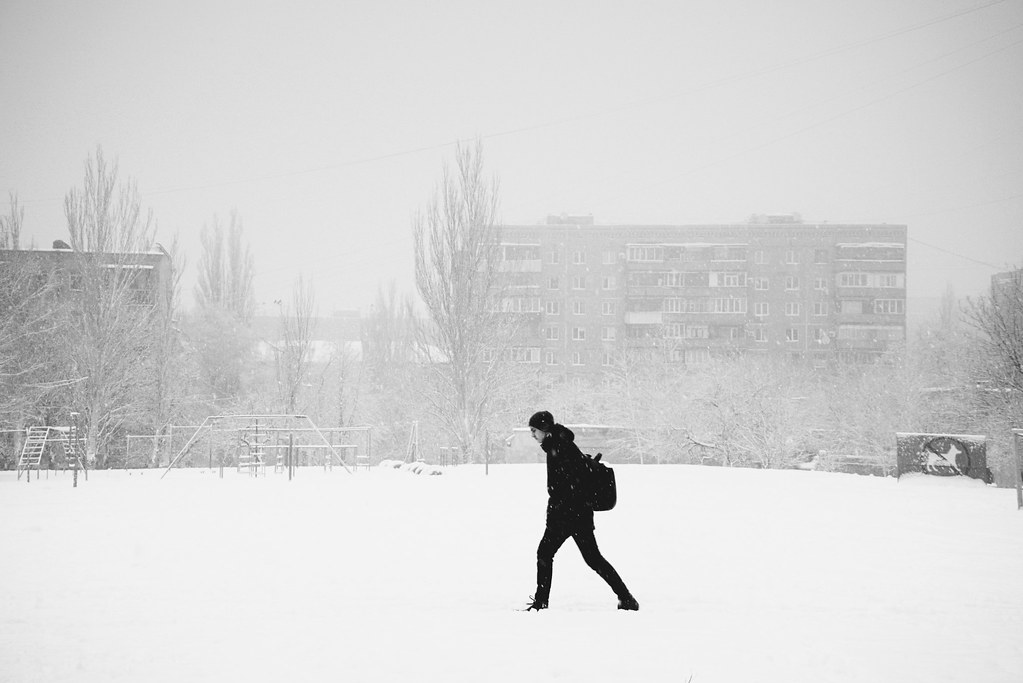 But the problem is larger than two, single antibiotics. "There is a huge shortage of new medications against TB," says physician Yuri Varchenko in Kiev. For pharmaceutical companies, the disease is financially not interesting enough for them to research it. This might seem paradoxical given the size of the epidemic. After all, 10 million people worldwide contract TB annually, and 1.7 million die. And yet, with the exception of eastern Europe and Russia, the sick live in the slums of India, Pakistan, and southern Africa. In other words, they are hardly a solvent clientele.

"The market just isn't interested in this issue," says Varchenko. With this market failure comes a great deal of ignorance: As early as the mid-20th century, many epidemiologists falsely maintained that the pathogen was as good as eradicated.

"We need earlier diagnoses, new drugs, and a better vaccine," says Stefan Kaufmann, who, as director of the Max Planck Institute (MPI) for Infection Biology, has researched TB for decades. Only then can TB be stemmed. Kaufmann estimates that annually, 2 billion euros alone would be needed for research. That's four times more than today.

A new vaccine is urgently required. The vaccine in use today, developed decades ago, no longer offers protection. Kaufmann himself has recently launched a three-phase study in India. There, beginning next year, 2,000 adults are set to be immunized in order to test a new agent developed by MPI. This is because the sickness reappears in up to 15% of people who are already considered healed, often in a tougher form.

"Precisely these types of people are now being inoculated," says Kaufmann. The MPI director expects results by the end of 2019. "It would be the first successful vaccine" — but only if everything goes as planned.

What Ukraine Has To Lose In Biden-Putin Talks

Ukrainian President Volodymyr Zelensky is delusional in believing that the U.S. and Europe will f...