The Worldwide Epidemic Of Counterfeit Drugs

Germany was once considered the world's pharmacy. Venerable companies such as Bayer and Höchst were market leaders. Now, distribution of production is global, and that means the black market puts lives at risk.

MUNICH — A deadly epidemic is spreading globally. It can strike at any moment, in any country, and too often goes unnoticed. This epidemic, however, is not some new virus strain making people sick. Death sneaks up on the victims, brought on by that which is actually meant to heal, or at least ease the discomfort of the ill.

Counterfeit drugs pose a huge threat. The precise extent of the danger is unknown, but the World Health Organization (WHO) and other authorities agree that a growing number and types of counterfeit drugs are being circulated — and, according to their estimates, up to one million people die because of such illicit products every year.

But contaminated or adulterated drugs are not the only dangerous part of this formula. Another serious problem is incorrect dosage in the production of the medication. The substances used may be clean, but too much or too little of an active ingredient can have lethal consequences or render the treatment too slow, or ineffective.

The cause of death is still classified as undetermined for Robert Allen, a 44-year-old who had received infusions containing blood thinners in Phoenix, Arizona in 2008. He is one of dozens of patients in the U.S. who died after receiving adulterated heparin, a blood-thinner. His widow Charlisa, a physician herself, sued the drug's producer, Baxter. Legal proceedings have been long and the case is only now going to court, nine years after Allen's premature death.

In 2008 it was discovered that heparin produced in the Chinese city of Changzhou had been adulterated. In the United States alone, the Federal Drug Administration (FDA) has traced at least 81 deaths to the drug. In addition, there were nearly 800 reports in the U.S. of serious health incidents following the administration of heparin, most of them anaphylactic shock cause by an allergic reaction. In Germany more than 80 serious incidents involving adulterated heparin were reported. But in those cases it was heparin distributed by the pharmaceutical company Rotexmedica, based in Schleswig-Holstein, Germany, not Baxter.

The blood thinner is extracted from pig intestines. In the Changzhou area, there are 30 factories that produce heparin for the global market and many German and American pharmaceutical companies get their products from there.

The FDA was forced to admit that "it couldn't entirely understand the Chinese trade routes." It also admitted that it had not inspected the Changzhou plant, usually a legal requirement. Chances that an American or German authority would close down production of a plant when imperfections are found in a drug are small. A spokesperson for the German Federal Institute for Drugs and Medical Devices (BfArM) lamented at the time that organizing onsite inspections "is not that simple. Addresses in China are hard to understand."

So does drug safety depend on language skills? The Munich-based author and director Daniel Harrich has researched the matter for years and interviewed victims. The German TV station ARD broadcast his film Poison, as well as the documentary Dangerous Medicine, which explains the networks operating within the pharmaceutical sector. His book Pharma Crime was published by the Heyne publishing house.

The titles sound drastic, but this is not a matter of scare-mongering. The WHO warns that, "no countries remain untouched by this issue." The organization notes that what was once a problem typically limited to countries in the developing world has now become an issue for all, in large part because the Internet has accelerated the globalization of the drug market.

As always, the poorest countries are the worst afflicted. In sub-Saharan Africa 30-40% of medicines are counterfeit, and in Russia, Asia and Latin America the rate is estimated at 10-20%. In North America and Europe only 1% of drugs are believed to be counterfeit, but this would mean an estimated 1.4 million medicine packages yearly in Germany alone.

"I saw a lot in my 30 years working for the criminal investigations agency, but when I worked the pharmaceutical industry, I was shocked by the extent to which people's health is compromised in order to make money," says the former security chief of one of the world's largest pharmaceutical companies, asking to remain anonymous. "German pharmacies are relatively safe, but you are not immune from counterfeit medicine. Everything is being counterfeited, from antibiotics to the pill."

Huge profit margins have long attracted organized crime, and not only are lifestyle products counterfeited, but even very expensive cancer drugs. "In Germany I don't think the danger of counterfeit medicines is great," says Wolf-Dieter Ludwig, head of oncology in Berlin and chairman of the Drug Commission of the German Medical Association (BfArM). "But we do have patients from abroad, like Russia for example. It is a huge problem there. With some medicines, such as antibiotics, we are able to tell that they do not work because the blood test results do not change."

André Said of the Federal Union of German Associations of Pharmacists, says the battle is on against the black market. "We have been competing with criminals for years, trying to prevent counterfeit drugs from ending up on the market," he said. "Production and distribution are intertwined, and more transparency would be a distinct advantage," 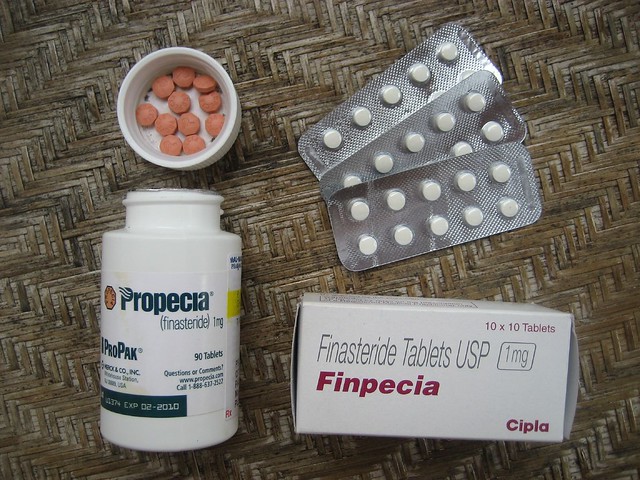 Germany was once considered the world's pharmacy. Venerable companies such as Bayer and Höchst were world market leaders. Now, price pressure and profit-making have led to the distribution of production around the world. While every simple egg sold in a market has a stamp providing information about its origin, with medicine it is nearly impossible, even for experts, to determine where the components were made. "The production of raw materials, active ingredients, excipients, intermediate products, and the final release of products can all take place in different places," says Maik Pommer from BfArM. "Marking medicine, as one does with eggs, is therefore not possible. But production sites in foreign countries are subject to monitoring, some of which is conducted by competent authorities from EU Member States."

Can this succeed? The bare-bones Indian pharmaceutical company shown in Poison was not some movie set but a drug production site certified by the local regulatory authority. And is it really possible that there are no health incidents caused by adulterated medicine in Germany?

In March, Rotexmedica, the Schleswig-Holstein-based company, recalled some of its heparin injection solutions. There were "reports of its ineffectiveness" of the blood thinner after it was administered. The lot in question, No. 60,502, consisted of 205,000 vials distributed to 68 hospitals in Germany. Management said this was "not due to defective quality," but rather "reduced efficacy, which caused no harm to patients." But how can they be sure: What if a medicine, like heparin, is not effective as a blood thinner and blood clots form?

The active ingredient in heparin batch recently recalled by Rotexmedica also hails from a Chinese factory. The company defended itself saying it was "a distributor certified by the German authorities." But according to a statement made by Rotexmedica, the last official control of the Chinese heparin supplier was conducted in June 2014.

The chief foreign policy correspondent for Die Welt chimes in on Trump's decision to reduce the n...

In an open letter, more than 2,000 academics made the case recently for bringing students back in...