China may be relieved to see their bitter adversary withdraw from power. But President Donald Trump was also Exhibit A for the Chinese regime to show the Western democratic system on the verge of collapse.

PARIS — "China is relieved, but it still has concerns in the short term and is under no illusion for the medium or long term." In just these few words, my contact, an astute Chinese-American analyst of China based in the United States, has managed to sum up China's reaction to the US presidential election.

The country's leaders are genuinely relieved by Joe Biden's victory. It wasn't President Donald Trump's policies that worried them as much as his personality. Like the financial markets, the Chinese don't like uncertainty. Trump's unpredictability was particularly disturbing for them. And the Beijing rulers, "Leninist Mandarins," were never able to get used to the style of the 45th president of the United States. Such incessant familiarity, vulgarity and vague relation with the truth for the leader of what is still today the world's leading power, and the country that China is trying by all means to catch up with, and then to surpass in the next 15 to 20 years.

This natural, deeply felt relief is accompanied by some short-term anxiety. With less than two months before Biden's inauguration, will Trump attempt something to permanently damage the relationship between the United States and China?

Trump lays the blame for his defeat firmly on China. Without the "Chinese virus," wouldn't he currently be working on a smooth transition period between his two terms? His loyal entourage made up of Republican "hawks," some newly appointed by him, will try to leave behind negative faits accomplis that the new Biden administration can't reverse. Take, for instance, the recent White House's decision to ban Americans from investing in Chinese firms that are owned or controlled by China's military.

But beyond instant relief and simultaneous concerns, there's also the fact that China is under no illusions about the future of Sino-American relations. The Chinese know the U.S. far better than Americans know China. Beijing knows that Biden's room for maneuver in terms of his Chinese policy will dwindle, especially since 67% of Americans don't trust China.

There are certainly more than just nuances between Republicans and Democrats on the Chinese question. For the Republicans, China is simply the number one threat, ahead of all the others. For the Democrats, on the other hand, China is not even on the list of the first seven threats, which are all internal. But China knows the United States has never been so divided, that Biden won on the razor's edge and that the Senate is still likely to hold a Republican majority. Any attempt to bring Washington closer to Beijing will be criticized by the Republicans who want to regain power in 2024 as a "Munich Betrayal." And the risk is that a majority of Americans might perceive the move as such.

China isn't happy about the possible return "democratic soft power," but it isn't too worried about it either.

By becoming the United States' main foreign policy concern, has China achieved what it wanted and erased the humiliation that it has suffered for over a century? Or has it instead lost out by exposing, from Hong Kong to Taiwan, its ambitions into the glaring spotlight? Only time will tell.

In this writer's opinion, Donald Trump could be seen as a poisoned gift. Could "the useful idiot," despite his business pugnacity, be Xi Jinping's "secret card" in his progress to ever greater centralization of power? Isn't Trump the absolute proof that democracy leads to chaos and that, in order to confront a pandemic, nothing beats an authoritarian regime and an ultra-centralized management that reminds citizens of the essential collective of civic duty?

At the start of the pandemic, some commentators remarked that COVID-19 would be for China the equivalent of Chernobyl for Russia — a "social tsunami" which led to the collapse of their Empire six years later. But the opposite has happened and China is able to face at least the immediate future with confidence. What if Donald Trump and COVID-19 were simply two viruses, one political and the other medical, whose simultaneity had resulted in deepening and expanding China's advantages — or at least those of Xi and the Chinese Communist Party, which isn't necessarily the same as all of China. 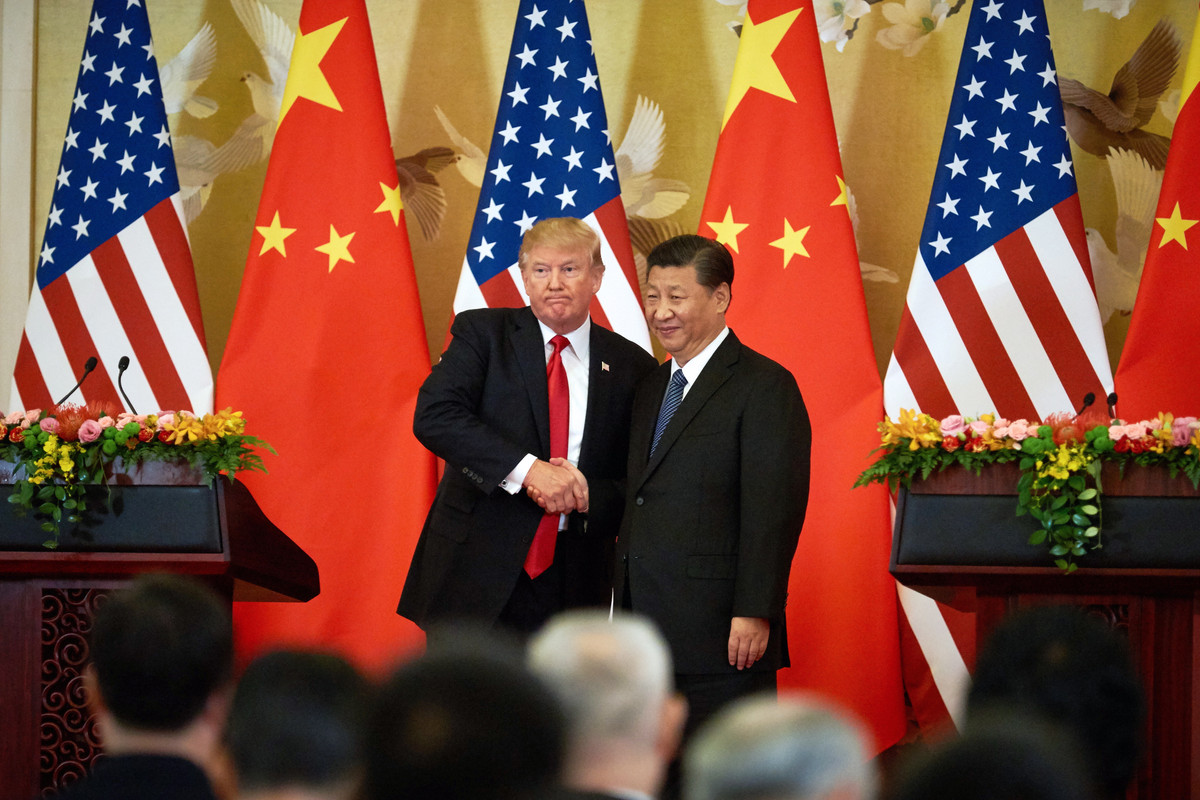 Beyond these considerations, the advantages and disadvantages for China of Joe Biden's victory are being pragmatically measured in Beijing. In terms of gains, Americans and Chinese will no longer appear as rivals but as partners. A Chinese expert recently told the New York Times that Biden sees China as a competitor, whereas Trump only saw China as an opponent — and that relationships between competitors are based on rules.

On issues as diverse as the fight against COVID or against global warming, China and the U.S. will be able to engage in a more confident dialogue. Confrontation on commercial and technological levels will continue, but in a more "civilized" tone. On a strategic level, the ball is in China's court. But for the country, there's no reason why it should limit its ambitions or change its behavior just because a potentially more conciliatory and moderate administration has come to power in Washington.

Beijing isn't willing to slow down its push in Hong Kong, as we have seen recently, or to take precautions in the way it treats Uyghurs in Xinjiang just because a president who's more concerned with human rights is moving into the White House. China isn't happy about the possible return of the United States' "democratic soft power," but it isn't too worried about it either. Trump or Biden, America will continue to be crippled by its divisions.

Biometric Risk: Why China Should Say No To "Face Swiping"

Registering facial recognition data with a biometric authentication application is all the rage i...