PARIS – "We're proud to be pioneers..." It was a few days before Christmas, and Air France CEO Anne Rigail had a smile on her face, as she sat in an armchair surrounded by other noteworthy personalities, including Bertrand Piccard, co-pilot of the solar-powered plane Solar Impulse.

Rigail was relishing the impact of an announcement she'd made a few weeks earlier: In early January 2020, Air France would offset all carbon emissions from the "450 domestic flights" it runs daily, by funding projects to "plant trees, protect forests, transition to sustainable energy or protect biodiversity." A few days later, British Airways and EasyJet followed suit. The budget airline went even further, declaring that it would be the "first carbon-neutral airline company in the world."

So why are companies suddenly setting this challenge for themselves, at the cost of millions of euros, without anyone asking for it? Firstly, forests are the unrivaled star of "voluntary" carbon offsetting, a market that allows companies to fund projects that reduce or offset emissions. In return, the companies receive carbon credits. In 2018, there were twice as many projects linked to forests and land management as renewable energy. And the numbers are still growing. This is nothing surprising, given that newspapers are full of images showing Australian bushfires, smoke rising from the Amazon, and even forest fires in France. Trees have become a powerful symbol of environmental destruction. 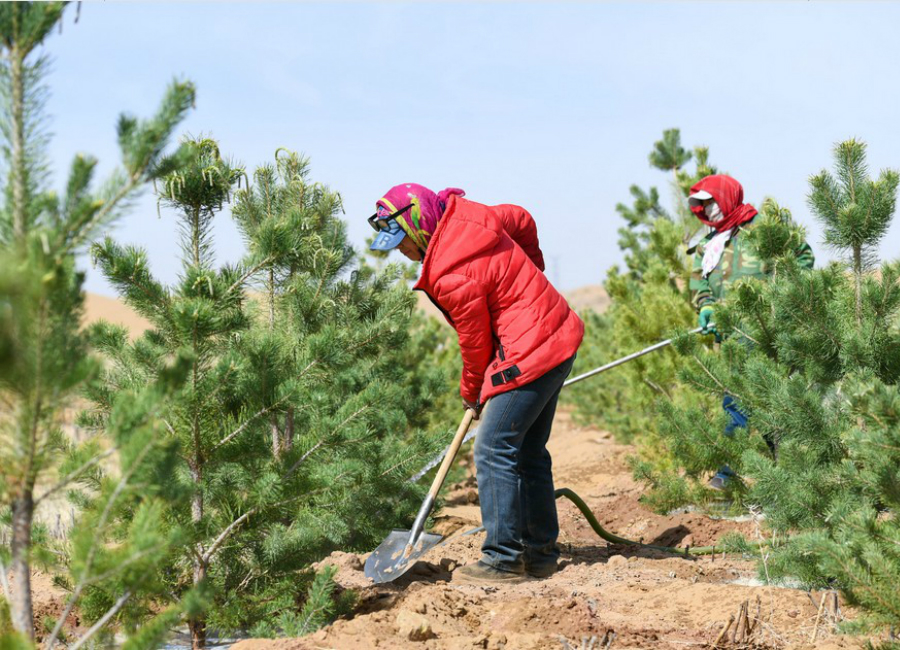 Eurostar has also promised to plant a tree every time one of its trains crosses the Channel. This will mean 20,000 trees planted every year in woods across Britain, France, Belgium, and the Netherlands. As for the petrol companies, they are also opting for "solutions based on nature." Shell wants to plant more than 5 million trees this year in the Netherlands and is launching similar projects in Spain, Australia, and Malaysia. The same goes for Italian energy company ENI, which is launching a project covering 8 million hectares in South Africa, Zimbabwe, Mozambique and Ghana. Total is also keen not to be left behind. In July, the French company announced its plan to invest $100 million dollars in reforestation projects.

This trend is driven by companies' growing anxiety around the climate emergency. And they're not alone. Ordinary citizens are demanding stronger regulations that will have an impact on all industries. Cars are a telling example. New regulations mean that auto manufacturers will have to "reduce their emissions by 20% between 2019 and 2020, when it took them ten years to reduce them by 25%," according to Euler Hermes.

In addition, "companies are under pressure from their employees," says Fabrice Le Saché, CEO of Aera, which works with more than 50 carbon offsetting projects in 20 African countries. "Some companies are finding it difficult to recruit graduates from the top universities," he says, referring to a manifesto signed by almost 40,000 students who refused to work for employers in conflict with their stand on the environment.

Those companies that don't yet have the technology to quickly reduce their carbon emissions find themselves in a difficult situation. "We have technological barriers," Air France's Rigail admitted during her press conference, despite all their efforts to modernize their fleet of planes or use biofuels. These efforts don't reduce "flight shame" (flygskam), a Swedish concept that is gaining traction across Europe and tarnishing the airlines' image. So they're turning to carbon offsetting.

This race against the clock means that the carbon-offsetting industry is growing. Gérald Maradan, CEO of EcoAct, the French consultancy specializing in carbon credits used by Air France and EasyJet, confirms that his services have never been so in demand. "Since October 2019, approaches from airlines, tour operators, insurance companies and banks have been rising, whether it's about carbon footprint, reducing emissions or carbon offsetting," says the businessman, who has been working in the sector for 15 years. With 1,000 clients already, EcoAct, which has offices in Paris, New York, London and Turkey, predicts significant growth in its revenue (22 million euros in 2019) this year.

The range of companies wanting to minimize their carbon footprint includes the French Post Office, Danone and MSC Cruises, as well as Formula 1 bosses. "Banks are starting to show interest as a way of making their portfolios more eco-friendly, but also offering new financial tools," explains Hervé Lefebvre, Head of the Climate Department at the French Environment & Energy Management Agency (ADEME).

Some are finding it hard to survive.

In general, companies use consultants, platforms or brokers who have links with organizations on the ground, often NGOs with projects that need funding. "These brokers – there are around 20 worldwide – control the market, almost like oligarchs," says one project promoter. As carbon offsetting is voluntary and therefore unregulated, there can be issues, especially when it comes to the brokers' profit margins, which are often not transparent. Some platforms, such as ClimateSeed, are trying to fix the problem by establishing a fixed margin of 15%.

Some standards, such as the Voluntary Gold Standard or Verified Carbon Standard, have emerged, imposing very strict criteria for projects to qualify for certification. The prohibitive cost of certification, especially when it comes to reforestation projects, combined with a "race to the bottom in prices" and a "competitive tree market", means that some organizations are finding it hard to survive.

This is made even more difficult because many companies are making no effort to hide their opportunism. "The most cost-efficient way to eliminate carbon, for less than ten dollars per ton, is reforestation," admits Patrick Pouyanné, CEO of Total. This means that tree-planting projects are sprouting up across the globe, to such an extent that demand is exceeding supply. "Air France would have liked to engage in more reforestation projects but the carbon certification is especially hard to earn in this area," says Maradan. "The company had to make do with two projects in Kenya and Colombia, and one soon to begin in France. Reforestation only represented 5% of the projects, with the rest made up of projects that prevent deforestation in Cambodia, Brazil and Peru (45%) and renewable energy and energy efficiency projects."

The organization Microsol provides more efficient stoves for isolated populations in the Andes, which are affected by melting glaciers. "Microsol generates between 200,000 and 300,000 credits each year through these clean cooking methods," says its president, Arthur Laurent. And the results are clear: each of the 100,000 families would otherwise have burned more than a ton of wood every year! However, Microsol is finding it difficult to sell its credits at a fair price. 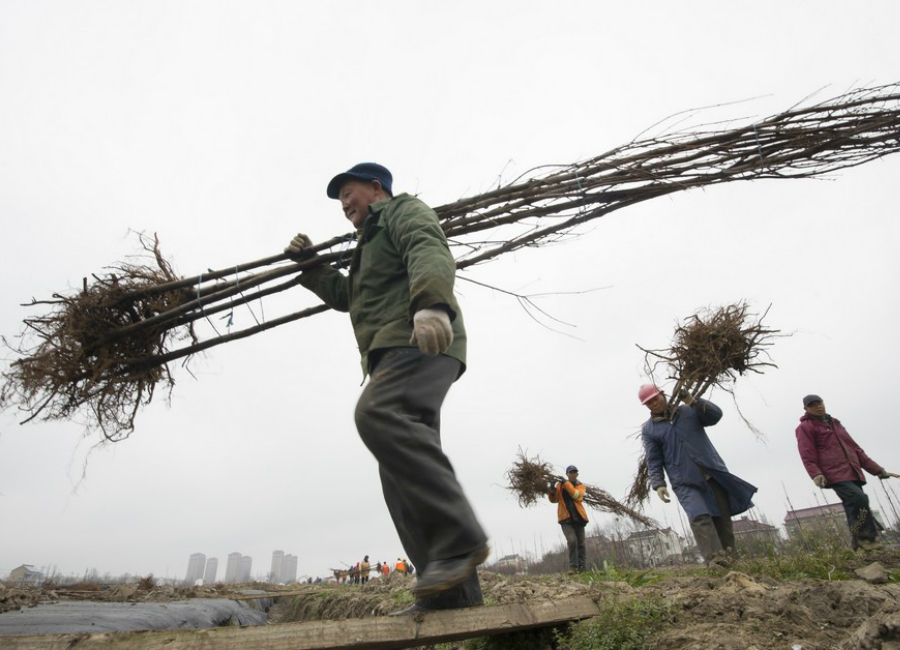 Some environmentalists, scientists and economists have expressed concerns about this trend, especially when they see the forest becoming a tool for greenwashing that distracts from the top priority: reducing carbon emissions across key parts of the economy. They say some of the claims are misleading. "One tree for one train journey, it's not that simple," says Sylvain Angerand, campaign coordinator at environmental organization Canopée. Offsetting carbon emissions through reforestation doesn't take into account the different timescales. As Jonathan Guyot, president of all4trees, says, "Trees planted today will take many decades to offset current emissions, whereas carbon dioxide remains in the atmosphere for around 100 years."

We need to change how we share out the value of carbon credits.

Due to climate change, forests are increasingly vulnerable to fire, insects and diseases, and we must also take into account the fact that, at very high temperatures, forests release carbon instead of storing it. Therefore, "it would be more helpful to talk about companies' contribution instead of carbon offsetting," says Guyot. There are many options for this approach. "For example, it would be more effective for companies to pay locals to preserve forests, encourage natural regeneration and develop agroforestry, or even to fund insulation projects, than to plant large numbers of trees," says Alain Karsenty, an economist at CIRAD, the French agricultural research and international cooperation organization.

It's difficult to quantify the effects of carbon offsetting, "especially the question of whether projects would have gone ahead without this private funding," says economist Christian Gollier. "We need to change how we share out the value of carbon credits, especially when it comes to international solidarity. We need to establish fair prices," says Renaud Bettin, a carbon-neutral specialist at Carbone 4.

Christophe Schmeitzky from Ernst & Young agrees. "We can't ask companies to use a high carbon price to guide their investments, and at the same time have a carbon offsetting market with low prices," he says, claiming that it offers no incentive and is even counterproductive. "Either the market regulates itself to gain credibility, or it will fall apart and the scandals will be blown out of proportion, completely discrediting it." A warning well worth heeding.

Rent Due: What COVID-19 Could Mean For Real Estate Market

Real estate markets are starting to stir from their Covid-induced slumber. After months of ...