100% Vegan: A Tempting But Misguided Recipe To Save The Planet

Can we imagine a planet without meat? - Milan De Clercq/Unsplash

It is necessary to drastically reduce our beef consumption for both sanitary reasons and to fight against climate change, yet livestock will remain indispensable for their contributions to the environment.

PARIS — By now, we have heard over and over again that we need to lower meat consumption. But by how much? According to an academic study by France's Nutrinet, one is advised to consume at most 500 grams of red meat per week, while according to the "Eat" study published earlier this year by Lancet magazine, the advise is to eat no more than 200 grams per week. The consumption of meat is the center of concern for nutrition specialists and environmentalists.

Fundamentally, a diet rich in animal products, such as red meat, makes one more prone to obesity, diabetes and cardiovascular disease. In France, as of recently, 21% of overweight people consume red meat, while only 12% are vegetarian. Similar trends are recorded abroad. "We associate a more plant-based diet with the reduction of risk for certain cancers," says Benjamin Allès, a researcher at the Nutritional Epidemiology Research Team located in Paris, France. 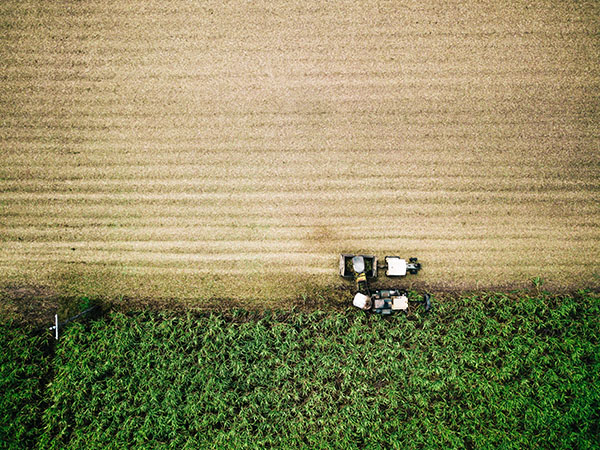 However, how can we imagine a planet without meat? Humans can do without it, as they can find substitutes in animal-derived products. Those that follow a strict vegan or vegetarian diet must use dietary supplements to replace certain nutrients and vitamins such as B12 that is necessary for our metabolism. These nutrients are commonly found in meat, eggs or milk. Medical supervision is often advised when one is first converting to a vegan or vegetarian diet. The results of a study on the health consequences of a vegan diet, conducted by the NutriNet-Santé platform, are due by the end of the year.

While the methane released from animals is more powerful, it dissipates over time, whereas the CO2 in cultured meat accumulates.

It is more difficult to imagine a planet where livestock breeding has disappeared because of the lack of meat consumption. "A generalized vegan dietary pattern would lead us to an environmental stalemate," says Thomas Nesme, a professor of agronomy at Bordeaux Sciences Agro. Livestock animals provide different services, such as the development of the grasslands which occupy half of the cultivated areas in the world. For example, environments that are in the mid-mountain range provide difficult environments to cultivate. "What would one do with the grasslands, since man cannot digest grass? In addition to food production, [livestock] provide a vital role for fauna and flora biodiversity and in the fight against climate change by storing carbon. They are important for both the regulation of water flows as well as their aesthetic role," says Thomas Nesme.

Humans are not the only ones that consume the agro-food industry, animals do as well. Animals consume co-products such as oil cakes from soybean. They then produce fertilizer from their droppings. In the global south, livestock feeds about 800 million people in poverty.

Animals can play a role in the transformation to come. "There is interdependence between the food systems and production and processing systems," says François Léger, a research director at AgroParisTech. Animals have played a major role in revolutionizing organic farming through a combination of polyculture and breeding. "If organic farming is to be developed, animals play a fundamental role in order to produce fertilizers," says Nesme. His laboratory is due to publish a study on that subject.

Researchers have estimated the impact of food on the consumption of farmland. The more our diets are rich in animal protein, the more land we consume. However, a study conducted in the Netherlands came to the surprising conclusion that the lowest point on the curve was not reached by a strictly plant-based diet, but rather by a diet composed of 12% of animal proteins, with some coming from milk.

"A world without animals would not be optimal, and the generalization of a completely vegan diet would require more land to feed the population than a diet with a moderate meat consumption," says Bertrand Dumont, a researcher at the French National Institute for Agricultural Research (INRA) at the University of Clermont Auvergne. 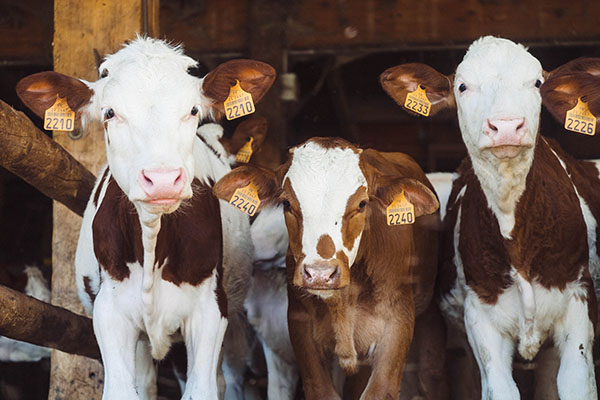 Animals have a role to play – Annie Spratt/Unsplash

And this is not only about herbivores. Pigs can be fed with food waste and other byproducts of the industry. "According to some studies, it would be possible to eliminate one-fifth of European farmland. This would be important because on average 30% of the food produced is wasted. Nevertheless, it is important to change the current European legislation, which does not allow (to feed pigs with waste)," says Dumont.

Criticism often converges on industrial breeding. "This method is densely practiced in Brittany, northern Germany and Denmark, and this model poses a major problem to the environment," says Léger. "Diversifying livestock would only have agronomical benefits, the diversification of crops and landscapes would allow us to use fewer pesticides."

A generalized vegan dietary pattern would lead us to an environmental stalemate.

This would imply another approach to breeding. "There is an ontological difference between producing animals and raising them. We must return to breeding that ensures the diversity of animal breed, feeds and territories," says Jocelyn Porcher, a former sheep farmer and current researcher at INRA.

"A change in diet that contains fewer animal products opens the door for new prospects for a transition to less productive agroecology," concludes a study conducted by the Paris-based Institute for Sustainable Development and International Relations (IDDRI). The report assures that a "generalization of agroecology, the abandonment of plant protein imports and the adoption of healthier diets," would be able to feed 350 million Europeans by 2050, despite a 35% drop in production.

By 2040, natural meat — whose sales are decreasing by 3% every year — will represent 40% of the public market according to a study recently conducted by AT Kearney. Lab-grown meat, or "cultured meat," will account for 35% of sales in comparison to plant products that will account for 25% of sales.

One must also look at the future and how lab-grown meat will affect the environment. Two researchers from the University of Oxford compared the greenhouse gas emissions of lab-grown meat with that of cultured meat over 1,000 years. While the methane released from animals is more powerful, it dissipates over time, whereas the CO2 in cultured meat accumulates. The researchers concluded that "lab-grown meat is not the most superior when it comes to emissions. Its relative impact will depend on the availability of low carbon production and other specific production systems."

Coronavirus — Global Brief: Quarantines Can Be Toxic For Domestic Violence

The Coronavirus Economy: How Bad Will It Get?

The epidemic, and the weapons being used to fight it, are having devastating effects on the econo...