Trains Or Planes? The Problem With Vilifying Air Travel

Not that bad, actually. - Killian Pham

The airline industry certainly has room for improvement, but dreaming of a rail-only future ignores some practical and even environmental realities.

PARIS — What's better, trains or planes? From an environmental perspective, rail transport would seem to be the obvious answer. But is that really the case?

Economically, air transport has an advantage in that plane companies cover their entire operating costs. Not only that, but there's money left over, so to speak, because it's highly taxed: only half of the money spent on an average plane ticket from Paris to Marseilles ends up in the airline's coffers.

Trains, on the other hand, require numerous subsidies. Passengers don't pay the full costs of their trip. Taxpayers cover the rest. Do the ecological benefits of trains offset the additional tax burden? Not necessarily. A calculation of the full CO2 cost should include the signaling equipment and billions of tons of cement used to build high-speed lines, none of which appears out of thin air.

As people in France become more environmentally aware, the airlines — and Air France in particular — are facing a hurricane of criticism. It's gotten to the point where one green lawmaker even suggested banning planes on routes that compete with trains. But this position ignores the crucial economic role that short-haul flights play in connecting passengers to long-haul flights. France is one of the most dynamic domestic markets in Europe. Air France alone flies more than 100 million passengers a year. About half of those passengers make connecting flights.

For those flying within France, taking a high-speed train — the TGV, as it's known here — is an obvious alternative. In theory. But what if everyone did that? Could SNCF (the national train company) handle an additional 25 million passengers, especially on the already saturated route between Paris and Bourgogne? The answer is no, at least not without building a second physical network. And in that case, the train's carbon footprint would go from green to red.

The plane doesn't deserve the fate that ecologists have in store for it.

The traditional airlines have built their growth model around alliances and control of the domestic market. Without all the feeder flights that come into Charles de Gaulle, its Paris hub, Air France would go the way of Alitalia and be reduced to a minor regional airline. Economist Geert Noels reminds us, furthermore, that worldwide, about 80% of flights cover more than 1,500 kilometers. The train just isn't a viable alternative over such distances.

The plane doesn't deserve the fate that ecologists have in store for it. In 15 years, passenger distance increased by 60% while the rise of CO2 emissions from the sector rose just 15%. Engine manufacturers have made tremendous progress reducing the carbon footprint of aircraft.

The airplane is an essential tool for international trade. But that doesn't mean we shouldn't reexamine the industry's competitive logic from a sustainable development perspective. How can we accept, for example, that tickets for a Paris-to Madrid-to New York flight cost significantly less than a direct — and much shorter (by 1,000 kilometers) — Paris-to-New York flight? 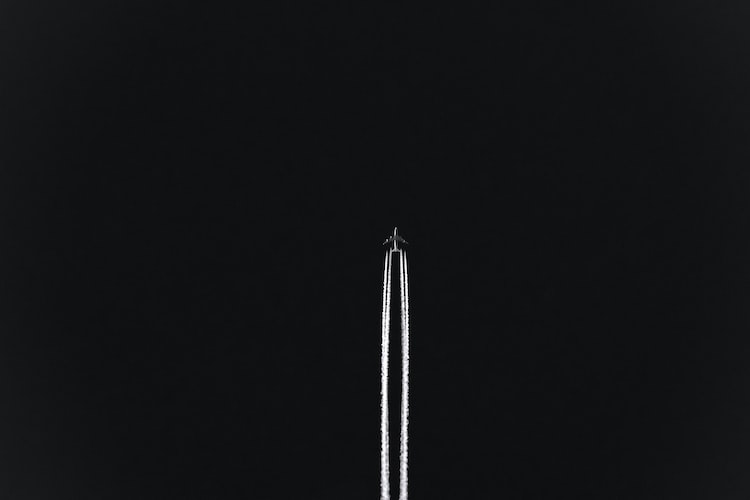 The same questions can be asked about east-bound flights, and about airline companies from the Persian Gulf region that have built a fortune using this system of strategic layovers and low-cost tickets. With their predatory prices, they come and feed off the European market — and with no regard for the environment.

In the meantime, there's talk of making European airlines pay additional taxes. But that would just increase the price gap with outside competitors and encourage passengers to travel unnecessary kilometers. Is that really what we want?

*Pascal Perri is a French geographer and economist, and the CEO of PNC Economic

-Essay- PARIS — The rendez-vous was for last January 21, on the anniversary of Louis XVI's ...

Get Up! New Studies Warn About Taking Pandemic Sitting Down

PARIS — Are you sitting down? Probably. Yes, there are new studies that show the collateral ...