Sweden's youth see caring for the old and sick as the business of the public sector. But as the welfare state gets weaker, the elderly can rely on neither the system nor the family.

My home country, Sweden, has had the world's attention since the outset of the pandemic. Its COVID-19 strategy included flirting with the so-called "herd immunity" approach that chose lighter government restrictions and broader acceptance that the virus can't really be stopped. But back at home, the deaths of thousands in nursing homes during last spring's initial peak put a spotlight on a more longstanding public neglect of the country's elderly population. In the months since, and as Swedish politicians have kept busy trying to explain away this failure to protect the most vulnerable, an uncomfortable question has hovered over the rest of us: Could it be that our society doesn't actually care all that much about old people?

The ethical debate over how to value the lives of old people is of course not a province of Sweden alone. Yet, it is particularly in such countries in the West considered socio-economically advanced where respect for the elderly has been called into question. In a recent article in Paris-based daily Les Echos, French political scientist Dominique Moïsi puts the blame at the feet of Western individualism, pointing out that this generational rift is far less pronounced in Asia:

"The fight against COVID-19 does not translate as the success of Eastern despotism over Western-style democracy," Moisi writes. "If there is victory in Asia, it is not Mao's, but Confucius'. Conversely, the defeat of the West, if it can be confirmed, is not that of democracy, but of frenzied individualism."

Indeed, the retreat of collectivism in most Western countries has been a blow for our grandparents. In Sweden, as well as in other European social democracies, this shifting attitude paradoxically has its roots in the expansion of collective ideals; it was the ballooning of the welfare system in the ‘60s and ‘70s that unloaded the responsibility for the elderly onto the state. 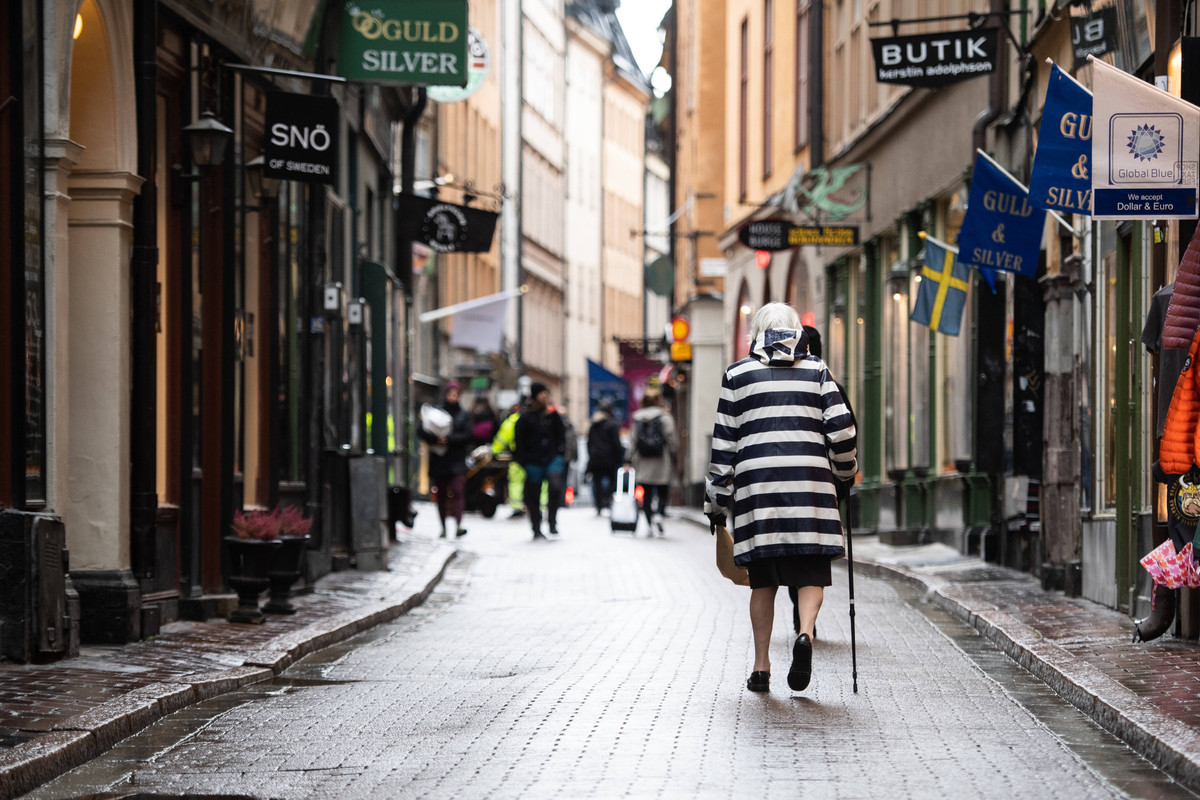 Could it be that our society doesn't actually care all that much about old people? — Photo: Amir Nabizadeh

Swedish millennials have consequently been raised with the idea that caring for the old and sick is the business of the public sector. Today, as the Swedish welfare state is growing weaker and poorer, the elderly can rely on neither the system nor the family.

This is not news per se. Already in 2015, Stockholm-based daily Dagens Nyheter reported on a study where Sweden scored the second-lowest in the world by perceived social standing of its elderly. A mere 0.7% of Swedes believed old people having an "extremely high" social standing — only the Netherlands ranked lower with 0.3%. Mostly, the study laid bare the enormous discrepancy in respect for the elderly between the West and the countries in the Middle East which ranked the highest.

No problem is more crucial than finding hope for the future without viewing old people as nothing but a cost.

Still, differences in national policies don't tell the full picture. The accelerating digitalization of our lives that is tearing at our social fabrics has a particularly insidious impact on those born before 1960. While technological advances like television certainly created a cultural divide between the young and old, it can't be compared to the depth of the rift caused by the information revolution in the last few decades. Today, young people learn, often before entering their teens, to navigate technology that older generations barely can understand.

The result is, on the one hand, a generation of young people who are left very much without parental guidance and don't perceive their grandparents as they could — should — be seen, namely as a source of experience and knowledge; and on the other hand, an older generation becoming increasingly isolated in a virtual culture of decreasing physical contacts.

By now it's become a trope to say that the pandemic is simply revealing problems that were simmering just under the surface. No problem is more crucial, and harder to solve, than finding the means to provide hope for the future without viewing old people as nothing but a cost.

God speaks to me in Norwegian. This will seem treasonous to my Swedish compatriots, so let me ...

Even Scandinavia Can't Get Along: On COVID's Cold Diplomacy

-Essay- — What does it say at the bottom of a Norwegian ketchup bottle? — Opens at ...