Why Modi's Big-Money Stimulus Package Isn't What It Seems

NEW DELHI — In a discussion on NDTV about the contents of the third tranche of Prime Minister Narendra Modi's stimulus package for the economy, Yogendra Yadav, one of India's most respected psephologists, called it "entertainment." Yadav is a gentle human being who goes out of his way to avoid giving offense, above all on TV. So "entertainment" was the most civilized word he could think of. I will be a little more blunt. Not just the third tranche, but the entire "stimulus package" advertised by Modi on May 12 is a gigantic confidence trick being played upon a desperate public with money that does not exist.

First, of the Rs 20 lakh crore ($266 billion), Rs 1.7 lakh crore ($22.6 billion) had already been disbursed to the government in the first days of the lockdown. Its salutary effect is therefore long over. Another Rs 5.2 lakh crore ($69 billion) was to have been disbursed as loans by the Reserve Bank, which brought the borrowing rates for doing this down to levels not known since 2010. But there were no borrowers. So the commercial banks were left with no option but to park all of that money in the RBI's reverse repo account, which swelled from Rs 3 lakh crore ($40 billion) on March 27 to Rs 8.4 lakh crore ($112 billion) by the end of April.

Modi and Finance Minister Nirmala Sitharaman should have learned a lesson from the RBI's failure, but they didn't. So again, all the grand promises they have made are premised upon the belief that manufacturers will need only a little more encouragement to start queuing up for loans.

All but a tiny fraction of the Rs. 10.8 lakh crore ($143 billion) of "stimulus" announced by Sitharaman on May 13, 14 and 15 consists of fresh injections of liquidity into the banking system under a series of "something for everyone" headlined schemes. These are designed to derive the maximum political mileage from a gullible public that knows absolutely nothing about economics or banking.

The tiny fraction of what the country so desperately needs — infusion of spending power into the economy — amounts to a paltry Rs 66,250 crore ($8.7 million). Of this, Rs 62,750 crore ($8.3 million) is going as advance tax and provident fund rebates to those who don't need it because they already have jobs.

It is mercilessness born out of an inability to feel the pain of others.

All that Modi and Sitharaman have earmarked for those who don't — the migrant workers whom we see trudging alongside highways at night with barrows, bundles and children in their arms; the old man picking papaya peels out of an open drain to eat the rind; the young father sweeping up milk spilt on a road with bare hands to feed a child — is Rs. 3,500 crore ($463,000).

This amounts to 0.175% — i.e. one sixth of a paisa out of every rupee promised by Modi on May 12. And even this is not to be given in cash but kind: 5 kgs of one cereal a month per person, and one kg of chana (gram) a month per family. And this too is for only two months. Could it be that Sitharaman forgot the cooking oil and salt? Or did she not care?

This is not parsimony born of a desire to protect the country's "macro-fundamentals," whatever this economists' gibberish means. It is mercilessness born out of an inability to feel the pain of others.

Modi and Sitharaman should have learned from the RBI's failure to stimulate borrowing with its repo-rate linked loans in March and April that producers, whether they are farmers, traders or entrepreneurs, will take loans from banks to finance production only when they are reasonably confident that they will be able to sell their product. That confidence is precisely what Modi's lockdown has destroyed and his grand revival plan will fail to restore.

In the past six weeks, more than 114 million people have lost their jobs. Of these, 91 million are daily wage earners, but more than 17 million are salary earners who have been laid off. The crash in demand from them is close to Rs 100,000 crores ($13.2 million) a month.

Then there are the middle class and the rich who, locked in their homes, are buying next to nothing beyond food and alcohol. Hence the sale of automobiles and two wheelers in the past two months has been zero. Ditto for air conditioners, refrigerators, TV sets and accessories, and every other consumer durable one can imagine. Ditto again for the entire entertainment and hospitality, airline, train and bus transport. Add all these together and 80 percent or more of the demand in the economy has vanished. 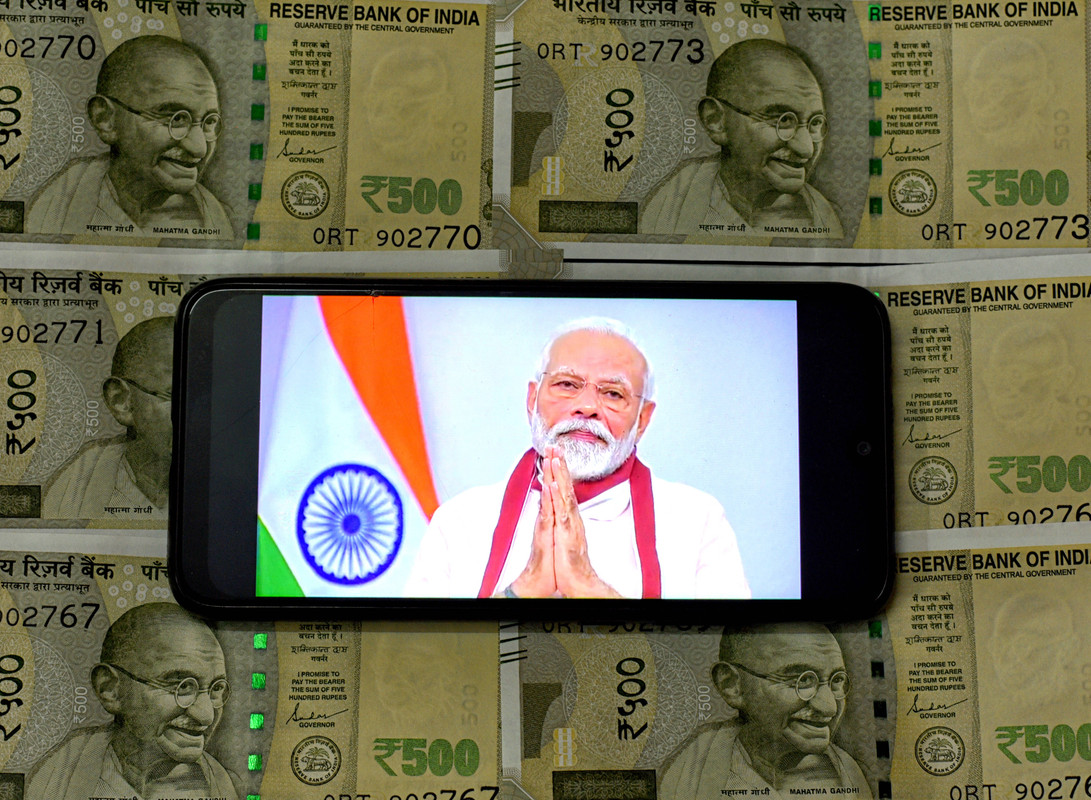 In the meantime half a dozen airlines, an equal number of shipping companies, 271,000 or more factories, 65 to 70 million small and micro enterprises, more than a 100,000 trawlers and several million smaller fishers have been forced out of work. All have accumulating fixed costs that are driving them towards ruin.

Taking new loans with no certainty of sales, even without having to offer collateral, is the last thing they have in mind. Survival comes first and they will only feel reassured that they will survive when there is a huge injection of purchasing power into the economy. Every student of Indian economics, every political leader worthy of respect, and every single industrialist in the country has been urging the government to pump money into the economy to revive and sustain demand.

In previous articles for The Wire, I have attempted to show how this could have been done from day 1 of the lockout. I had urged the government to learn from what the governments of other countries already knew — that the first requirement of a quick recovery from any economic catastrophe is to revive demand. The governments of the rich nations stopped counting the fiscal deficit because they understood that if demand, and therefore revenues, collapsed, then the fiscal deficit would shoot through the roof without the government spending an extra paisa. So Keynesian pump priming was the only panacea.

I believe the explanation is to be found in his impulsiveness. This leads him into hasty decisions, and his subsequent, absolute, inability to admit that he has made a mistake. He showed this first before the Gujarat riots when he hastily declared the Godhra train burning to be a "pre-planned Islamic terror" and refused to budge from this stand when it became apparent the fire could not have been anything but an accident.

Survival comes first and they will only feel reassured that they will survive when there is a huge injection of purchasing power into the economy.

He did it again with demonetization and a third time when he imposed a hasty and ill-conceived Goods and Services Tax on transactions that caused a 40% fall in auto sales and forced a large number of small enterprises to close down. He has done it now a fourth time by closing the economy overnight, without a thought for how it would affect 160 million workers, more than 70 million enterprises and up to a 100 million shops of all sizes.

On every occasion, he has continued to forge ahead with his folly, sustained by an iron, almost manic, determination to keep going till he snatches victory out of the jaws of defeat. A massive infusion of purchasing power will never happen now because it will be a tacit admission that he made a mistake. That will not happen, because Narendra Modi believes his appeal depends on the myth of his infallibility.

That is the only explanation for his sudden trumpeting of "self reliance at any cost." He is turning the misery that the lockdown has inflicted into an agni pariksha through which India must pass in order to emerge stronger and purer than before. His aim is not merely to keep the gullible flock who voted him back to power together but to persuade the RSS, whose faithful pracharak he has been since he was 19, to continue believing in him. If am right about this, then only the RSS can save India from ruin now — by persuading him to change his policies.

How is the pandemic panning out in the world's second most populous country? Science editor for T...

So far there's been little obvious effort to hold authorities accountable for the rising number o...