The end for Obrador ? - ZUMA

Mexico's socialist president is fanning class resentments and threatening Mexico's fragile social peace, while delivering little of the welfare he promised in 2018.

MEXICO CITY — Resentment, especially of the poor toward the rich, is nothing new. Nor is there any novelty in politicians exploiting grievances, both real and imagined. Isocrates, a great orator of the 4th century BC, deplored hostility but recognized it as a typical emotion in democracy. Jeremy Engels, author of The Politics of Resentment, notes that while citizens aired their own views in the "direct" democracy of a Greek city state, today their grievances are handled by politicians. As a tool for governing, however, the political use of public demands has both limits and risks.

The ancient Greeks saw democracy as a fraternity aimed at preventing tyranny, though their ideas barely influenced the 18th century Federalists who molded the U.S. political system. They were determined to avoid the tyranny not of a citizen but of the majority: A democracy, they believed, must protect minorities. Their particular concern was to keep the violent mob in check. 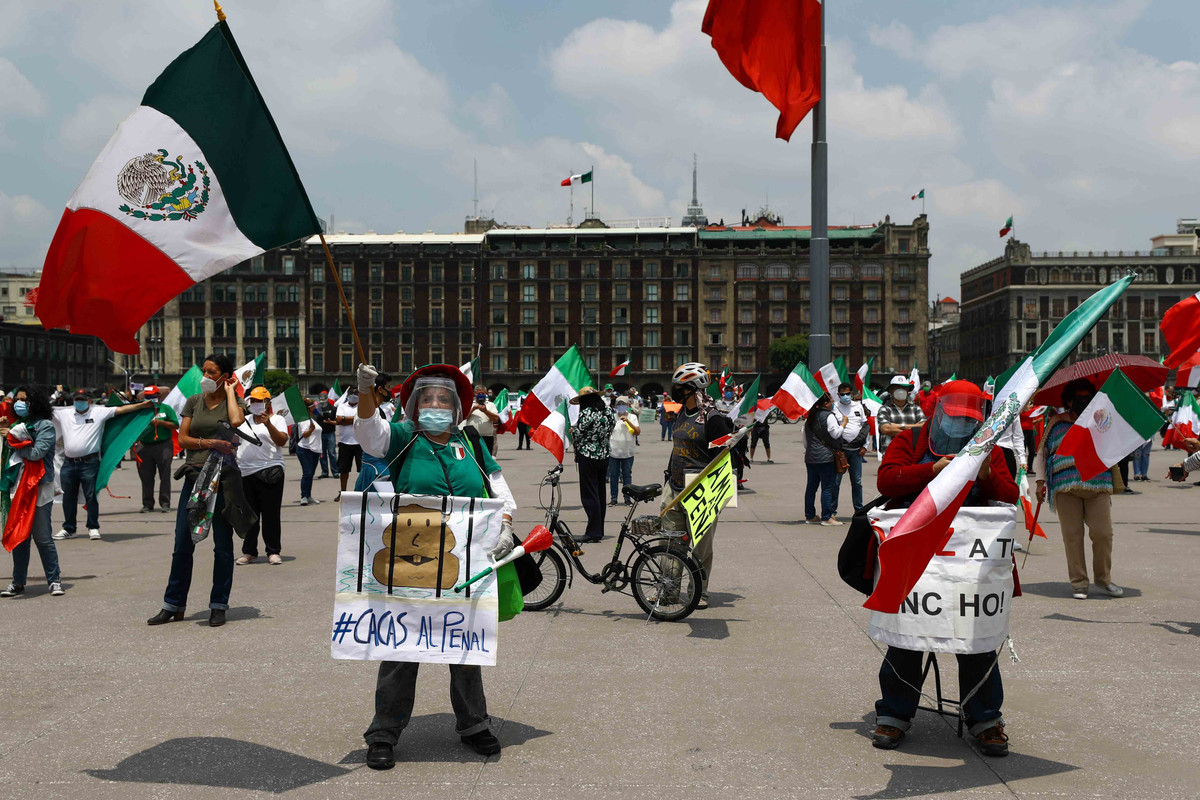 The deeper problem as always is the presence of differences among citizens: wealth, abilities, origin, preferences, education. Social differences are an inexorable part of human history and democracy is one form of taking decisions allowing the fair participation of all citizens, regardless of differences. It is the policies adopted by democratically elected governments that must then mitigate the differences and equalize opportunities.

Resentment is a visceral reaction to the contrast between democracy's implicit promise of equality and the blatant inequities that arise in the political process or shocking wealth gaps. The starkness of the contrast provides ammunition for politics and groups that exploit divisions and privileges for their own ends, like winning votes. Resentment ultimately becomes a means of controlling the population, already used by dictators and leaders from Venezuela's Hugo Chávez to Donald Trump or presidents in Mexico's own, dismal 20th-century history.

This president sees spite and animosity as instruments of government.

Today, our president, Andrés Manuel López Obrador has decided to use discord among Mexicans to tighten his base and consolidate his project.The key question is: Is it also a means of reducing inequalities (as the old PRI party used to promise), or merely a first step toward the destruction of the fragile social stability we have known since the 1970s? In the first case, it would mean creating another controlling system to replace the 70-year PRI regime, and in the second, the incipient destruction of a decades-long democratizing process, with its vicissitudes and contradictions. In either case, resentment would be a tool to consolidate power, not to build a better future for all.

We may be sure of one thing, that this president sees spite and animosity as instruments of government. In that sense he differs little from rulers elsewhere in the world or those to the south of the continent who ultimately failed, after sinking their economies or provoking revolts. Chávez sought to protect himself against a violent end by virtually handing Cuba control of his country, as one book contends.

The problem is that social resentments, once fanned, are not easily turned off. Venezuela, Argentina and Chile are countries where rancor still festers. Even while President López Obrador remains broadly popular — though not for any achievements regarding the economy, corruption or social concord, for he has none — opponents are starting to despise him. In time, how will people perceive a president who keeps fueling expectations but delivers little? Will another electoral list appear to exploit the resentments bound to multiply?

When the Bolshevik leader Lenin arrived in Petrograd in 1918, revolutionary unrest had already begun in Russia, but he had something unique, a plan, which duly allowed him to take power. Here too amid the simmering tensions, someone with a plan could become Mexico's new leader, though the price of another rabble-rouser in power could be the ultimate downfall.

People are dying, economies are tanking and politics are awry. But that's no excuse to short-shri...