How 21st Century Democracies Destroy Themselves From Within

Voting centers in the San Diego municipality, in Venezuela, during the elections of councilmen for the municipal councils of each state - Juan Carlos Hernandez/ZUMA

From Venezuela to Hungary, populist leaders are carving away at fundamental checks and balances in slow and often subtle ways.

BOGOTÁ — The Intimate Enemies of Democracy is the name of a beautiful, profound book by the late Tzvetan Todorov, who died in 2017 and was one of the sharpest of modern thinkers. The work examines the dangers that threaten contemporary democracies, and that are worth considering here in Colombia, especially with regional elections looming.

Todorov's proposition is similar to the thesis presented in another, best-selling book, How Democracies Die, by Harvard professors Steven Levitsky and Daniel Ziblatt. The idea in both books is that today's democracies don't end the way they did in the 20th century, through sudden, external interventions such as an invasion or a coup, like the the one in Chile in 1973. Their demise, rather, is slow — to the point where it's sometimes difficult to say when the collapse really took place. Today's democracies are also undone by internal enemies, rather than outside attackers.

Todorov sees three categories of internal enemies, starting with populism, which invokes majority votes to destroy horizontal controls like judicial independence. These checks constitute crucial elements of the rule of law and are a necessary condition for the existence of any democracy worthy of the name.

Today's democracies are also undone by internal enemies, rather than outside attackers.

Secondly, there is political messianism, which breaks social support networks that are essential to the cohesion of a political community. The phenomenon also fuels a sharp rise in economic inequalities that undermine democracies. Ultimately, as the philosopher Jean-Jacques Rousseau said more than two centuries ago, a proper, functioning democracy requires that no citizen "be so wealthy as to be able to buy another, and none be so poor as to be compelled to sell himself." 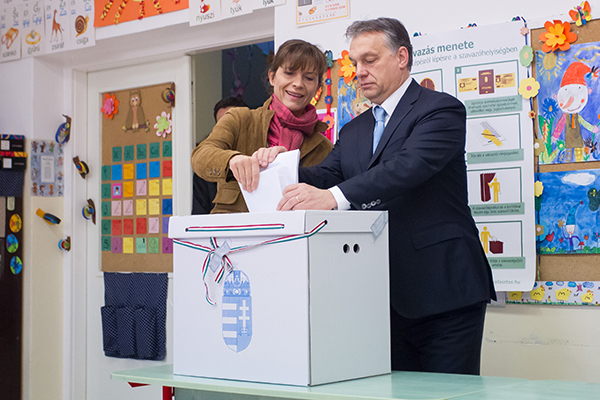 The threat from internal enemies has no clear political color, as attacks sometimes come from the Left, but also from the Right.

An example is the democracy that the Left has worn away in Venezuela: the country's late, charismatic leader Hugo Chávez, who won several elections with resounding popular support, believed he had a popular mandate so robust and a revolutionary mission so messianic that he simply had to subject the judiciary and other organs of control to the Chavista vision. This did not happen overnight but in stages, making it difficult to know when exactly Venezuelan democracy died. But it did.

One great difficulty in fighting these internal enemies of democracy is in their use of democratic language and instruments to undermine the system. And that includes elections.

* Uprimny is a lecturer at Colombia's National University.