Merkel To Moria: Is Accepting Migrants A Moral Imperative?

In mid-September, fires destroyed Greece's largest migrant camp, the vastly overcrowded Moria facility on the island of Lesbos. The disaster left some 13,000 already desperate people with no shelter at all, and raises new questions about Europe's collective responsibilities toward migrants five years after German Chancellor Angela Merkel famously opened her nation's doors to fleeing Syrian refugees. Should the countries of the EU feel obliged to always do the same? Two German writers offer opposing viewpoints:

These days I often find myself thinking of my grandma. I imagine her as an exhausted, scared young woman, wrapped in whatever she could find to protect herself from the cold. In Danzig, in January 1945, she frantically loaded up a cart, took her two young sons and fled the approach of the Red Army.

She told us that at night they sheltered in gymnasiums or barns. There she could heat water to make tea and wash her sons' diapers, and enjoy a brief moment of rest amid all the chaos. The only thing that kept her going was the hope that at some point she would reach a place in the West where they would be safe.

What would have happened if the women, children and elderly people who fled in the winter of 1945 had suddenly found their way blocked? If the borders had been closed because they were seen as undesirable?

My grandmother and the other refugees would not only have fallen into the hands of the Red Army. They may also have had to stay for years in a camp, just like the thousands in Moria, people who are currently waiting for help simply because they arrived in the wrong place at the wrong time, in the no man's land of a war they didn't start. 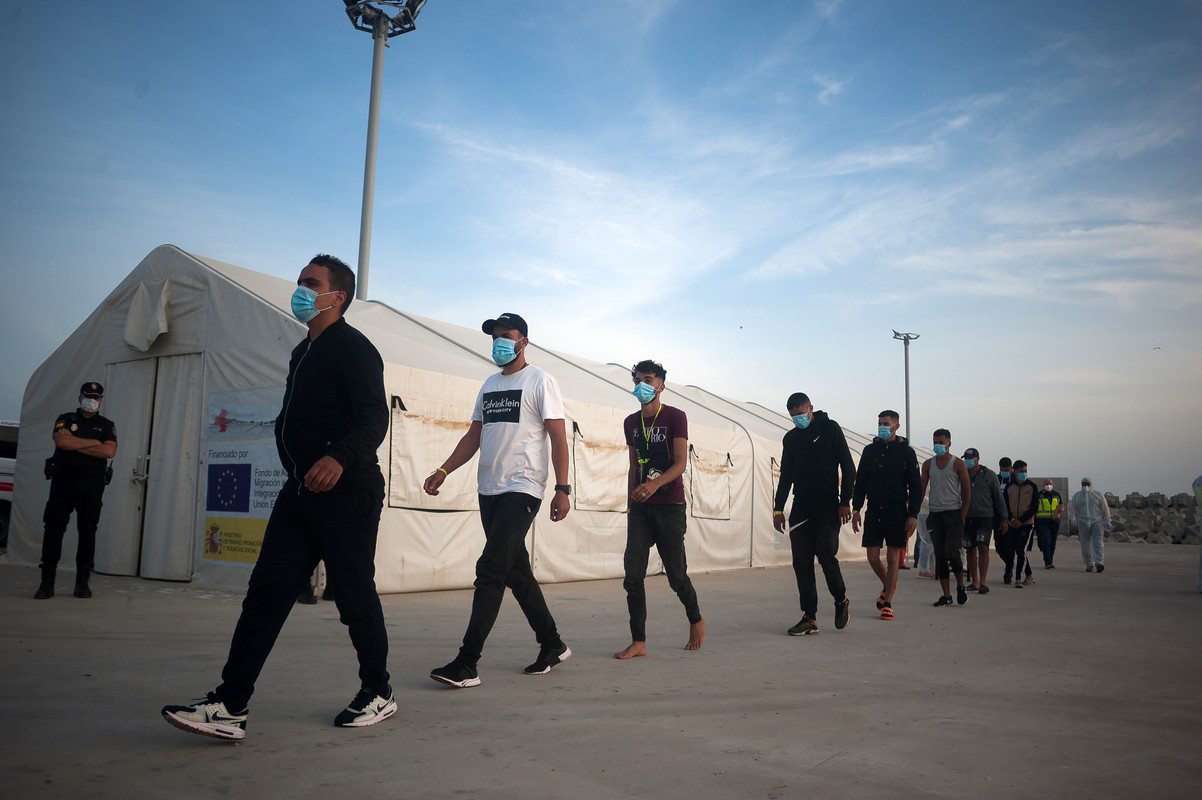 Do we have a moral duty to help these people, to welcome those who can't even live anymore in a camp that was already unfit for human habitation? People who are now on the street because a fire has destroyed their temporary homes? What kind of question is that? The question, rather, should be this: How could Europe neglect its moral duty for so long?

Europe is united not only by economic cooperation, but by its shared values. According to Article 2 of the Treaty on the European Union, the organization was founded not only on the values of freedom and democracy, but also on respect for human dignity, human rights and the rights of minorities. Europe's shared values are the cornerstone of its existence.

It is appalling that countries such as Austria simply shrug off this responsibility and refuse to accept refugees. Their refusal to fulfill their duty shows that when push comes to shove, these very worthy commitments are just empty words.

How could Europe neglect its moral duty for so long?

The latest survey by ARD-DeutschlandTrend shows that most Germans believe their country has a moral duty to help those in need. Although half of those surveyed said refugees should be shared out among EU countries, still, the vast majority (87%) said that Germany should take its share. For now, Germany is set to accept 1,500 people, a number, as CDU politician Friedrich Merz says, that will not overwhelm the country.

Even relatively poor Germans are well off compared to people in other parts of the world, and the German state is one of the richest on earth. This means the country has a moral responsibility to help refugees. But it doesn't necessarily follow that this help should come in the form of welcoming refugees on its own soil.

If refugees and other migrants in Greece have long lived in poor conditions and now find themselves homeless for a few days due to the fire, Germany certainly has a moral duty to ensure they have adequate shelter and supplies. But it does not have a duty to bring some of the refugees to Germany. Why?

Our moral duty towards refugees consists of helping as many as possible to escape persecution and providing them with accommodation and necessities. To achieve this, given that we have limited resources, our moral duty is to use them in the most efficient way possible. The best way to reach this goal is for Germany to support the countries that are adjacent to regions in crisis, so that they can take on the 26 million or so refugees worldwide. 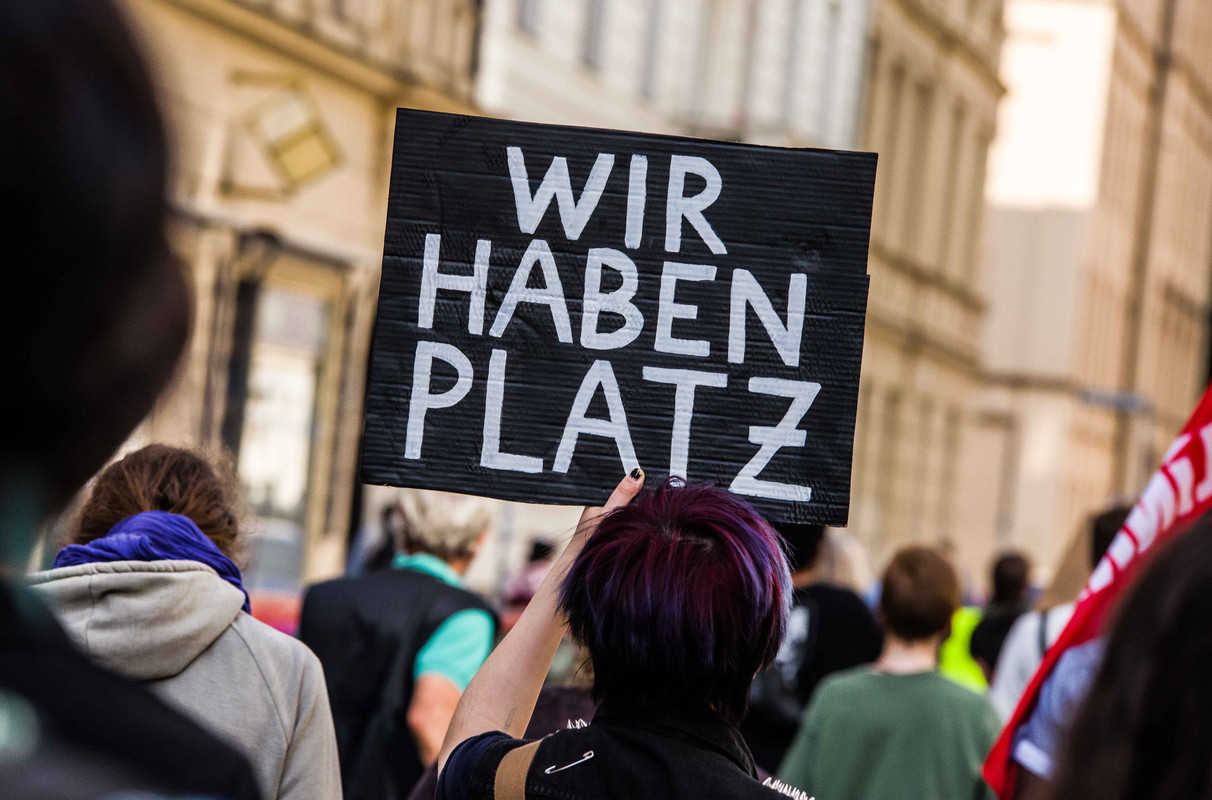 "The country has a moral responsibility to help refugees" — Photo: Sachelle Babbar/ZUMA

Turkey, for example, could easily welcome Syrian refugees, who are both culturally and geographically close. Germany has the means to support them in doing so, but should only be bound to accept refugees on its own soil if they reach the country without first passing through another place of safety.

If Germany does go above and beyond its duty by welcoming refugees on its own soil, it must concentrate on the neediest. These people are to be found in refugee camps across the world, where the UNHCR [the UN's refugee agency] identifies those in the greatest need and is only able to find host countries for a tiny proportion.

In this context, Germany should not accept refugees who are already in a place of safety in a developed country such as Greece, which receives billions of euros of support from the EU and provides refugees on the mainland with decent accommodation. It's a different situation on the Greek islands, where people who arrive illegally from Turkey find themselves living for a few months without proper provision.

We must remember that, relative to its population, Germany accepts more refugees and migrants than does Greece, which allows many people to travel on north. Politically, people may well say this is necessary to ease the burden on Athens. But there is no legal or moral imperative for Germany to accept these refugees.