PARIS — "The era of multiculturalism is over ..."

This was the proud declaration of Viktor Orban, the prime minister of Hungary, back in the summer of 2015. One year later, Theresa May, the new British prime minister, took it one step further: "If you believe you are a citizen of the world, you're a citizen of nowhere."

After the victory of Brexit or, even better, Donald Trump's election in the United States, can we now point to Orban's Hungary as the opening act of a "cultural counter-revolution" that seems to be taking over the democratic world? Can we still, in Europe, speak of an East-West values divide that is comparable to the North-South economic divide? Did Hungary and Jaroslaw Kaczynski's Poland, aside from their significant differences, simply initiate what was an inevitable populist cycle?

What yesterday seemed marginal and almost of secondary importance can now be perceived as the ultimate warning, or at the very least a premonition of what tomorrow has in store. It is important to analyze the causes of populism in central Europe to understand what could next happen in France, for example, if Marine Le Pen's National Front comes to power in 2017.

If you look at the annals of History, it is ironic to note that during the entire Cold War, central and eastern Europe — Milan Kundera's "kidnapped Europe" — dreamed of being included in a Europe they upheld as a symbol for freedom and prosperity.

Now, 27 years after the fall of the Berlin Wall, this cycle of liberalism may be ending before our eyes. Europe is no longer the stuff of dreams, as the British referendum showed in a spectacular way. Liberal democracy is in crisis — on both sides of the Atlantic. The market economy is the victim of the brutal rise of inequalities.

The Hungarians and Poles wanted Europe, democracy and capitalism. And they got them. But this "trinity" is no longer synonymous with success. Instead, it has become burdened with contradictions that literally exploded when the influx of refugees, real or imagined, accelerated isolationist movements in these countries. Moved by the politics of anger, those disappointed with Europe, democracy and capitalism identified with central Europe's populist leaders.

How else can one explain this "democratic recession," as the late Hungarian writer István Bibó described it? Democracy is in danger, he said, "when the cause of the Nation seems threatened by the cause of Liberty." Years ago, the Hungarian nation was under threat from the Ottomans. Now, the menace is the EU's "open-border policy." In any case, that's how Hungary's prime minister puts it.

Can we go as far as saying, as some think, that central Europe is giving Jean-Jacques Rousseau his revenge over fellow French philosopher Montesquieu? Viktor Orban highlights the "general will of the people" in opposition to the "rule of law," the principle dear to Montesquieu, author of The Spirit of the Laws. Armed with a Rousseauist vision of democracy, Orban attacks the media's independence and the neutrality of public administration.

The migrant crisis encourages ethnic nationalism, which becomes the main source for democratic legitimacy. After all, doesn't Hungary defend a certain idea of the European identity, one that is threatened by open borders? 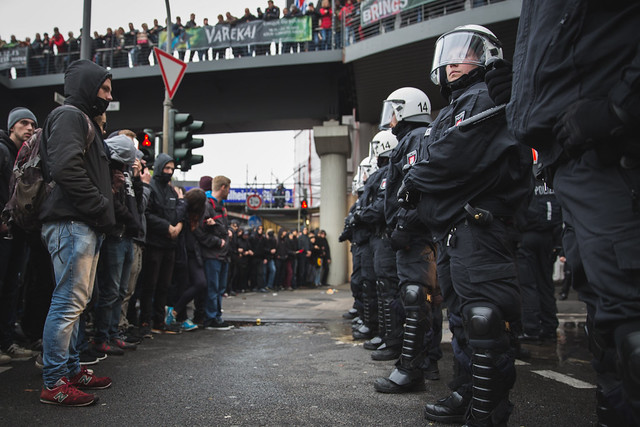 Another ironic aspect of history resides in the fact that the current Hungarian and Polish vision isn't far off from the concept of "Kulturnation" that is at the heart of German identity. And yet it's Germany that now sets the example of openness, while its neighbors from central and eastern Europe are the vanguard of ethnic nationalism.

Looking beyond values, there is an intrinsic contradiction between the willingness of Hungary and Poland to distance themselves from the EU and their economic dependence from Brussels. There is, more importantly, a contradiction in terms of foreign and security policy. It is one thing to confront Europe — Germany and France in particular — and to denounce the former's policy of welcoming refugees and the arms deals signed with the latter. But it is another thing to define a coherent policy against Vladimir Putin's Russia. Can you really reject the "values" of the EU when you most need the EU? For all their talk, the leaders in Budapest or Warsaw alone won't protect their countries from Moscow's ever greater ambitions.

There was a time when Poland was delighted to be seen as a member of a potential "club of six" inside the EU, alongside Germany, France, Britain, Spain and Italy. At the time, the Weimar triangle (Germany, France, Poland) was perceived by the Poles themselves as the symbol of their new status as one of Europe's great nations. But by choosing the path of identify over immigration, Poland provoked its own isolation and marginalization — against the will of almost half of its population.

Are we witnessing just a sad "provincial" parenthesis in central Europe? Or will western Europe — beginning with France — join it on the way to democratic recession? Sometimes we see something as "lagging behind" when, in reality, it's "ahead of its time."

The EU parliament has passed a resolution that condemns Hungary's anti-LGBT law and could allow t...

If Europe is to stand firm against Viktor Orbán's illiberal and anti-establishment policies, scap...