PARIS — He is "a man of about forty-two years of age, of large build, but slightly round-shouldered. His massive head momentarily shook a shock of reddish hair, which resembled a lion's mane." This isn't a description of Elon Musk, but of Michel Ardan, one of the characters in Jules Verne's 1865 novel From The Earth To The Moon.

Michel Ardan — that name suddenly brings back so many childhood memories! The character was inspired directly by one of the French author's close friends, the daring aeronaut and photographer Félix Nadar, whose last name is a perfect anagram of Ardan. Verne's chivalrous hero, with the bright and facetious personality, was immortalized by the famous engravings that adorned these beautiful and large red and golden books of the Voyages extraordinaires series that also included Journey to the Center of the Earth and Twenty Thousand Leagues Under the Sea. Many of us would pluck one of the volumes from our grandparents' bookshelves; maybe first out of boredom, but then quickly setting off on our own fantastic journeys.

Fast forward to our present time and it's no longer Around the Moon (the 1870 sequel, with Ardan still the novel's main character) that our gaze turns to, but rather toward Mars. That's where Elon Musk now aims to colonize. And it probably takes just as much madness for the founder of Tesla as it took Ardan when the hero sent his famous telegraphic dispatch: "Substitute for your spherical shell a cylindro-conical projectile. I shall go inside." And indeed, it takes a bit of madness — not only to dream of such democratization of space travel, but also to overcome, one-by-one before our amazed eyes, the technological steps needed to achieve what we had previously thought would never go beyond the realm of science fiction.

Reality catches up with fiction, and vice-versa.

When talking about the SpaceX CEO, many point to his disproportionate ego. Others go as far as identifying, behind the mind-blowing videos of the Tesla car he sent into orbit, falsehood, lies or even a conspiracy intended to make cognitive sociologists drool. And yet, the ability to recover the first stage of Falcon 9 rockets — and with style! — is a revolution in terms of technology and cost structures of an industry that was once the monopoly of governments. 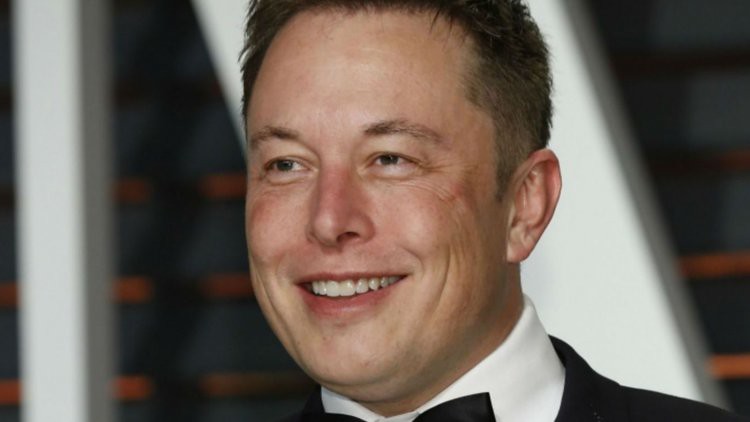 Musk's numerous industrial projects mesmerize. From his Dragon spacecraft to his ultra-fast Hyperloop earth transport, to his project of a supersonic electric airplane that can take off and land vertically, not to mention the idea of building machines capable of digging tunnels (he was, according to legend, stuck in a traffic jam and dreamed of getting out of it by operating a gigantic drill to pierce through the asphalt), PayPal and Neuralink, a company that aims to improve our cognitive capabilities thanks to electronic brain implants. What fascinates most about him is this special dynamic that makes some constantly try to push back the limits imposed by nature and current technologies.

The co-founders of Google are also part of such grand plans, with their transhumanist project that aims to push back or even kill death itself, as Laurent Alexandre analyzed in his 2011 book La Mort de la mort (The Death of Death). Reality catches up with fiction, and vice-versa. Musk is made of the same alloy as Hank Rearden, the inventor of Rearden Metal and lover of Dagny Taggart in Ayn Rand's Atlas Shrugged. Philip K. Dick gave us the dark version, inviting us to seriously consider the ethical complexity of machines turning against their human makers in Do Androids Dream Of Electric Sheep?

This permanent instinct for progress also sends us back to two other non-fiction works. In one of the greatest works of the end of the last century, Daniel Boorstin's The Discoverers presents us with a gripping story of man's greatest epic: the discovery and mastery of our own world, from Christopher Columbus' America to Albert Einstein's relativity. If there are great leaders in politics, there are even greater to be found in this insatiable and frenetic quest for knowledge and surpassing our current reality. Perhaps that's even truer today, at a time when information is consumed through sharing, in a spirit of permanent "cooperation," and at a time of acceleration, with four revolutions feeding each other: nanotechnologies, biotechnologies, computing and cognitive sciences.

One cannot resist the temptation to see Musk as a Vernian hero.

Change can be frightening, as it has been at every stage of our history. But in the end, all these advances end up being digested, domesticated and controlled. Because, as Julian L. Simon summed up so well in his work, in the end, the human race is our last chance. SpaceX's Falcon 9 obviously doesn't look anything like the sort of gigantic cannonball imagined in the 19th century by the Gun Club in From the Earth to the Moon. The story told by Jules Verne, who was a scientific novelist as well as a geographer, is that of the genesis, in the aftermath of the American Civil War, of the global financing of a "cylindro-conical projectile" and of the crazy idea of sending three people on board before its launch into orbit.

Re-reading this predictive feat, the style of which is undeservedly disdained, one cannot resist the temptation to see Musk as a Vernian hero. With his thirst for curiosity, knowledge and overcoming challenges, he would easily take on the proud flight of Impey Barbicane, the president of the Gun Club, when he says: "It is perhaps reserved for us to become the Columbuses of this unknown world." As for Michel Ardan, whom the novel describes as "one of those originals which nature sometimes invents in the freak of a moment, and of which she then breaks the mold," we might be tempted to find a way to organize a meeting with the SpaceX founder. But don't tell that to Elon Musk. He might just try and make it happen!