Promising voters to get the EU to change is easy, delivering that change is next to impossible.

The U.K.'s vote to quit the EU was hailed as the beginning of a continent-wide transformation, which would see national governments claim back control from the Brussels bureaucrats. Yet the failure of the now former Foreign Secretary and the ex-Brexit Secretary to devise a plan for how to actually do this is instructive.

Both have now abandoned Theresa May's cabinet and retreated to the comfort of like minds on parliament's backbenches, perhaps to plot her removal or perhaps not. Who knows, maybe Johnson will finally satisfy his own vaunting ambition and usurp May, but it's a long shot. Other political leaders should look at his parable: It's far easier to shout abuse against the EU than to guide your country out of it.

Much like tragic drama, the anti-elite revolts in places like Greece, Italy and the U.K. are starting to follow a similar pattern. The first step is "overpromising," whereby populist politicians convince the public that they alone can deliver what mainstream opponents have failed to achieve. This typically involves being able to extract EU concessions that are vastly superior to anything seen before.

For Johnson and Davis, these empty pledges included keeping the kind of access British companies enjoy in the single market, while being at liberty to strike other trade deals and restrict immigration from the EU. Of course, Brussels was never going to agree to this and never will – regardless of whether it's May they're negotiating with or Johnson. Most European leaders believe the four pillars of the single European market (the freedom of movement of labor, goods, services and capital) are indivisible and inviolate. But Brexiteers built an entire campaign around the claim that they weren't. 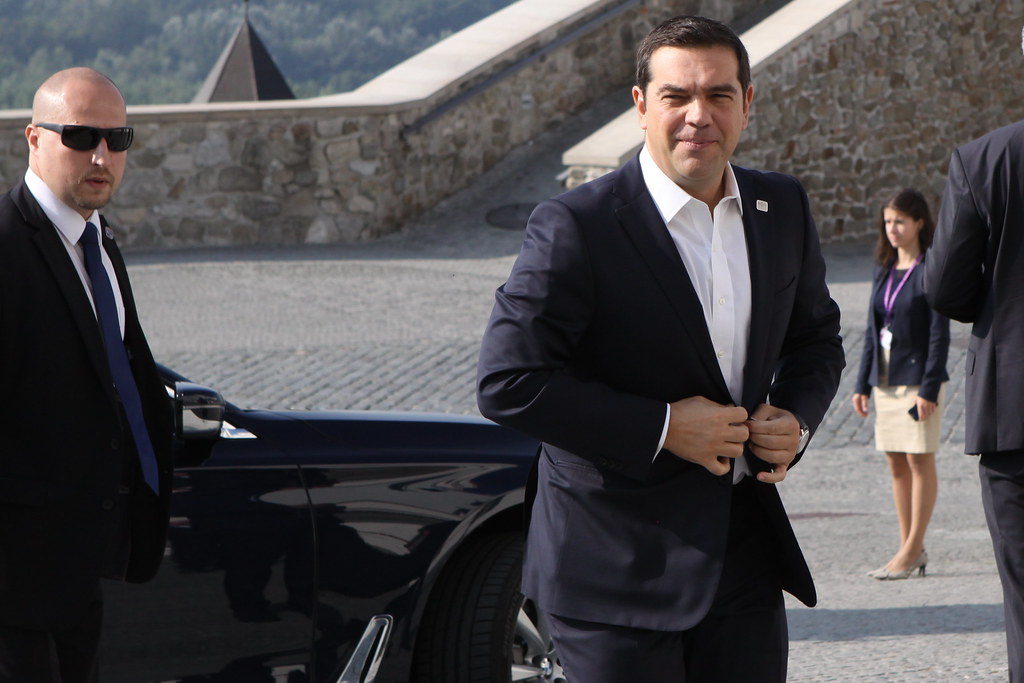 Tsipras had to learn to button up — Photo: EU2016SK

Johnson and Davis are in excellent company. Alexis Tsipras convinced Greek voters that he alone could keep the country in the single currency while negotiating a much looser rescue program than his predecessors. In Italy, the populist League and Five Star Movement have spent years saying they could force the EU and the financial markets to let Rome run a much higher budget deficit than the rules allowed.

The second phase of populism is "victory," when the public gives the anti-elite brigade a shot at making good on their promises. Johnson and Davis were both brought into government to help shape the Brexit plan. Davis was even put in charge of running the talks with Michel Barnier, the EU's chief negotiator. Yet in two years, they failed to come up with a viable alternative to the softer Brexit strategy agreed by May and her ministers on Friday at her country house Chequers.

Indeed, all the gifts offered by the U.K. "Leave" team have turned out to be fantasy. The unity of European countries hasn't crumbled and the commitment to the "four freedoms" hasn't budged. Last weekend's proposals are in fact a humiliating climbdown for the Brexiteers – hence the resignations. Here are the likely third and fourth stages of populism: "Underdelivery" and "defeat."

European leaders believe the four pillars of the single European market are indivisible and inviolate.

As determined and ruthless a politician as Johnson can't be ruled out entirely, but it's impossible to see how he can emerge victorious here. A "no-deal" Brexit is the nuclear option but the economic damage from this would hardly match the "sunlit uplands" that Johnson promised voters alongside Britain's unique ability to "have its cake and eat it too."

Greece is a similar tale. Alexis Tsipras is still in government (although Yanis Varoufakis, his former finance minister, isn't), but he faces a steep challenge to win the next election after failing to give Greek voters what he'd promised. Austerity has continued, and even a deal on debt relief doesn't include a face-value reduction. In Italy, the League and Five Star coalition is barely a month old. But it too has begun to backtrack on many campaign promises. It won't take long for disillusionment to kick in.

For all the populist swagger, it's incredibly difficult to go against the collective will of all the other EU member states. The Brussels bureaucrat may be an easy target rhetorically but they're a hard opponent, precisely because they have very little flexibility to deviate from the agreed rules. Of course, EU member states might one day realize that this is all too much to bear and that countries need to be free to set their own course. But until then, the Johnsons and Davis's of Europe are destined to fail.