Midterms, Trump And An Anxious World Looking On

BERLIN — Democracies are made of constant ups and downs. Sometimes one party is on top, the next it's another. And what may look like a dramatic election result often is, in reality, nothing more than the natural ebb and flow that characterizes healthy democracies.

Every now and then, however, comes a moment when voters are faced with a clear choice between starkly different directions, a moment when citizens are called upon to define the character of their country and set the course for the future. America has now come to such a fork in the road.

When the American people chose Donald Trump two years ago, their decision could still be seen as an industrial accident. The citizens were fed up with the political class. Many felt attracted by Trump's anti-establishment rhetoric, by what they felt was a refreshingly unconventional nature. Trump's election was an expression of the pain of modernization felt by a large part of U.S. society. And it was a giant middle finger from the voters to the American elites in both business and politics, many of the former feeling patronized by the latter.

But this flirtation with novelty is now over. Trump is the new normal. His name may not be on the ballot, but the midterm elections are nothing more than a giant referendum on Trump's style of government and on the way he's trying to redefine America.

Sure, Trump also has a number of successes to show for himself, especially in economic policy. Tax relief for companies and deregulation have given a further boost to the economy, which was already doing well under Barack Obama, and he's brought unemployment to record lows.

But in many other areas, Trump has left a trail of destruction behind him. With his aggressive rhetoric, he has driven a wedge even deeper into a society that was already showing high levels of polarization. He has brought the public discourse down to a shamefully low level.

Trump has also fueled the far-right and inspired conspiracy theorists. Under him, the delusional right-wing fringe has penetrated much further into the Republican Party than ever before. And since Trump's inauguration, The Washington Post has counted more than 6,400 false or misleading statements made by the U.S. president.

A president who regularly spreads falsehoods destroys confidence in the independence and reliability of state authorities. And he disintegrates all democratic discourse when right and left can no longer even agree on common facts, on the basis of which different political philosophies could be discussed.

America seems like a country on the verge of a nervous breakdown.

America now consists of two political tribes that move in completely opposite realities. This development, which began long ago and is also encouraged by social media, has been further exacerbated by Trump's entirely self-serving relationship to truth. The sheer scale of rhetorical line-crossings and rule violations that this president and his government have allowed themselves is overwhelming.

In the face of continuous scandals, big and small, the last two years have passed as if drowned under a droning grey noise. Anyone who hasn't been keeping a precise account will have a hard time remember all the unimaginable things the president has said and done, and when. The president and the media criticizing him are revolting against each other and are trapped in an endless feedback loop. America sometimes seems like a country on the verge of a nervous breakdown.

Unlike many other nation states, the U.S. is not based on an ethnic group, but on an idea. And Trump has set about radically changing this idea of America. Nowhere is this as clear as on the issue of immigration. The president wants to remake the country, which has always seen itself as a destination for the rest of the world, into a closed society in order to save white domination. 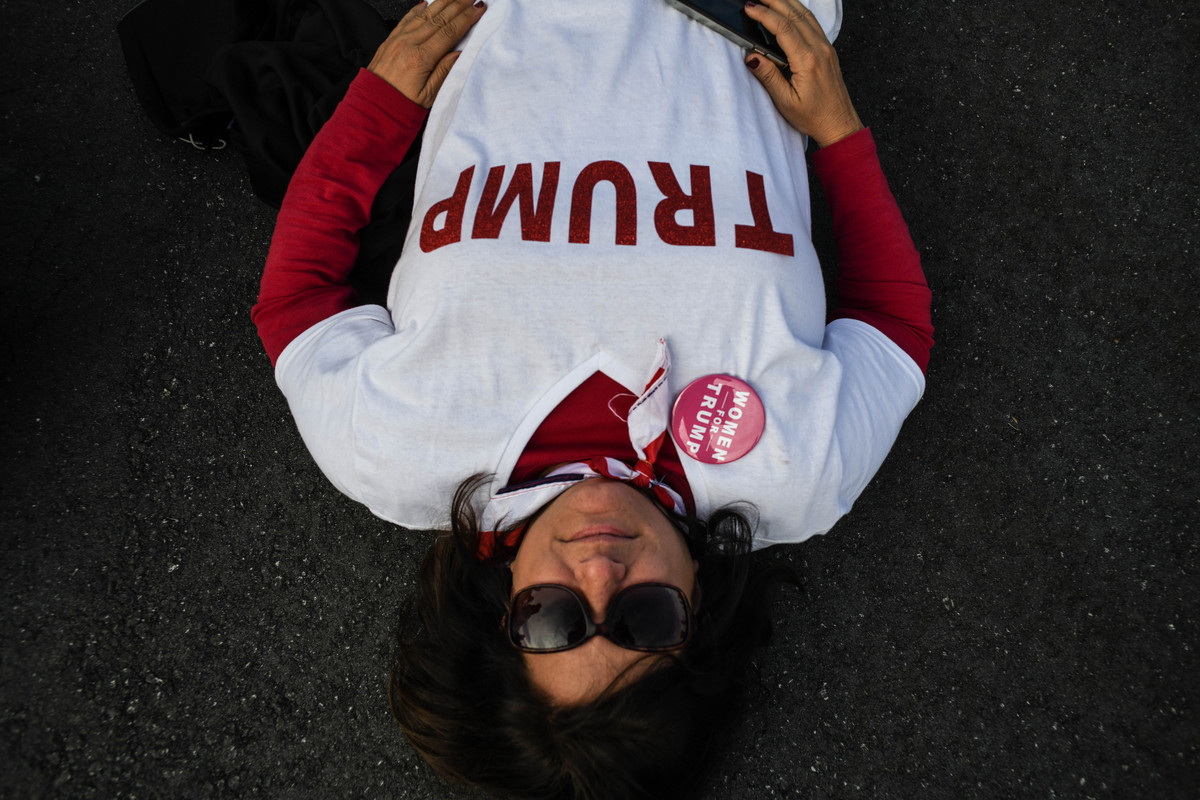 Since its birth, the American Republic has also always been a vehement advocate of free trade, another notion with which Trump is at war. Trump doesn't think much of America's leading role in the world either, nor of the world order that generations of U.S. foreign policy-makers have built up over the past 70 years.

Trump's America is no longer a reliable partner for Western allies, and the president has abandoned the claim that American democracy should be a shining example to the world. The traditional moral impulse of the American project to protect and expand the area of freedom and democracy in the world is alien to Donald Trump.

Within the country, Trump is increasingly becoming a threat to democracy and its institutional structure. His attacks on the media, the constant accusation that they are the enemy of the people all bear the characteristics of authoritarian regimes, and could just as well come from the mouths of Vladimir Putin, or a Saudi prince.

Trump's America is no longer a reliable partner for Western allies.

Trump and his accomplices in the Congress and the conservative media have also systematically undermined the credibility of the FBI and of the Justice Department, so as to protect him from Russia investigations. No wonder the independent think-tank Freedom House downgraded the U.S. this year as a consequence of the "erosion" of "democratic institutions" and of the "violations of basic ethical standards by the new administration."

Like any modern democracy, America is based on a carefully crafted system of checks and balances. This limitation of power is unacceptable to someone with such authoritarian instincts as Trump. This is what brings us back to the these midterm elections, which are far more than just symbolic. It's obvious that the vast majority of Republican Congressmen are too afraid of their own base to exercise their control over Trump's government. But if the American people care about their institutions and the fact that the system of checks and balances works, then they must put at least one Congress chamber in the hands of the Democrats.

So this election is a litmus test of how important democratic institutions are to U.S. voters — of what idea of America should prevail: Trump's dark, self-centered and isolated America, or the idea of a society open to the world, one that has inspired so many people around the globe for more than two centuries to seek its shores.

PARIS — It's been a tumultuous few months for so-called "surveillance tech." Most ...