By the end of Donald J. Trump's presidency, people will wonder: Was there anything he did not say? Any line he did not cross? As a lifelong businessman, he has declared war early and often on diplomatic niceties, proud to speak "like the people." The problem is that he is a person who speaks a lot like, how do you say … an asshole? A racist? Can you put that in print??

The Washington Post reported on a Thursday meeting with legislators where Trump demanded immigration limits on people coming from "shithole countries," after lawmakers had cited efforts to help those from Haiti, El Salvador and African states. (Trump tweeted a half-hearted denial early Friday that he used the "S" word that few will believe ...)

The outrage at his remark across U.S. media confirms that it was really just another day of talking out loud for President Trump. The offensive word chimes with his decision to throw out thousands of Salvadoran migrants, and earlier moves to ban entry of people from "terrorist" states in the Middle East, or even his calling global warming an enormous Chinese scam. He doesn't like foreigners, we get it. His stated preference on Thursday for immigrants "from Norway," confirms that he likes them rich and white. The extra-salty language, and potential diplomatic fallout, posed a challenge to editors (and translators) around the world. The website Quartz observed that Asian news outlets struggled with how to translate the offending word, noting that countries "that suck," as one website wrote, is not inaccurate. Taiwan's Central News Agency went for the poetic "countries where birds don't lay eggs," while Japanese daily Sankei opted for the more prosaic "countries that are dirty like toilets." According to AFP, Chinese media shied away from a direct translation, following the lead of the People's Daily by using languo, meaning "bad countries." The French-language edition of ever-so-polite Radio Canada also avoided using profanity, choosing trou à rats ("rathole") — even if the English-language CBC went verbatim. 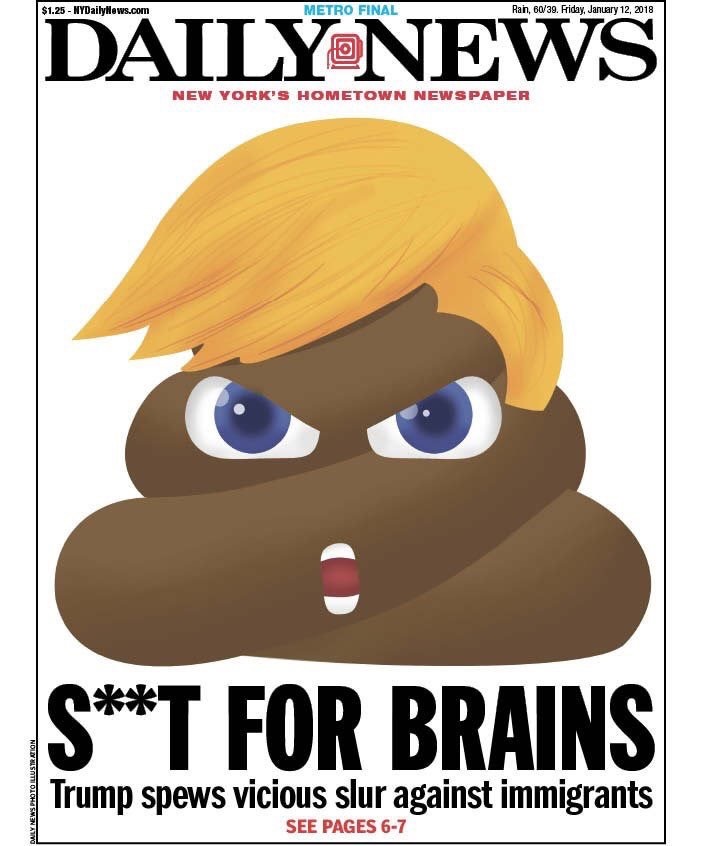 The most colorful response from south of the border came from former Mexican President Vicente Fox, a frequent critic of the billionaire leader: ".@realDonaldTrump, your mouth is the foulest shithole in the world. With what authority do you proclaim who's welcome in America and who's not. America's greatness is built on diversity, or have you forgotten your immigrant background, Donald?"

The Washington Post noted that in the Thursday meeting with Congressional leaders about an immigration reform deal, Trump made a point of singling out Haiti a second time. "Why do we need more Haitians?" Trump said, according to people familiar with the meeting. "Take them out."

On Friday, on the French-speaking island nation, the newspapers were also busy looking for the perfect translation for the presidential profanity: There was the literal trou de merde in Loop Haiti, while Le Nouvelliste also used trou du cul, which means "asshole." Maybe there's some confusion? Or maybe Haitians, who have faced pointed American racism for decades, are warming up for their comeback. One way or another, Donald "America First" Trump should realize that the world can give as good as it gets.