Chicken waffles, mac and cheese, cornbread… these iconic African American dishes aren't just trending on Netflix — they're also making a name for themselves in the capital of haute cuisine.

PARIS — Soul food doesn't imply a region or nationality but something broader, closer to a sentiment — a feeling at the border of a sensory and culinary experience. With iconic dishes such as fried chicken (fried chicken legs seasoned with Cajun spices), mac and cheese (macaroni and cheese baked in the oven with melted cheese), and cornbread (a pan-fried, corn-based bread borrowed from Native Americans), this African American cuisine has become one of the most popular symbols of North-American food culture.

These comforting recipes, filled with history and emotion, have found their way to France as more and more restaurants, such as New Soul Food, Gumbo Yaya and Mama Jackson, advertise their soul food menus. Originally poor and rural, the nourishing tradition has come a long way from its 17th century origins, when its creators were Black slaves working the plantations of the southern United States.

By combining their master's leftover food with the recipes of the West African countries from which they were deported, these slaves were able to create a rich, copious, cross-cultural cuisine. Since it's popularization in the 1970s by the "blaxpoitation" film subgenre and the larger Black American cultural industry, it's dishes have been the focus of an increasing number of African American chefs and historians.

"I wanted to bring this culture back to France — that's the mission I have given myself."

The four episodes of High on the Hog: How African American Cuisine Transformed America are a perfect example. This new Netflix documentary series tracks the wanderings of Stephen Satterfield, an African American writer and founder of the culinary outlet Whestone Magazine, who set out on a journey to uncover the origins of soul food.

The first episode takes him to Benin: the territory of the former Dahomey kingdom, the main embarkation point for North American slaves, and the home of his ancestors. Stephen Satterfield roams local villages and markets to discover the foods, skills and techniques that still form the basis of this cuisine today. 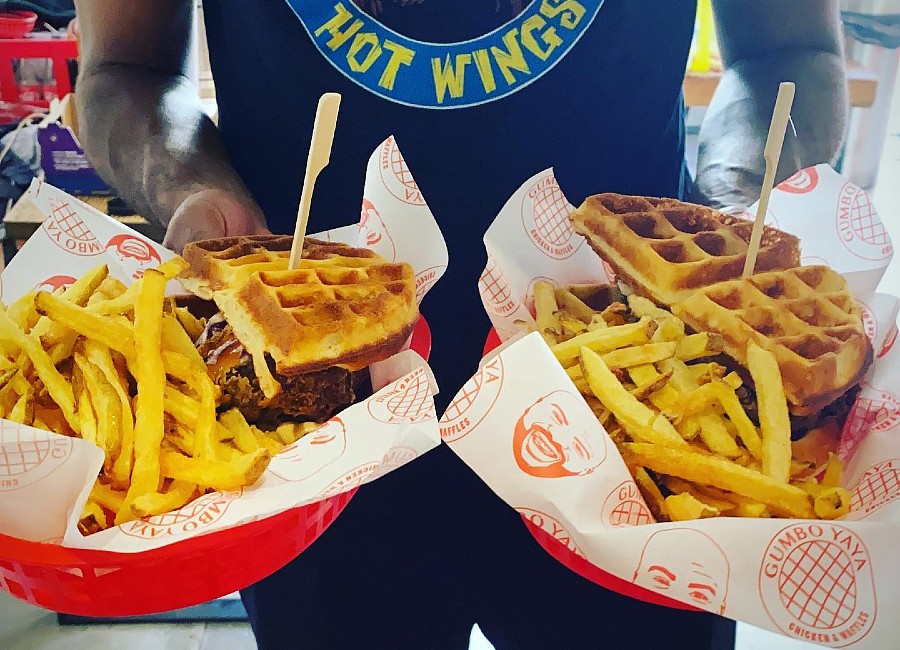 "In the ships, slaves would carry peas, black-eyed peas, beans, yams and sweet potatoes with them," explains Jessica B. Harris, an American culinary historian and author of African descent who accompanies Satterfield in his identity quest. "What you eat and what you discover here brings you a little closer [to them]. That's how we know who we are, that's how we know we are connected."

At Gumbo Yaya — a Cajun expression that could be translated as "hubbub" (or "brouhaha" in French, which sounds vaguely similar) — Lionel Chauvel-Maga continues the Black culinary tradition of the American South. In front of this tiny colorful kitchen, tucked in a alleyway in the 10th arrondissement of Paris, the line swells at lunch time as curious Parisians wait to try various fried chicken recipes that helped build the chef's reputation. "My entire childhood was defined by the vacations when we visited my mother's friends in Georgia. There, I discovered the continuation of the big Sunday meals of West Africans, moments when the very soul of the family gathers around the table. I wanted to bring this culture back to France — that's the mission I have given myself."

"Is there a soul food identity specific to the French capital?"

In Lionel Chauvel-Maga's pantheon, the chicken waffle reigns supreme. A simple waffle hot off the pan makes a cozy bed for one or two pieces of spicy fried chicken, topped with a generous drizzle of maple syrup if desired. Legend has it that Black jazzmen in Harlem restaurants invented the dish as they tried to choose between a breakfast waffle and yesterday's leftover chicken for their morning meal.

While Mama Jackson, next to the Reuilly-Diderot metro station in Paris, also serves chicken waffles, the authentic side dishes are what bring the most pride to its founder, Ludovic Florella. At his restaurant, the menu for these small dishes that typically accompany meat includes: coleslaw, crushed sweet potato (Florella's is spiced with a hint of cayenne pepper), an assortment of rice and beans, Cajun-seasoned French fries and some very comforting fried mac and cheese balls. These last soft, savory round delicacies are Florella's interpretation of the famous mac and cheese dish that historians attribute to James Hemings, Thomas Jefferson's enslaved chef, who is said to have learned how to cook during a stay in France.

In a December 2020 article titled "The New Soul Food of Paris," published on the American culinary website Eater, journalist Alexander Hurst not only explored the new Parisian soul food wave but asked: Is there a soul food identity specific to the French capital? 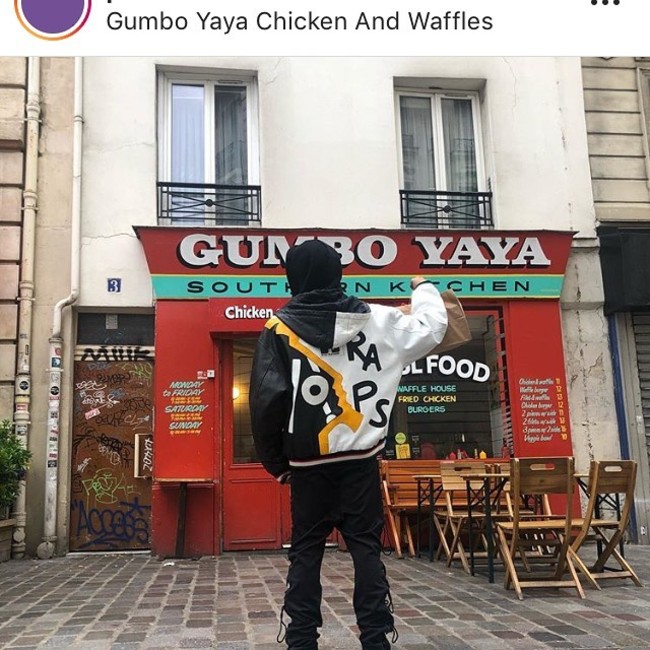 "The answer is yes!" says Rudy Lainé, co-owner of the New Soul Food truck that drives between the business headquarters of La Défense and the public library François-Mitterand. "This article was very beneficial for us as it highlighted that there's a space between restaurants labelled as 'African' — which does not mean anything when you know the great diversity of sub-Saharan cuisines — and the different ways of living and eating that make the majority of Blacks living in France nonetheless gather around the same tastes and cultural references."

"It is a potential new tradition that remains to be built"

In their new restaurant, Le Maquis, overlooking the canal Saint-Martin — and whose name is inspired by West African popular restaurants — the Lainé brothers cook dishes that blend various influences. On their menu, the "Afro-European" (braised chicken with Mediterranean herbs served with attiéké, a traditional Ivorian dish made from manioc, and a yassa sauce) stands alongside the "Afro-Subsaharan" (braised chicken with Penja pepper, basmati rice, plantains and a peanut sauce with Cameroun spices) and the "Afro-Creole" (grilled fish that varies according to the season, to be tasted with a French Caribbean sauce).

If American-style soul food has merged the different culinary origins of the African American community, Parisian soul food is about to add the cultural references of the Afro-descendants who grew up in France. It is a potential new tradition that remains to be built, but holds the power to recount the identities of its chefs.