Particularly in mega cities like New Delhi, the pandemic and its accompanying lockdowns have changed our audible environment. What does that tell us about where we're heading?

NEW DELHI — For the last 10 years or more, our mornings have been synonymous with the sonorous horn of the school van that would come to pick up our kids for school. With schools closed ever since the pandemic happened, mornings are devoid of the hurly-burly of kids getting ready and packing off to school. The long, clarion honk was a metaphor for all that a school embodies – punctuality, discipline, orderliness. It had the undisputable power to transport kids onto an entirely different kaleidoscope – the excitement of meeting school friends and a certain natural tendency to start behaving in typical school mannerisms.

That clarion call is being missed. Children across most parts of the world are yearning to be back to school – listening to more familiar sounds of the school bell, the rhapsody of the assembly choir, the laughter in the corridors, the rotund chorus of "good morning teacher" and much more.

The pandemic has changed our sonic environment. The ubiquitous sounds of life seem to have almost vanished. The vegetable vendor with his undecipherable call-outs of vegetable names, the street hawker's rustic marketing jingle, the occasional kabadi wala's high-pitched bawl, the innocuous gibberish of the tea-seller near the lane, the lyrical prayer of the beggar – all seem to have disappeared. One wonders how daily earners like them are managing their way through the pandemic.

The ubiquitous sounds of life seem to have almost vanished.

The ear-splitting honks of vehicles, jarring traffic snarls, wayward two-wheelers and the swarms of e-rickshaws with blaring Bollywood songs became rare, almost extinct. Sound of people in streets and markets faded into obscurity, the cheerful laughter and giggles of children in neighborhood parks got replaced with silence and anxiety. Announcements and loudspeakers on roads were quietened. The occasional roar of the airplane in the sky, the distant train whistle, the ringing of the ice-cream trolley, a firecracker somewhere – the little joys of humdrum life were gone. Call bells at home were not ringing. There were no visitors.

It took a pandemic for us to appreciate these everyday sounds. We almost started missing the screeching vegetable sellers and the traffic cacophony. Our daily soundscape changed after the pandemic. While many routine sounds were gone, the pandemic introduced us to new acoustic elements. Muffled voices behind masks from a calculated distance was the new conversation protocol. Sneezes, coughs, gargles, inhalers, nebulizers became familiar background scores. On one occasion, there was this sound of banging of plates from certain parts of the planet. 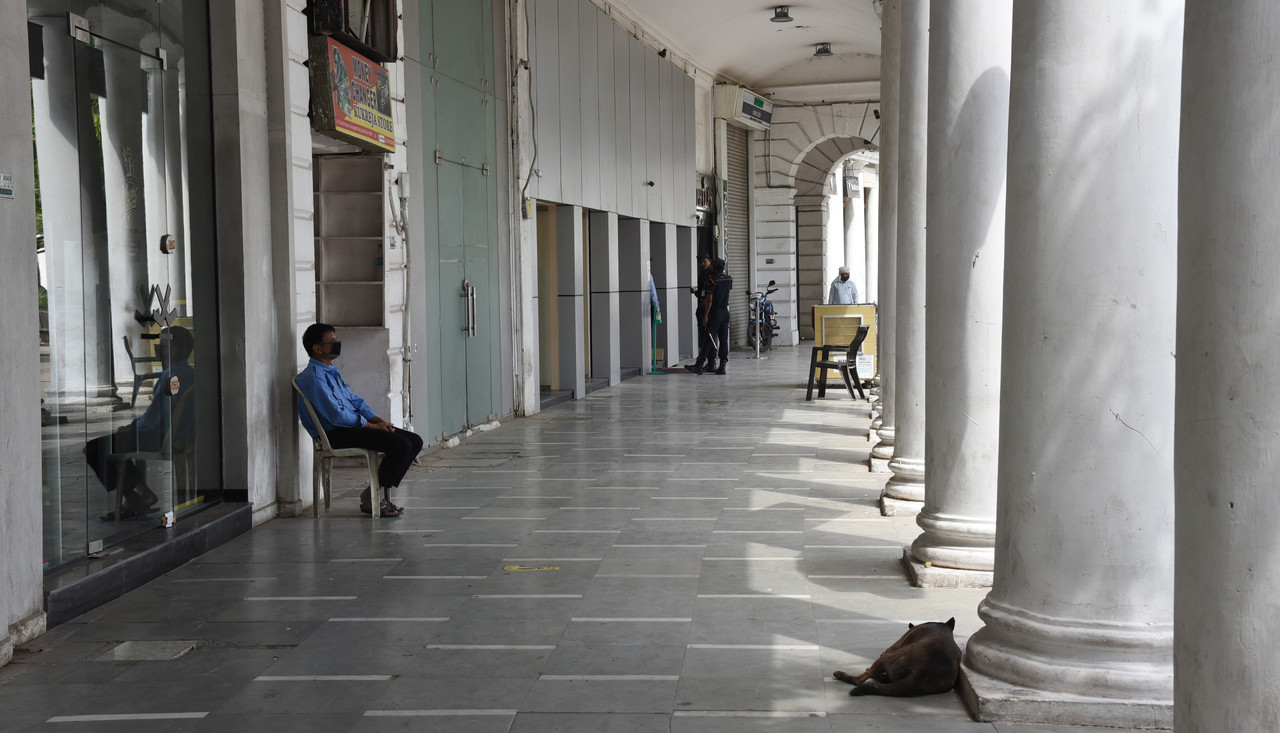 For most part, the pandemic became associated with stentorian ambulance sirens tearing through the night. Howling dogs and growling cats bemoaned the passing by of ambulances, in ominous cries. The noise inside hospitals became louder, the wails and sobs more painful. Beeping monitors, blipping electronic signals, ringing alarms, whirring oxygen pipelines, wheezing ventilators, humming X-rays, buzzing CT scan machines, dripping IV lines amidst frenzied movement of staff amplified the agony of hospitals. This was sometimes intercepted with a resounding clap or musical appreciation for a recovering patient or a selfless doctor.

There are sounds of cries and pain on TV. Gory visuals of hospitals, distressed patients and desperate family members became prime time news. There were louder sounds of journalists and news anchors as they uncovered story after story. High decibel inconsequential debates on the "whats" and "whys" of lockdown measures invaded our living rooms.

The internet was the elixir of the pandemic. It kept people busy and enabled uninterrupted learning and work. It kept organizations alive and employees earnings secure. The sound of Zoom calls, online meetings, videoconferencing sessions gave a semblance of continuity of life. Beeps, notifications, unmuted microphones, chats and pings provided some respite from an otherwise traumatic reality. The repetitive "Can you hear me" and "Am I audible" were the new work lingo. Phone calls and WhatsApp messages became more frequent. Music, videos, streaming media were the regular sounds at home.

Amidst all these phonetics, the sound of an eerie silence symbolized the pandemic. With traffic halted, factories closed and construction work stopped, sounds of activity receded. The buzzing sounds of existence got replaced by an unknown hush. Silence took over the aural conscience of individuals. We love our bustling roads, parks, markets, malls and city centers. Cities thrive on that chaos and din. Economies prosper on that noise – the noise of trade, sales and commerce. The sudden silence was deafening. The quiet is perhaps not always comforting.

The only solace is the birdsong. There seem to be more birds chirping and singing. Lockdown silence has reinvigorated nature. Social media is abuzz with stories of people hearing new birdsongs and animal sounds. The breeze is cooler, fresher as if flowing in musical notes. 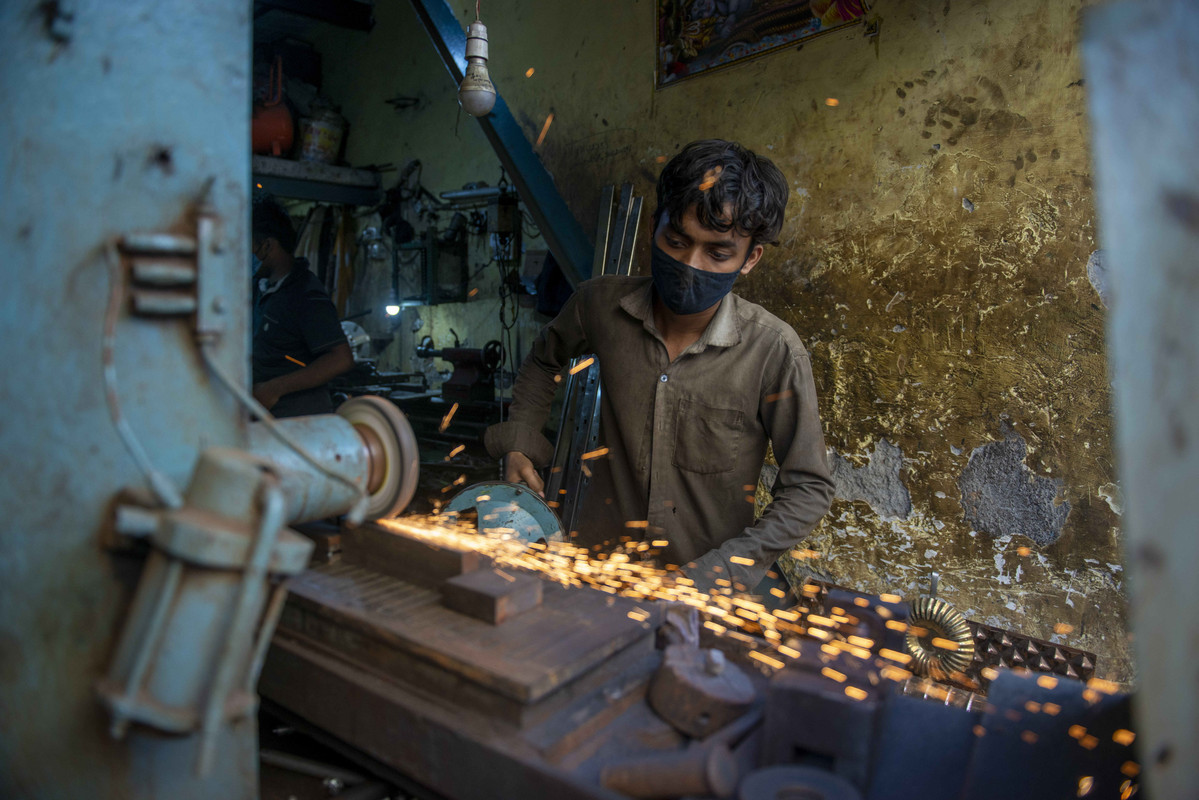 Forbes magazine reported that lockdowns resulted in a significant drop in noise pollution. Seismologists are reporting less seismic noise and vibrations. Even oceans were found to be more tranquil and ambient with ships and cruises temporarily suspended. Several reports from across the world testified to this.

The lockdown has produced a new sonic ecosystem, engendering never-before kind of aural experiences. The pandemic triggered research on sound environments and behaviors. Enthused researchers were exploring the sonic idiosyncrasies of the pandemic: Has the lockdown transformed the distinctive sounds of our cities? How is routine "noise" different? Are sonic peculiarities surfacing? What kinds of emotional response is it generating? Will it have long-lasting effects on listening habits?

Cities and Memory, a global collaborative field recording and sound art work, created a sound map of the pandemic by remixing noises from across the globe. There were others who were trying to record and preserve the temporary sounds of lockdown for the future. Some were exploring which noises characterize a place and which emotions they evoke. The sounds of the pandemic generated much interest from scientists and acousticians.

It is said that every place has a soundtrack symbolized by its life. These routine sounds – good or bad – give a feeling of normalcy. Listening is a fundamental sensory act. It is important to our understanding of our surrounding. Sound is vital to life. It provides a rhythm to our existence. The sounds of our mornings, evenings and night-time shape our life experiences. We do not know when the pandemic will end, what we certainly know is we don't want to listen to the sad song of the pandemic again.

No Answers: A Kashmir Doctor's View From Inside COVID Disaster

People think doctors have lost empathy. But we feel each death, and every young life lost comes a...