Researchers have identified more than 30 different languages in the South American country, 15 of which are still spoken on a regular basis.

BUENOS AIRES — Argentina may be South America's most Europeanized country, with Spanish, of course, as its official language, but it also has 36 recognized indigenous tongues (belonging to 38 peoples).

That is the conclusion that researchers involved in a year-long project create the country's first comprehensive language map presented earlier this month in Buenos Aires as part of the UN's 2019 International Year of Indigenous Languages.

Of those, 15 are still in more or less common use, nine are in the process of recuperation, and 12 are classified as "without speakers," as opposed to "extinct," since technically speaking "they're not dead," explains Daniel Huircapán, 34, a member of the Querandí people. "No one knows of anyone who still speaks those languages, but doesn't mean people won't do so in the future," he adds.

Huircapán, from Chubut, was one the people who contributed to the language mapping project. His ancestral language is Gününa-Küne (or Puelche). "The map was based on various research projects carried out on native peoples," he explains.

The project is an extension of a so-called "re-ethnicization" movement in Argentina. It's an effort to rediscover the country's indigenous past, when until as late as 1810, the country had 38 different groups of native peoples, most of which are now largely forgotten. "Many indigenous cultures were silenced for various reasons, but the re-ethnicization process has helped us learn about them," says Huircapán.

He now teaches Gününa-Küne at the University of Buenos Aires School of Languages, where he also studies anthropology. Huircapán sees the process as part of "an affirmation across Latin America in response to globalization, which has overshadowed the native peoples who have in turn returned to their roots."

A 2010 government census, based on figures compiled in 2004-5, listed the most widely spoken native languages in Argentina to be Mapuche (or mapudungun), Quechua, Guaraní, Qom-Quaqtaq, Wichí and Aymará, according to UNESCO, the United Nations' cultural agency.

These languages are largely unknown as they only remain in sparsely inhabited areas.

Andrea Taverna, a psychologist, specialist in psycholinguistics and researcher at CONICET, Argentina's state research institute, says it is important to have a map that reflects the national presence of native languages. "It's also necessary because these are without a doubt part of our cultural heritage, and more so in a multilingual country like Argentina," she says.

Carolina Hetch, an anthropologist specializing in native communities, says it is "very useful to have a map that describes the existence of indigenous languages, but I don't know of one put together by indigenous organizations or universities. Based on my experience and fieldwork I can tell you it is very difficult to create one, but it is important for the 2020 census to include questions regarding indigenous languages."

Unfortunately, these languages are largely unknown as they only remain in sparsely inhabited areas. "I had the opportunity to interact with speakers of native languages and noted their presence and liveliness in my own country," explains Taverna, who studies Wichí. "You feel like a foreigner in those zones, which is why I think a map with the different languages is not so much a need as a right for their speakers." 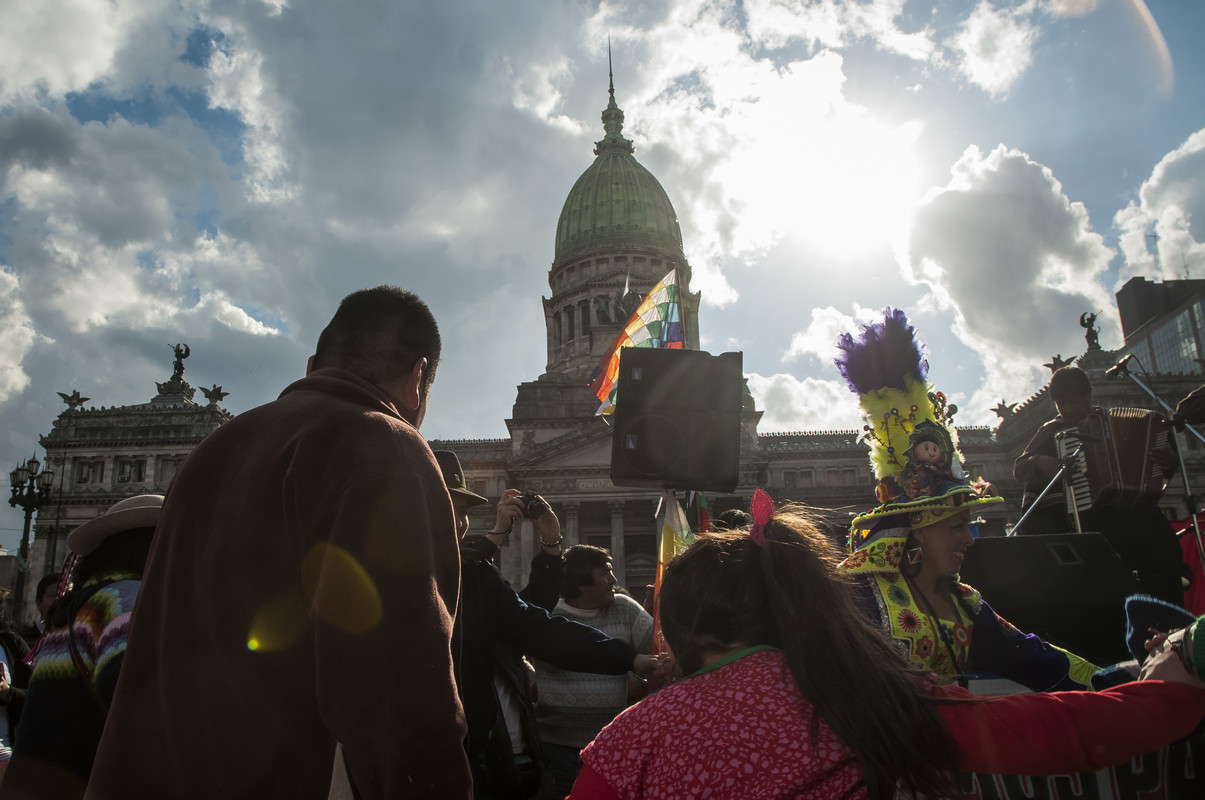 Cristina Messineo, another language specialist, agrees. "Argentina is a country that historically has negated and hidden its multi-linguistic matrix, especially relating to native peoples," she says. "The myth that we are all white and European and that the Indians belong to the past falls apart when you consider the latest polls, where the number of those recognizing their indigenous roots (nearly 1 million), exceeds the number who see this as a homogeneous nation speaking a single language."

Hetch wants strategies to revive such languages. "We need education policies aimed at indigenous people and that focus on preserving their traditional skills and languages," she says. "On the other hand, something that can benefit indigenous languages are new technologies like Facebook and Whatsapp, which are becoming new spaces where these languages can circulate."

Huircapán says that nine indigenous languages are "in revitalization," meaning there are enough speakers left to confirm their continued existence. "Our language too was one of those declared extinct and thanks to this project, we could show that our people not dead," he says. "We the Tehuelche-Querandí are still alive and our language still has speakers."

So why do languages disappear? Is it racism, marginalization, fear of reprisals or shame? Huircapán says that in the case of Argentina, there has long been a process of hegemony whereby people think of the country has having just one language and culture. "That led to natives being relegated and hidden," he says. "They themselves gradually went quiet, but it's simply not true that all Argentines arrived here on boats. That's a false assumption."

Losing a language is to lose a way of understanding the world, a way in which the human being speaks in relation with his or her surrounding territory. "It's about losing a part of our essence," says Huircapán. "It means losing a tool of transmission or how we understand the world, talk, think, feel. We lose our spirit. It's not easy explaining the loss of a language."

Taverna says that speakers of indigenous languages have been sidelined because of the way Europeans and the Spanish language came to dominate in Argentina. "And of course we cannot ignore marginalization and racism," she says. "I think many [indigenous people] choose to learn Spanish to be more competitive and avoid being tricked."

So why do languages disappear? Is it racism, marginalization, fear of reprisals or shame?

Huircapán welcomes the "reparative" changes taking place, the efforts being made to recognize and resurrect native tongues. "It is time we understood and warned about the importance of these different native languages that are a part of history, ours, and which cannot be ignored, even if the official historical discourse ignores them."

Taverna works with the Wichí community in the province of Formosa, where she says Wichí children are being taught their tongue as a first language. She says other children learning Spanish in cities must show "understanding" in this regard, and respect "diversity of culture and languages, and not see these little children as an exotic phenomenon, which would lead to situations of segregation and discrimination."

Messineo, for her part, emphasizes the positive influence of migrants coming from neighboring countries like Paraguay and Bolivia, who speak indigenous languages on a daily basis at home and at work, especially in sectors like building or fruit picking. And now that they're moving more and more into Argentina's urban centers, they're children, she notes, set an example for others to follow.