Burk Uzzle's image of loving (and muddy) couple at Woodstock has become a symbol for the 1960s hopes for a better future.

Fifty years ago, Burk Uzzle, a celebrated photojournalist, drove with his wife and two kids to Bethel, New York. The 31-year-old was heading towards Max Yasgur's 600-acre dairy farm near White Lake to enjoy the much-anticipated Woodstock concert. Uzzle had been enjoying a successful career as a documentary photographer since the early 1960s. At the age of 23, he became the youngest photographer ever for LIFE magazine. In 1968, he spent his time in New York and Atlanta, photographing the funerals of Martin Luther King Jr. and Robert Kennedy. This time, however, he was not on a photography assignment: He wanted to have fun with his family and enjoy the music.

What was supposed to be an uncomplicated day trip turned into an odyssey as thousands of people — as the story goes — turned the New York Thruway into a 10-mile-long traffic jam, from August 15-18, 1969. "We were stuck at Woodstock," says Uzzle, who spoke by telephone from his home in North Carolina. Having brought enough film only for one day, and not being able to resist the urge to take photos, he asked other photographers covering the event to lend him some material. It was with one of these old borrowed films that he captured the iconic photo of what eventually became the most significant musical phenomenon American history: Woodstock.

A half-century later, Uzzle reflects back on his photograph and the tumultuous era in which it was taken. Following the Civil Rights movement and the antiwar protests, many believed in the heralding of better times. That is essentially what Woodstock was, or rather what everyone believed it to be: The conclusion to a thundering decade. At that moment, his photograph and the loving couple featured in it symbolized "what we all wanted America to become." That is, in Uzzle's words, a gentle and loving nation. 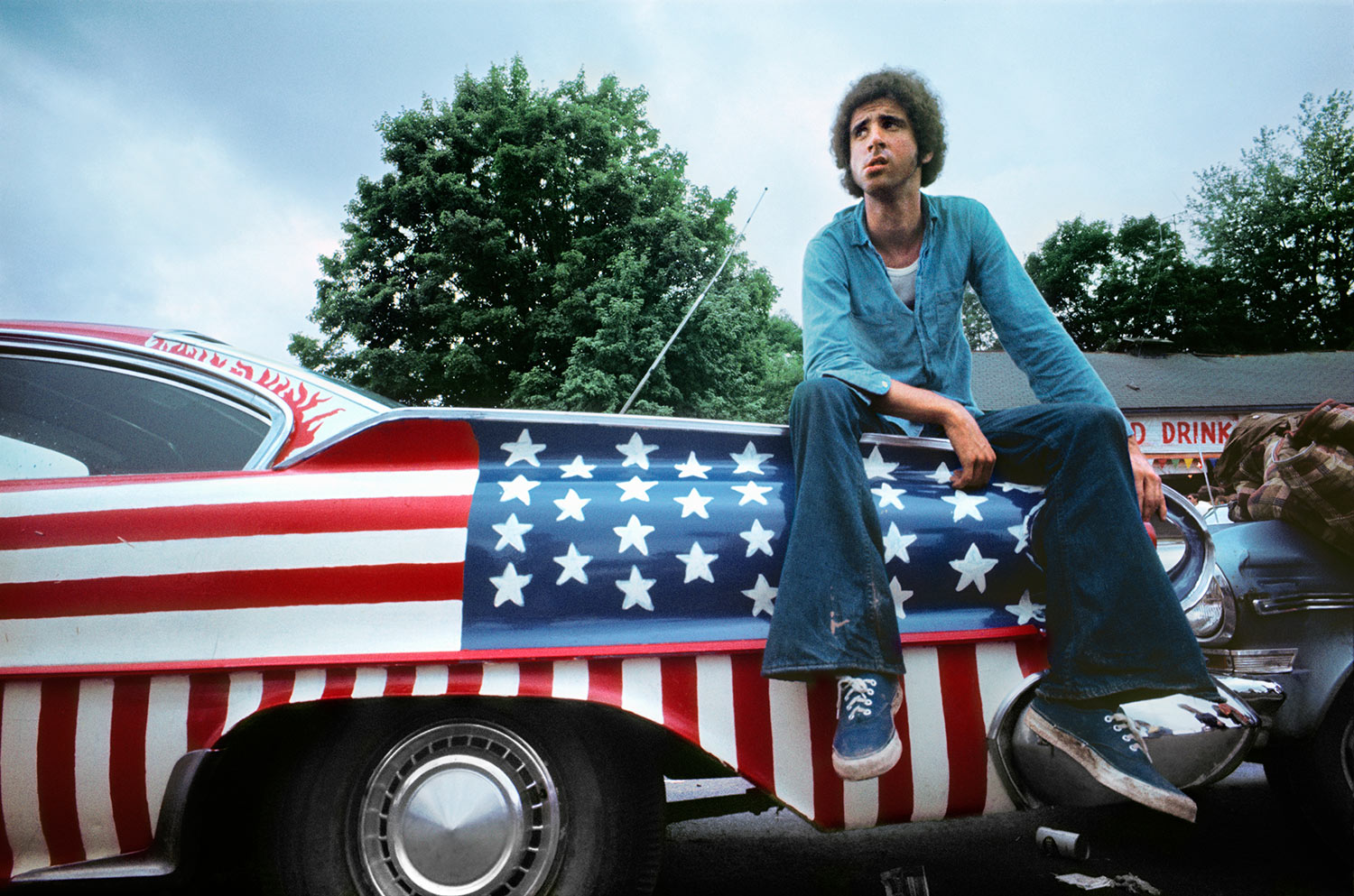 "I was very surprised when [the photograph] became so iconic and I am still surprised," says Uzzle. "It still gets a great deal of attention." And it has become one of the most recognizable images in the history of photography.

The couple, Bobbi and Nick Ercoline, eventually went on to marry and have kids. In fact, Uzzle got a chance to see them again when a magazine sent him on an assignment to mark the 40th anniversary of Woodstock. "I went up to where they lived and I did a new portrait of them. I was delighted to see they still love each other very much," says Uzzle. 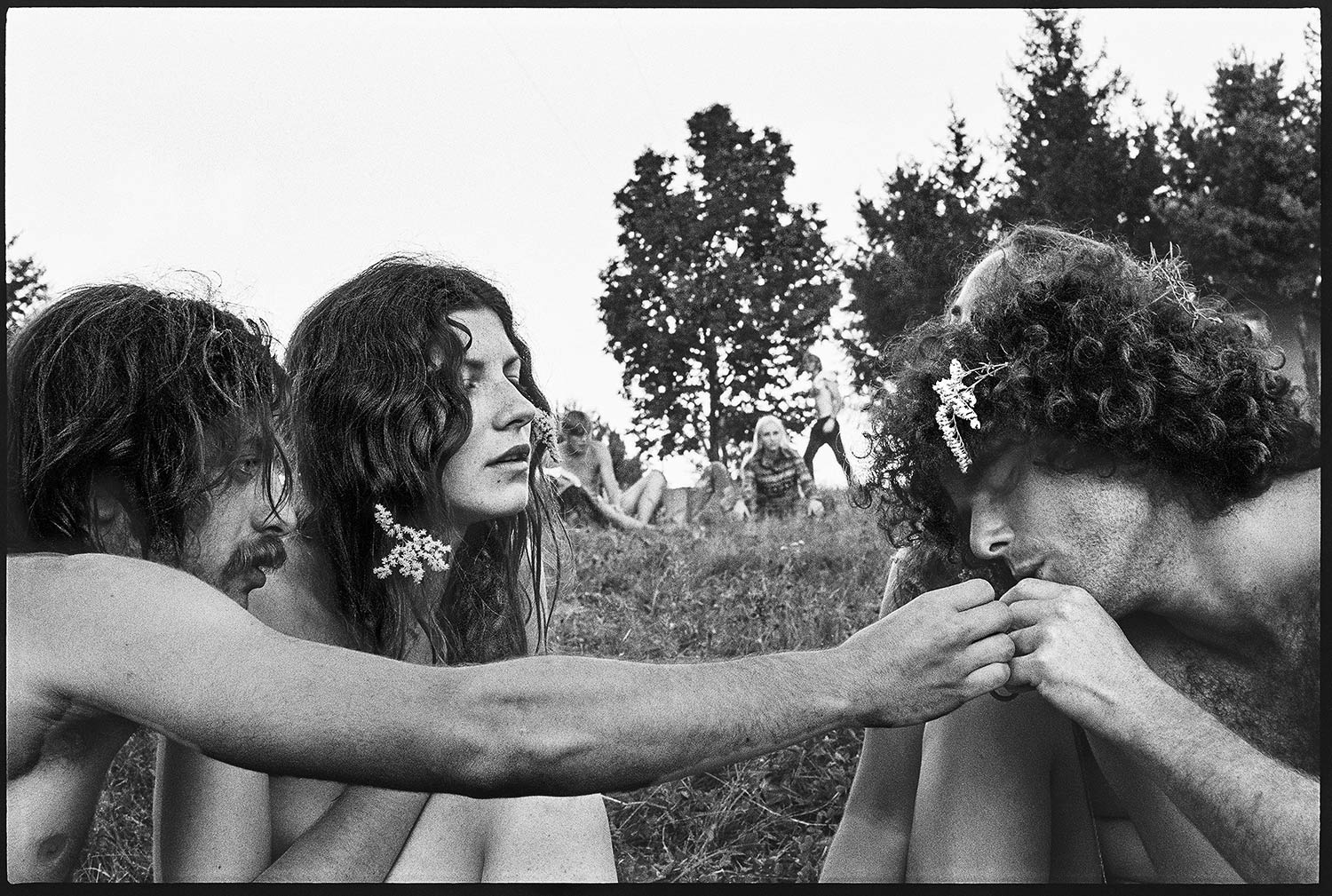 This message of peace and love, still very dear to Uzzle's heart, was very powerful in the U.S. and beyond. At the time, the world was on fire and you didn't need to look far to find people trying to change it: See Marc Riboud's photograph of Jan Rose Kasmir; Dennis Stock's photo of the Venice Beach Rock Festival; or Jean Pierre-Rey's La Marianne.

But Uzzle worries that things have not changed much since then and that, on the contrary, they have gotten worse: "We have a president and politicians trying to bleed us into hating each other. This is an evil, terrible situation."

Uzzle's work — resilient, emblematic and impactful — continues to make waves. His current work from his home in Raleigh, North Carolina, where he spends his days capturing the African-American experience is as invested as ever. And the history of his narrative, as he himself says, belongs to all of us.

ABOUT THE SOURCE
All rights reserved © Worldcrunch - in partnership with ONESHOT

Black Artists And Writers Give Another Voice To Appalachia

Known as Afrilachia, the African-American culture that spawned in the rural areas around West Vir...

The Tulsa Race Massacre, 100 Years Later — This Happened, May 31

May 31 marks the 100th anniversary of the Tulsa Race Massacre, believed to be the single ...