Offline And On Horseback: A News Detox Odyssey Through Europe

Gaspard Koenig has returned after several months spent traveling across Europe on horseback. The journey included a conscious effort to limit his exposure to current events, relying only on the local newspapers and conversations.

I start writing again after spending several long months riding my horse across the roads of Europe. From June 22, when I left the Château de Montaigne in southwestern France, to my arrival in Rome at the end of October, I didn't read a national newspaper or watch the news — not even once.

Most of what I learned about current events came from what people were willing to tell me, through random conversations: a Church has burned down, there's a new prime minister, the virus has started to spread again. It was enough for me to organize my daily life, and it also enabled my mind to make room for more perceptions and encounters. I only made one exception for the local press, which was teeming with bits of information and anecdotes about the regions I crossed.

When I came back to urban life, I tried to pick up the news feed, but after such a long period of time away from it, I wasn't able to absorb such large quantities: I felt physically ill in front of a news website; my brain rebelled at the sight of all these rambling and flashy headlines. I think if I had exposed myself to Twitter, I might have fainted rather quickly.

So I can't help asking this eminently paradoxical question as I'm writing for a major national daily: do we really need all this information? It's certainly useful to know the name of the United States' new president, but was it necessary to waste dozens of hours following the campaigns and covering the vote count?

I felt physically ill in front of a news website.

Ever since the Enlightenment we have tended to associate progress with the dissemination of knowledge, and civism with a form of enlightened curiosity: a proper and decent man must know about geopolitics, current debates, the world economy. Even today, when we're having a conversation with someone, the "one who read that" claims moral authority. But have we not reached a stage of overproduction, up to the point that the exponential accumulation of information is affecting our capacity for analysis?

As early as the 19th century, sociologist Georg Simmel had noted that the multitude of stimuli in the modern city prevented the citizen from identifying individuals in a crowd and deprived him of his capacity to react. Today, writings and research on news overload or "infobesity" abound, to the point of producing an additional overflow of analyses on top of that ... 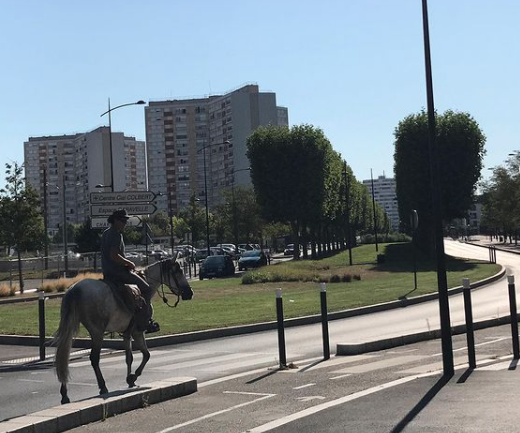 An American adult spends on average 12 hours a day reading the media (you read that correctly: half of his life). The personalization of news feeds on social networks is the final blow to our virtuous conception of the news: the documentary The Social Dilemma shows how algorithms seize our intelligence and redirect it towards points of views that are increasingly more radical.

Let's try a mental experiment. Imagine for a moment that citizens cease to be interested in what doesn't concern themselves at any given moment. Some unpleasant phenomena might then simply disappear on their own, starting with terrorism, which exists only through its disproportionate impact on public opinion. What would be the use of slaughtering innocent people if no one knew about it? Conspiracy theories would collapse with no way to spread them. Electoral populism would have a much harder time finding its way into our consciousness: crude concepts and simplistic theories about globalization or social justice wouldn't fascinate anyone. As for the dangerous polarization of opinions, it would naturally be replaced by the daily confrontation of experiences.

I must now find the right diet for a reasoned consumption of the news.

We could fill our newly freed cognitive space with more concrete concerns, which need solutions here and now. Better to know your neighbors than the team in the White House. There's no doubt that each of us would gain in peace of mind, and society as a whole, in collective harmony.

In the homes that hosted me during my trip, the news was considered for what it is: epiphenomena, something we could complain about in the evening at dinner without it ever changing the course of the day. I crossed several regions in France, from Périgord to Alsace, from towns to villages, and I didn't hear debates about "insecurity" that were making headlines at the time, and which I only discovered afterwards.

I must now find the right diet for a reasoned consumption of the news. No one will ever catch me with my hands in the cookie jar of endless news sites again, looking for my dose of thrills. Hegel considered reading the newspaper as his morning prayer. That sounds like a good pace to me.