Is Handwriting Doomed In Our Digital World?

Schools still make a point of teaching students to write the old-fashioned way. And in France, kids still have to learn cursive. But are teachers fighting a lost cause?

PARIS — Do you remember the last time you wrote by hand? Until even a few years ago that would have seemed like a silly question. And yet, these days you might actually have to pause for a moment before remembering that: "Oh yeah, I know: On Saturday I wrote out a grocery list that I posted on the fridge."

We also sign things still by hand, jot down a few notes perhaps when we're talking on the phone, fill out checks, and write addresses on envelopes. But overall, we engage relatively little in this ancestral practice, at least compared to how things used to be — in the good ol' days of the pre-digital era.

What about letters and greeting cards? They now represent just 4% of all postal activity. Condolences, congratulations, birthday wishes? They're now sent by email or SMS, perhaps with a fun little GIF attached. Many of us even use our phones to write up to-do lists, which are less likely to be accidentally left behind on the kitchen table. And for business meetings, we use laptops or tablets to take notes. Show up with a regular old notebook and you risk looking blatantly behind the times, in no hurry to act and communicate.

"We continue to write a lot, but differently, on digital tools. Nowadays the most widespread way of writing is typing," says Jean-Luc Velay, a cognitive neuroscience researcher with CNRS, France's national research institute. "Pen and paper," he adds, "seem incompatible with the new spatial and temporal dimensions of written communication. We often write to several people at the same time in order to get a message across very quickly."

We have an emotional attachment to handwriting.

All of this is even more true, of course, for younger people, for whom handwriting is nothing more than a touching relic of a bygone era. There are fewer pencils, markers and pastels in children's rooms, not as many notebooks and diaries in teenage caves.

"My 16-year-old nephew doesn't even know how to send a letter. He doesn't know where to put the address on the envelope, where to stick the stamp," says Vanessa Mahabo, 30, author of the blog "N'Oublie Pas d'Ecrire" ("Don't Forget to Write"). "When he placed an order on the internet, he put his email as his delivery address."

Take out your pencils

All of that may well be true, but don't blame the schools. At the primary, middle and high school levels, students are still taught, and expected, to write the old fashioned way.

"They're the last of the Mohicans, all thanks to the teachers, who themselves only write now to grade homework assignments or maybe to make a shopping list," says Mara Goyet, a writer, blogger and high school history teacher. "Even if they are slower than before, high school students still write a lot."

Not only that, but there's still an emphasis on teaching kids to write in cursive — a throwback to the days of copyist monks and calligraphy. Six years ago, the French Ministry of Education, after considering submissions from numerous graphic designers, made a point even of recommending two new models of cursive writing. 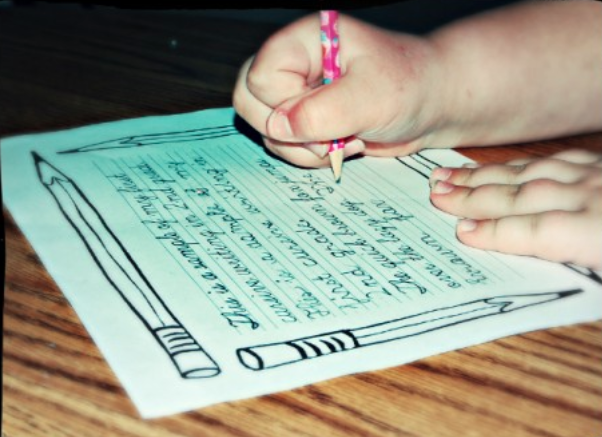 Dotting the Is — Photo: Catherine

"We have an emotional attachment to handwriting," says Jean-Luc Velay.

The cognitive neuroscientist doesn't, however, think there needs to be such orthodox ideas about cursive, which was initially imposed as a way to avoid raising the pen and thus making ink stains. Print writing, he points out, is just as legible and and may even be faster, according to some studies. And regardless, starting in middle school, most children come up with their own cursive-print cocktail.

What doesn't make sense for Velay is giving up manual writing entirely. He calls it a link between the hand and brain, between the body and mind. "By tracing the letter, a motor memory is created that is then used to visually identify the letter," the researcher explains. That, in turn, favors memory, helps with spelling and even improves reading skills, Velay argues.

Sorely out of practice

For all of the those reasons, the ball-point is mightier than the keyboard. But it still needs to be handled with dexterity.

The problem is that for a growing proportion of students, manual writing seems so slow now. It's tedious, uncomfortable even. Sure, kids still cover their desks in graffiti, and handwrite the little notes they secretly pass around. But when it comes to copying out a paragraph, there's the inevitable: "Nooo! Please teacher, not that!"

"We complain when we have to open our notebooks. By the end of the day, your wrist hurts," say Lilou, 12, and Myrtille, 13 years old, middle schoolers in Lot-et-Garonne.

The latest education report from the Académie de Créteil suggests that in middle schools, poorly mastered spelling and its corollary — illegible writing — are spreading. "I see kids starting their Es on the right, their Ts from the bottom, I see poorly held pens, hands that are suffering, notebooks that aren't pretty," says Delphine Guichard, a fourth- and fifth-grade teacher in Loir-et-Cher and author of the blog "Charivari."

Handwriting was recast as an oppressive, old-fashioned discipline.

Nicolas Lakshmanan, a high school literature teacher in Sotteville-lès-Rouen, in Normandy, agrees. "It's gotten worse since I began in 1992," he says. "The writing is heard to read. Students think it's normal to suffer, and are so slow taking notes that, even in the final year of high school, I have to speak at a dictation rate."

Laurence Pierson, a former teacher in the Ménilmontant neighborhood of Paris who now works as a handwriting instructor, says that with the cultural changes brought about by the May uprisings of 1968, handwriting was recast as an oppressive, old-fashioned discipline. Instead kids were told "to be creative," says Pierson. "The time devoted to learning to write has been reduced to no more than two hours a week."

Without the training, students don't develop the necessary skills. It doesn't become automatic, in other words, and that affects spelling and grammar, she adds. "It's like with driving. If you're thinking about shifting gears, you're never comfortable on the road," Pierson explains. "We are now reaching the third generation of teachers who are not trained in writing. As they themselves have not learned, they can't pass the knowledge along."

One of her colleagues, kindergarten teacher Isabelle Freitas, says that there's a related problem of coordination and muscle development. "Children have more difficulty using their hands. Their fingers aren't strong enough. Their thumbs won't clamp down, out of habit of swiping screens," she says. 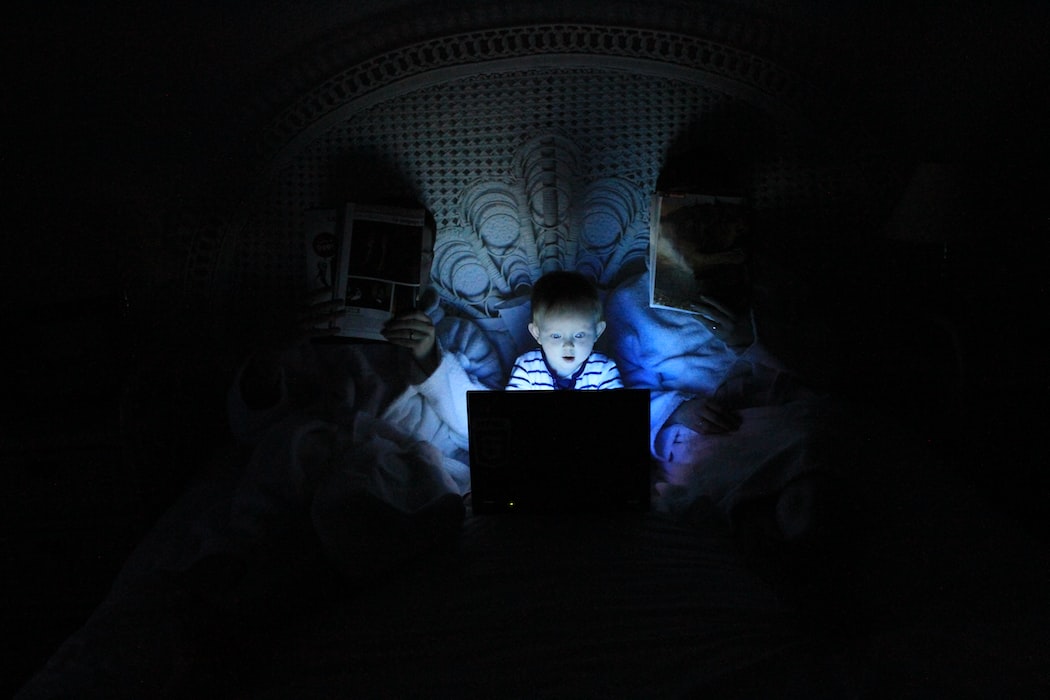 For handwriting instructors, business is booming — not because children have any kind of learning or physical impairments, but because they haven't gotten the necessary instruction, Pierson explains. Adults are seeking help too, she says: Clients include teachers, or people preparing for competitive exams. Handwriting, she says, isn't like riding a bike. You do, in fact, lose the skill if you don't use it.

The writing on the wall

Professors at Cambridge University in England complained in 2017 about assignments being so illegible that, in order to understand the content, they had to ask their students. Teachers also complain about speaking to rows of open laptops, and above the din of clanking keyboards. Olivier Esteves, an English teacher at the University of Lille, calls the machines "weapons of massive distraction."

Victor, 24 and just out of Sciences Po Paris, did all of his coursework on computers and can attest to how distracting they are. "After an hour and a half, in the amphitheater, everyone is on social networks, looking at emails, or moving on to another subject," he recalls.

He also knows that as the years went by, his handwriting got progressively worse. Things were so bad that, when Victor began preparing for the civil service exam (which requires students to write the old fashioned way), he decided to seek professional help.

The Sciences Po graduate calls the continued use of written exams "discriminatory." The lesson, though, is that taking hand-written notes pays off, especially since universities (with the exception of medical schools and some business schools) don't seem ready to switch over to computer- or tablet-based exams anytime soon.

At the same time, there's also argument to be made for putting more emphasis in schools on digital writing. The question is a nagging one for Françoise Cahen, a high school literature teacher in Alfortville, southeast of Paris. She makes a point of having her students handwrite their essays. But she also acknowledges that in some cases, a computer can bring out the best in students.

"It frees them, and some are capable of doing amazing things," she says. Cahen says that with reading too, some students are more likely to do their assignments if they're in digital rather than paper format.

Are teachers shouting into the wind in that sense? Is handwriting destined to die?

"I fear that without the stylus, handwriting — this asset of the human species — will disappear in two generations," says researcher Jean-Luc Velay. "Just look at how young people are increasingly dictating their text messages."

From Paris To The World, An End And New Beginning For COVID-19

By now, our regular readers know that Worldcrunch works hard at being of and for and about no ...

To receive the daily Coronavirus Global Brief in your inbox, sign up here. SPOTLIGHT: ...