Youths tend to stay in their parents' homes for longer. - Alex Pavloff

More and more young and not-so-young people are returning home to live with their parents. A phenomenon which is hard on their aging parents.

GENEVA — Françoise, 71, couldn't have dreamt of a more complicated relationship with her 39-year-old daughter Sandra. They used to speak every day, and not a week would pass without them seeing one another. But their relationship changed last September when Sandra arrived and unpacked her suitcases after a break-up. "She stayed seven months. Hell!" sighs Françoise. "She never ceased to remind me that I am old and decrepit and that she can't stand my retired life. Worse, she didn't do anything around the house, despite the fact that she acted very autonomously. I found myself stuck with a 40-year-old teenager."

Françoise says her grown daughter, who wanted a child of her own, had been stung badly by her boyfriend who changed his mind at the last minute. "She took her anger out on me," the aging mother said. "I didn't dare to invite friends over for lunch if she so much as seemed to be in a bad mood. I felt obliged to constantly be at her disposal."

Sandra was not the first daughter to come back to the nest. Six years ago, she housed her youngest daughter and her boyfriend. The couple was situated in the house for two years, enough time to have a baby and find an apartment. "The atmosphere was better, but they weren't much help either. This generation is bizarre," said Françoise. "In my youth, it was necessary for everyone to leave their parents' house as soon as possible. But now it seems they'll come back under any circumstances."

They've been named the Boomerang Generation: a new set of offspring thought to have been given every possible tool needed to ensure their success, until they return home, key in hand, years later. According to sociologist François Höpflinger at Zurich University, who specializes in family, aging and intergenerational relations, the phenomenon is growing in Switzerland. "Already youths tend to stay in their parents' homes longer, sometimes until 25 or 28 years of age, but now that number is currently rising so that 40-50-year-old adults are returning home in the aftermath of divorce or loss of a job," Höpflinger explains. "This is especially prevalent in wealthier cities like Geneva, Lausanne, and Zurich, where often parents have lived in the same place for more than 20 years, with below-market rent and spare bedrooms." 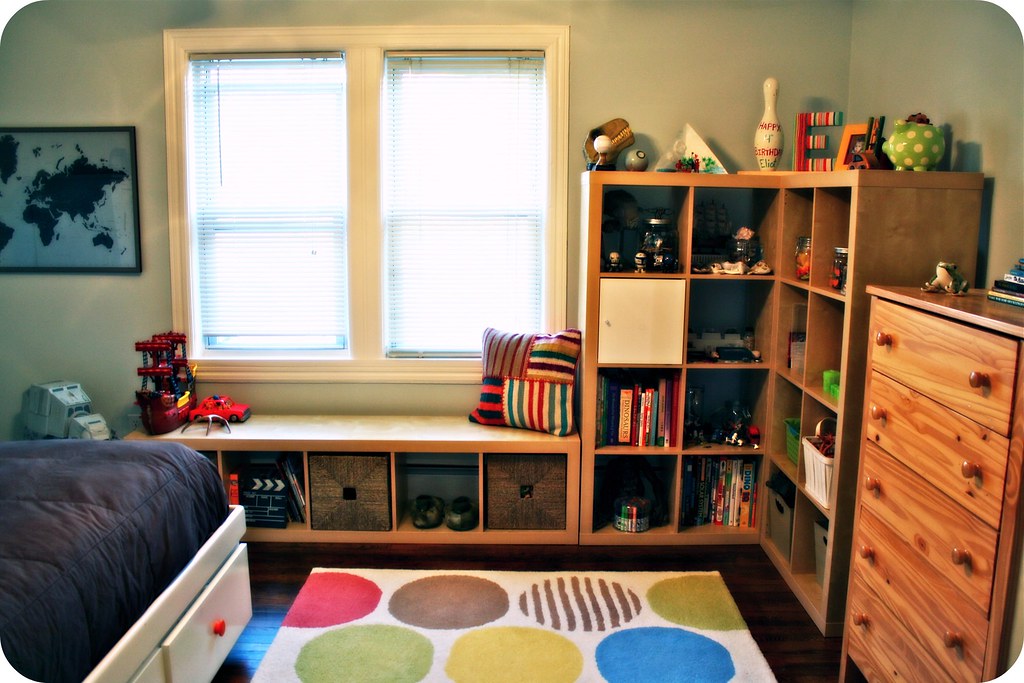 For grown children moving back into their childhood bedroom is a last resort — Photo: Amy Gizienski

The London School of Economics did a study that measured the quality of life for parents aged 50-75 in 17 countries who were forced to live again with their grown children. The impact of these returns was calculated by looking at "feelings of control, autonomy, and every-day pleasure and self-realization." The results: These parents showed an average loss of 0.8 points on their measurement of quality of life, equivalent to that of a handicapped old woman who has trouble dressing herself and moving around.

The return of their children is seen not just as a sacrifice for parents, but also a failure of the child's transition into adulthood. The usual contract remains: I will pay for your studies for however long they take, but after that, you're on your own," confirms Caroline Henchoz, a sociologist who specializes in finance for couples and families at the Fribourg University. "In the modes of familial solidarity, parents provide economic aid as much as they can as an investment, in order to conserve the independence of both themselves and their children. Most of these returns happen in modest families." This can be seen through the 615,000 Swiss now affected by poverty. "These returns offer a way to get back on your feet, but they remain a last resort," continues Henchoz. In our interviews with young people aged 18 to 30, it was clear their aim was not to return home. Even when faced with enormous debt, they try to get by on their own.

When will you be home? Who are you seeing?

At 29 years old, Alice had to move back into her childhood room after living in the United States for six years. Questions like: "When will you be home? Who are you seeing? Are you eating dinner with us? are insufferable when you have already tasted independence. My relationship with my dad was so strained and tense that I escaped home as soon as I could."

But often parents of this generation allow their children to stay as long as they please as François Höpflinger notes, "Sociologically we are staying young longer, in Switzerland, the average age that people have their first child is 32. So living with parents or returning to them until then is easily tolerated. The boomerang effect has almost become a phase of life, it's only at 40 that the feeling of failure is felt on both sides."

Behind closed doors, even the parents of twenty-year-old boomerangs suffer. "At first I was depressed when our son found his first job and apartment, but then I rediscovered the freedom I had had in my 20s," says Sabine, 54. "But then he crashed and came back. Since then, he has found a job but has also discovered that he likes saving a piece of his salary to party and travel. He'll empty the fridge without buying anything and brings girls back to the house. Watching him has taught us great life lessons, considering that he considers himself an adult. Maybe to encourage him to move out, I will start to ask for rent."