Easier Rider, The Era Of Packaged Road Trips Has Arrived

LAUSANNE — "We struck off, heading for the horizon with a fever we thought could be cured by accumulating kilometers. But it just riled us up even more. Still, moving quenches something. It eases our melancholy at not having done anything with our lives, at having been born too early and having failed at everything. We weren't gamblers, we missed the boarding time for pirate ships, we never met up in Sherwood Forest. What's left? Motorbikes, my friend."

So begins writer-adventurer Sylvain Tesson's new book, En avant, calme et fou (Forward, Calm and Foolish), published by Editions Albin Michel. The book recounts a quarter century worth of road trips, illustrated with photos from his companion, photographer Thomas Goisque. The travel buddies rolled through India, Russia, Mongolia, Siberia, Finland, China, Serbia, central and southeast Asia, Bhutan, Chile, Nepal, and Madagascar. And on Nov. 5, the Travel Channel aired a documentary about one of their motorized misadventures on a Royal Enfield, the legendary Indian motorcycle, on frozen Lake Khövsgöl Nuur by the Mongolian border.

The Paris-born Tesson has made a career out of road tripping and earned a fair amount of attention because of it. But he's not the only jaded city slicker drawn these days by the call of the open road. While some people are content to just while away the days in a resort hotel, where the only wandering consists of going from your room to the pool or buffet, others dream of clearing out and tearing up the road. For them, what matters is the trip, not the destination. It's about losing yourself to rediscover yourself, like Jack Kerouac or Peter Fonda and Dennis Hopper in Easy Rider.

In fact, a survey done by the Rent-A-Car company found that among European drivers, 20% cited "a road trip with friends" as the the most meaningful travel experiences of their lives. It shouldn't come as a surprise, therefore, that travel businesses are starting to take notice, with options designed to sate that special kind of open-road wanderlust.

Take Vintage Rides, for example. The company offers motorcycle trips in Asia — on a Royal Enfield, of course! The website describes nearly a dozen different options, including a 7 to 15-day motorbike tour in the Himalayas. "The operative words? Adventure, attraction and liberty," it reads. "During your trip, you'll ride through the roof of the world to the Nanda Devi, up 7816 meters. What a view!"

Another company — Sensations du Monde (Sensations of the World) — offers "a trip on the mother road," on America's famous Route 66. "Take your turn on the long asphalt ribbons, burning under the sun and stretching towards the horizon, crossing the empty spread of cracked red earth, service stations, old cars, cacti, and motels," the tour operator explains.

Then there's the website Van It, which David used last August to rent a fully-equipped Volkswagen van for a road trip through the center of Spain with his two teenage children. "The goal was to stop at the edge of a body of water — a lake or natural reservoir, something I vaguely located on Google Earth before leaving," the divorced father explains. "But we did a lot of wandering, using backroads rather than big highways, which standardize the landscape too much, giving it a tunnel effect. At each stage, we drove for hours on dirt roads looking for the perfect place to stop. A road trip is full of infinite possibilities, and that becomes pretty dizzying."

We create a path, in the joy of the unforeseen, looking to escape traceability, far from what society imposes on us.

Another road tripper, Paul, recently returned from a week of wandering in Greece. He surprised his fiancée with two tickets to Athens — and with a rental car waiting for them at the airport and no schedule. "We crossed the Peloponnesian Islands, with the music low, stopping randomly at sites whenever we found them on Lonely Planet: Epidaurus, Monemvasia, Hydra in the rain, Mystra from the terrace of a tavern because we were lazy that day," he explains. "And everywhere we went, we were alone. I'd like to say that we took pleasure in losing ourselves, but with GPS, we never really lose ourselves anywhere."

For sociologist Rémy Oudhgiri, author of Petit éloge de la fuite hors du monde (Eulogy for Escaping the World) (Ed. Arléa), the revival of road trips represents an update on Guy Debord's drift theory, which advises people to randomly wander through cities to "invent" their lives. "Today, 67% of Europeans say they have felt the need to escape their daily life. Road trips are just one of many possible escapes," Oudhgiri argues.

"We create a path, in the joy of the unforeseen, searching for places that escape traceability, far from what society imposes on us," he adds. "Walking is also a type of road trip, as well as a contemporary phenomenon. With the ecological problems, there's a new urgency to go independently discover the world as we know it, before it degrades." 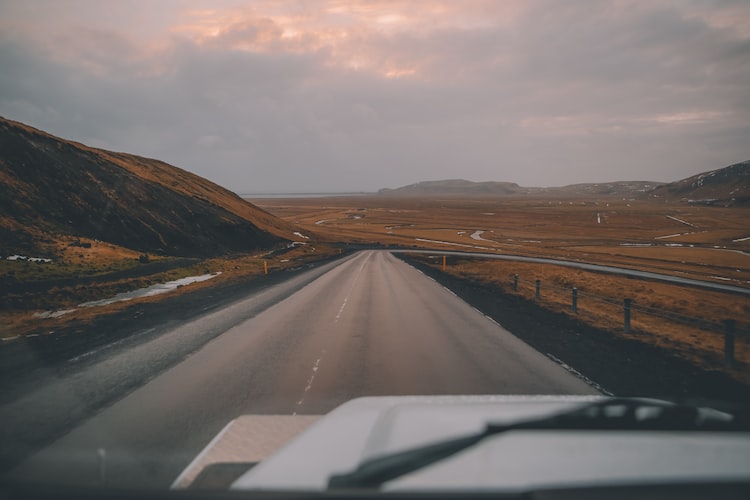 Filmmaker Andy Collet touches on some of these themes in his new documentary In Gora, which follows a band of riders crossing 6,000 km and 13 countries in a remodeled school bus. In Calabria, another recent documentary, Pierre-François Sauter follows two undertakers who go by hearse to repatriate a body from Lausanne to Calabria. A very human portrait, much of the film takes place in the intimate confines of the passenger's compartment.

It's a controlled escape from leisure.

From Thelma and Louise to Little Miss Sunshine, the cinema world has long been fascinated with this theme of the road as something that encourages revelation or change. In the real world, though, many neo-adventurers don't actually seem to like losing themselves. Instead they plan every night in advance, according to Oudhgiri. "It's a controlled escape from leisure. They recreate conventions to escape the boredom of having already seen everything," he says. "Real wandering means not knowing where you're going to land."

As if to illustrate Oudhgiri's point, two months ago, in Scotland, the first Instagram travel agency in the world opened. Its aim? To offer road trips to travelers based on the photos they've liked on Instagram. There's nothing like everyone rediscovering themselves in the same photogenic spots.