Can Tourism Save Southern Italy From A Demographic Crisis?

CASTELMEZZANO — Basilicata is facing a bona fide demographic crisis. The small region, located between the boot and heel of southern Italy, is home to roughly 570,000 people. But due to a low birthrate and high rates of unemployment and emigration, it loses approximately 3,000 inhabitants every year.

By 2065, according to a report by SVIMEZ, an economic think tank that focuses on southern Italy, Basilicata's population is projected to drop below 400,000. The situation is even starker at the local level. Over a fifth of the region's municipalities are home to fewer than 1,000 people and could become entirely empty within a couple of decades.

But rather than sit on their hands and wait for fate to run its course, some ailing towns have decided to fight back by developing a tourist infrastructure to welcome visitors from around the world. Castelmezzano, a hilltop hamlet of 970 people perched in the Lucan Dolomites, is emblematic of that approach. Last year it was featured in the Daily Telegraph's 19 top places to visit in Italy. Guardia Perticara, a village of 643 people famed for its historic stone houses, is another.

For other crumbling towns, however, time has already run out. Craco has been a ghost town since the late 1960s (when a series of landslides rendered the land so unstable it had to be abandoned), although it did reinvent itself as a tourist attraction and filming location. The town's residents relocated to a new Craco, but it's struggling too due to its remote location and general lack of services. The current population is just 773, and falling.

Lack of essential services is already driving some towns to extinction, regardless of their efforts to attract visitors. Villages in the Pollino National Park, like San Paolo Albanese and Carbone, are rapidly losing residents due to emigration and old age. 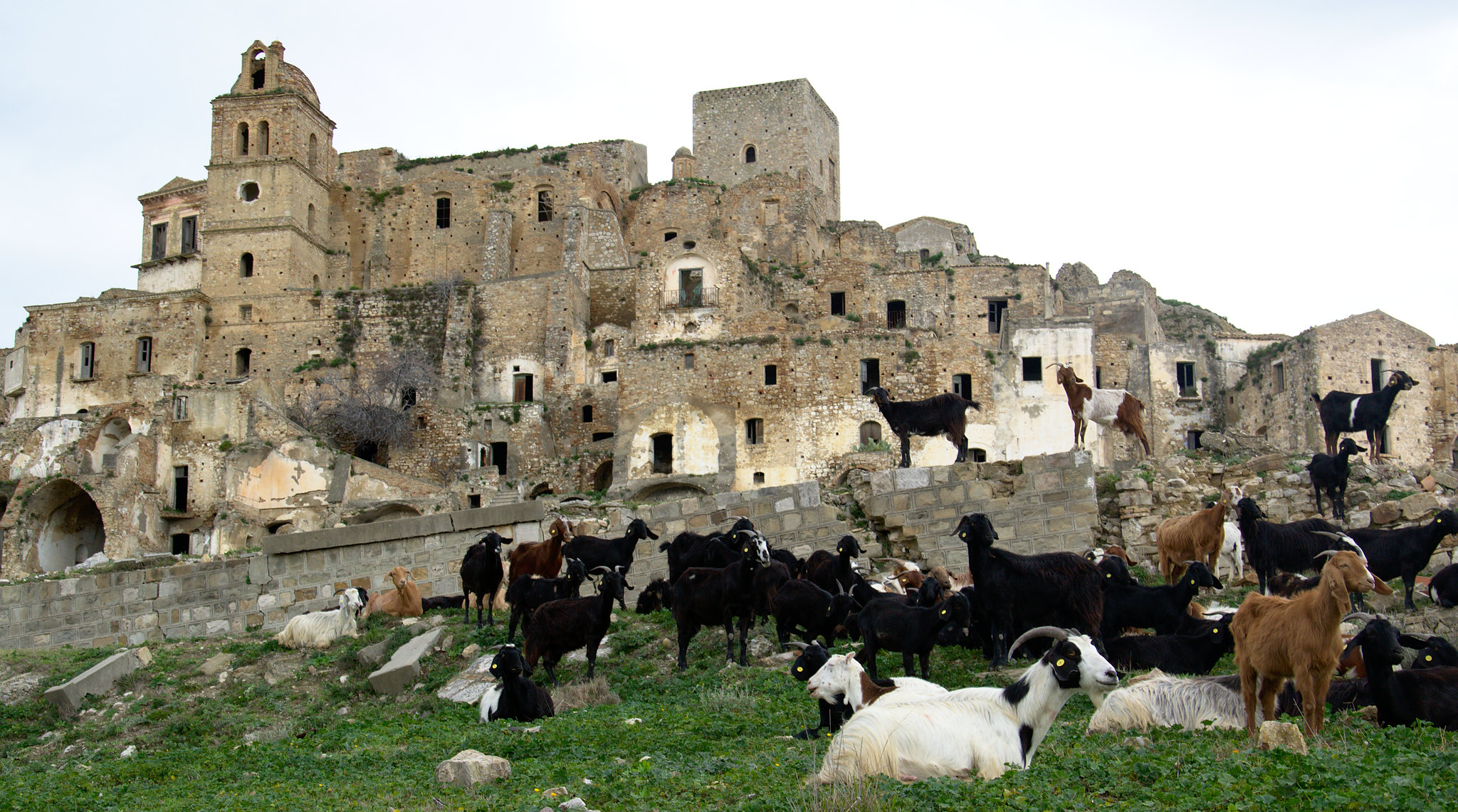 "If we expand the definition of a natural disaster to include social crises, then the abandonment of these areas is truly a disaster," says Giuseppe Las Casas, a professor of urban planning at the University of Basilicata. "Small towns once served to protect these lands, but now they're disappearing and giving way to a host of other consequences including landslides."

According to Las Casas, public services need to be re-designed to fit the new needs of the emptying towns. "One solution could be to jointly run services with local municipalities. It's been discussed but has yet to be applied," he says. "But if we build a new road between two towns with a high average age, people won't be able to use it unless we also provide public transit."

Given the dire predictions, Las Casas believes the region needs to plan ahead. "We need to start thinking about what will happen in 10 years," he says. "We have the statistics, but there is very little awareness of the problem, even in government institutions."

Ettore Bove, professor of agricultural economics and politics at the University of Basilicata, is more hopeful than his colleague that Basilicata's rural towns will be able to survive. With the help of his students he is researching the region's culinary traditions, which he believes could reverse the demographic trends if paired with a robust tourist infrastructure.

"Basilicata is divided in two parts: the more developed areas around Matera and the coasts, and the economically depressed interior," says Bove. "This dualism will keep growing unless we intervene, and tourism could help prevent the abandonment of many of these towns."

Bove knows his region has more to offer beyond the negative headlines. "We have to identify and value local resources so we can offer a cultural, ecological, and scientific experience for tourists," he says.