Alone (Not) Among People: Vienna's Coffee Houses Lost To Covid

Bygone days? At the café Eiles in Vienna - Facebook page

They haven't actually gone anywhere. But because of the pandemic, the city's celebrated cafés are off limits — and sorely missed.

That was a long time ago — more than 50 years, about two generations. Unlike in Kreisler's imaginary version, Vienna is now more full of Viennese people than ever. But it is as beautiful as a sleeping woman, and that's because of a catastrophe that no one saw coming: Vienna has lost its famous coffee houses.

Technically speaking, they're still there. But they aren't allowed to open, which amounts to the same thing. And yes, while it's true that we can live without coffee houses, their absence in the Austrian capital is keenly felt.

A few places are offering takeaways, but that's no replacement for the coffee house experience. When people go to a café, they want to be "not at home but also not outside," as Peter Altenberg, a Bohemian writer who whiled away his days in Vienna's coffee houses, put it. Or, as Viennese author Alfred Polgar said, people go to cafés "to be alone among people."

Where the world is welcome

These days, sadly, there are no chance meetings between writers and Bohemians in Vienna's coffee houses. There aren't even conversations between everyday locals.

Café Landtmann, opposite the Burgtheater, as the national theater is called, has been a Viennese institution since 1873. It's a place "where the Viennese are at home, and the world is welcome," where people from different spheres come together, not only the worlds of business and politics, but also "students and professors, businessmen and pensioners, locals and tourists."

Café Landtmann calls itself "Vienna's most elegant coffee house," and it's no exaggeration. Sigmund Freud, writer Arthur Schnitzler and artist Friedensreich Hundertwasser were all regulars, drawn by the impeccable service and classy atmosphere, with guests chatting in the cozy side rooms.

But the times have changed and no one is chatting in the café any more. There is no laughter, no swearing, no rustle of newspapers or whirr of the coffee machine, no waiter bantering with customers. Here, as everywhere else in the Austrian capital, cafés have been closed for weeks due to the pandemic.

The Landtmann is still offering a dessert delivery service on the weekends, and between 11 a.m. and 3 p.m., its terrace hosts an open-air cake market with "many sweet surprises" because "we think it's time for a bit of joy and indulgence."

It's a nice idea, but a takeaway Sachertorte or a warm apple strudel in a cardboard box can't replace the social element of a coffee house. You can get cakes and coffees to go in a bakery. A coffee house is something more, much more — a "leisure habitat, an extended living room," as Viennese publisher Michael Horowitz put it.

A symbol of the city

Compared to the Landtmann in the first district, the Café Sperl in the sixth district is less elegant, but cozier and beloved by its regulars, who can nurse a latte undisturbed for hours, read the newspaper or have a friendly game on one of the three billiards tables.

Just around the corner is Vienna's food market, the multicultural, multilingual heart of the city. It's a heart that's still beating, but only just. Like the Café Sperl, the Café Drechsler, the Gräfin vom Naschmarkt and the 110-year-old Café Rüdigerhof in the Margareten district have also been forced to close.

Sadly, the list goes on. The Café Bräunerhof, which counted writer Thomas Bernhard and sculptor Alfred Hrdlicka among its patrons, has also closed its doors, as has the Café Eiles in the eighth district, and the legendary Café Prückel, decorated in a classic 50s style, in the city center.

All the leading lights in Viennese coffee house culture have been forced to close because of the coronavirus. The list includes the Hawelka, in the heart of the city, a café that is as much a symbol of Vienna as the Eiffel Tower is a symbol of Paris. In the 1960s and 70s it played host to the Viennese Bohemian scene, of which cosmopolitan artist André Heller is the only surviving member, although he now lives in Italy.

All that is allowed are delivery or pick-up services.

We should be grateful that Josefine and Leopold Hawelka, who founded the coffee house in 1939 and established it as a regular haunt for literati and artists after World War II, did not experience this lockdown. It would have broken their hearts.

The other gastronomic institutions that make Austria's capital famous have been hit just as hard. For weeks now, the lights have been turned off in all the city's eateries, from gourmet restaurants to humble establishments selling Wiener schnitzel. All that is allowed are delivery or pick-up services. 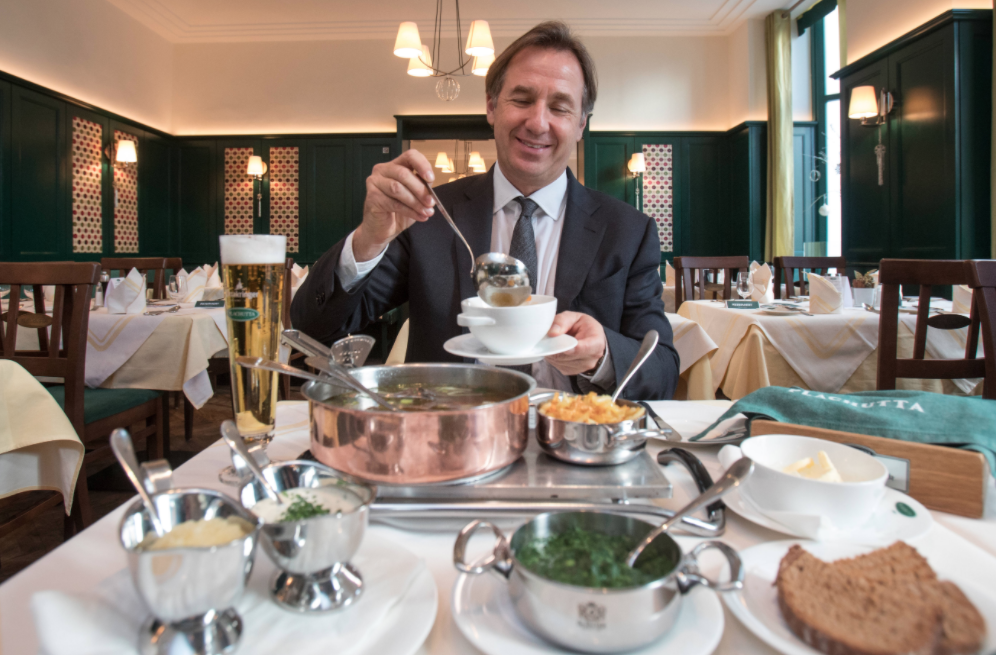 The ovens are still on in the Plachutta, which is known across Vienna for its specialty: boiled fillet of beef haunch. Although customers have to take their food away to eat, the restaurant's tables are still carefully laid.

When asked why they are still making this effort although customers can only come inside briefly to pick up their food, the impeccably neat waiter's answer is delightfully Viennese, delightfully pragmatic: "We want it to look nice."

What We Learned From Austria's Far-Right Experiment

Chancellor Kurz deserves credit for trying to work with the populist FPÖ. But he's also right to ...