An outright ban on wildlife trade may exacerbate the situation. Could carefully controlling these animal markets be the best answer?

CAIRO — It is likely that the COVID-19 pandemic originated in a live animal market in Wuhan, China, which displayed about 50 different species of wild animals, including some endangered species.

Unregulated live wildlife markets are an easy breeding ground for diseases as the species they trade — usually originating from very different environments with different immune systems — are suddenly placed in extremely close proximity. Being crammed in cages surrounded by loud noises and other distressed animals while being handled constantly creates high levels of stress, which ends up further weakening their immune systems. This creates an ideal environment for diseases to jump from one species to another, eventually hitting humans. It may sound like a practice we should put a stop to immediately, but the situation is much more convoluted than it seems.

There is widespread support for outright bans all over the world. The U.S.-based nonprofit Wildlife Conservation Society is calling to end the global wildlife trade in live animal markets, illegal trafficking and poaching of wild animals — if not to save species from extinction, then to save ourselves from the next pandemic. More than 300 organizations signed an open letter to the World Health Organization, urging it to recommend a permanent ban on live wildlife markets around the world. Recently, China issued a temporary ban on wildlife consumption and farming and Wuhan banned all wildlife consumption. It is expected that these bans could become law relatively soon; A survey funded by the World Wildlife Fund (WWF) showed that among five countries in Southeast Asia, the general public had a strong understanding of the correlation between the COVID-19 outbreak and wildlife trade markets, and most respondents said they would support a ban on these markets.

But is a ban on wildlife trade the best way to prevent another pandemic and protect biodiversity? 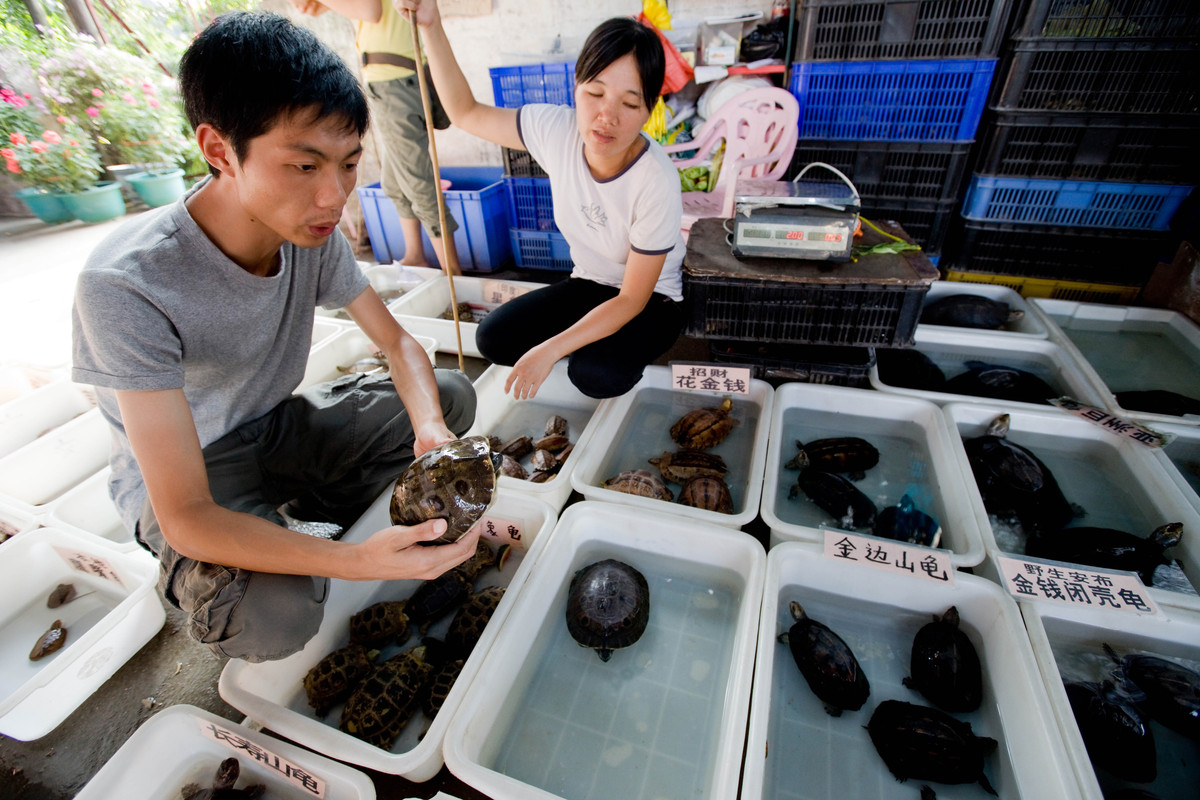 The unsustainable wildlife trade is "the second-largest direct threat to biodiversity globally, after habitat destruction," according to the WWF report. Sustainability is indeed a key question. Many organizations are against blanket bans on the wildlife trade, suggesting they are "unlikely to benefit people or wildlife … because they overlook the complexity of the wildlife trade." An outright ban can have several opposite effects, including increased market price due to protected status, black market trade, organized crime, increased poaching and the increased hygiene risks that come with unregulated trade. Not to mention that the WWF has been implicated in violent colonial practices against indigenous people in pursuit of its agenda; Locals are pushed out or banned from practicing livelihood activities such as hunting or grazing. A 2017 report by the Chinese Academy of Engineering found that wildlife trade in China was worth over $73 billion dollars and employed more than a million citizens. The traditional Chinese medicine industry, which was recently promoted by President Xi Jinping, is conservatively estimated to be worth a whopping $130 billion.

Just like the war on drugs, banning these products makes them more valuable

An outright ban on live wildlife markets could simply push them from the cities into the black markets of villages and rural communities, where they would be much more difficult to control. Furthermore, China's government promotes the idea that wildlife domestication is the key to increasing livelihoods in rural areas, as it provides an additional source of income and stable food supply — alleviating the government's responsibilities. Just recently, China's National Health Commission published a list of recommended treatments for COVID-19, which included bear bile powder.

The recent temporary closure of wildlife farms due to the COVID-19 outbreak has put the spotlight on just how large the industry is. Although only 3,725 permits were issued between 2005 and 2013 by the forestry administration, more than 19,000 farms were shut down since the outbreak. And that's only in China; Other major import markets include the United States and Europe. East Africa, Southern Africa, Southeast Asia, the eastern borders of the EU, some markets in Mexico, parts of the Caribbean, parts of Indonesia and New Guinea and the Solomon Islands are all struggling with unregulated wildlife trade and export.

The trade of wild animals is an extremely large, complex global market with a very long supply chain made up of different players, and it includes both sustainable and unsustainable forms of trade. Any ban needs to be extremely well considered — otherwise it can exacerbate the very outcomes it was meant to prevent, as we've seen many times before.

In 1979, for instance, more than 100 countries came together and agreed to ban rhinoceros horns from being traded after the species was on the brink of extinction. Today we are seeing huge increases in poaching in rhinos, elephants and tigers, all in spite of longstanding bans in the trade of their parts. Some critics say that, just like the war on drugs, banning these products makes them more valuable, and as the stakes get higher, the trade becomes more dangerous.

In 2018, the Convention on International Trade in Endangered Species began an initiative to study how legal and sustainable trade can contribute to people's livelihoods as well as conservation. Thirty new case studies of sustainable use of wildlife were presented, ranging from mammals, reptiles, amphibians and fish to corals and plants. They found that careful management of trophy hunting programs for bighorn sheep in Mexico and ibex and markhor in Tajikistan actually led to significant growth in wild populations that were dwindling, reduced habitat degradation by overgrazing from livestock, reduced poaching, and important economic and social benefits for local communities as well as incentives to protect these species.

The failures and harmful effects of outright bans in the past drive us to look for another way forward. There is enough evidence to suggest that better-regulated trade with full consideration of international wildlife trade laws, animal welfare, global health regulations and the livelihoods and aspirations of local communities would be a better solution.

*Kenzie Azmi is a wildlife biologist, an environmental educator with Dayma Journeys and a member of Nature Conservation Egypt.

The Limits Of #MeToo Even In Egypt's Most Progressive Circles

Waiting For It: When Egypt Arrests A Human Rights Activist

Gasser Abdel Razek and his colleagues at a leading Egyptian NGO have been arrested as part of gov...