When COVID Deprives French Winemakers Of Their Sense Of Smell

"Smell blindness," or anosmia, a common coronavirus symptom, isn't a pleasant experience for anyone. But for an oenologist, it's also a serious professional handicap.

The first thing Nicolas Garde noticed that morning in March 2020 was that he felt off — "bizarre," in his words. "After an hour, I realized that I could only smell a few aromas," the resident of Alsace, in eastern France, recalls. "Two days later, I had completely lost my sense of smell."

Like many people affected by the COVID-19 virus, Garde experienced anosmia, also known as "smell blindness." The difference in his case, however, is that the loss of smell and taste had a direct impact on his ability to work. That's because Garde is an oenologist, an expert, in other words, in the science of wine and wine making. And, as it turns out, he's not the only one to have faced this particular predicament.

54% of oenologists affected by COVID-19 had also lost their sense of smell.

A survey, conducted in July 2020 by France's Union of Oenologists, estimated that 54% of oenologists affected by COVID-19 had also lost their sense of smell. And while approximately 70% of them recovered their olfactory sense after 12 days or so, for more than 4% it took several months. Needless to say, anosmia is a real handicap in a profession which has around 7,000 workers in France, with more than half working in wine production.

Nicolas Garde, who lives in the village of Ingersheim, in an area known for its white wines, felt very ill for about five weeks. When he did finally return to work, it was on a part-time basis. He also remembers that at the time, he was still unable to recognize gewurztraminer, a wine with a very characteristic aroma and the specialty of the wine maker that he works for. 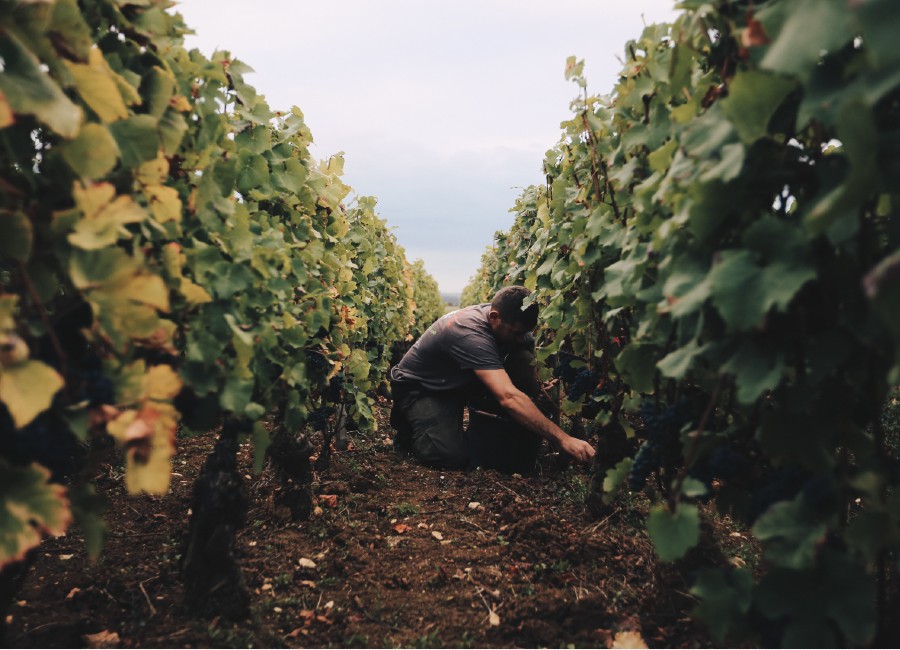 "I only smelled the alcohol and a bitterness that doesn't even exist," the oenologist says. "I was totally lost because not only had the aromatic perceptions disappeared, but they were actually distorted."

Complication matters even more that Garde is the winery's only oenologist. How could he prepare the blends or the samples for the customers? His solution was to create a tasting committee with his general manager, the chief cellar master and the sales manager, who each have tasting skills.

"I worked by listening to their suggestions but without the possibility of checking them afterwards," Garde recalls.

"It was a taboo in the profession."

This episode marked the profession and helped mobilize workers. Smell and taste are usually recovered naturally, but training helps speed up the process. And so, each morning and evening, Nicolas Garde forced himself to smell strong aromas: ketchup, herbs, lemon. In the meantime, the Institute of Vine and Wine Science (ISVV) of the University of Bordeaux in southern France, where future oenologists are trained, developed a protocol, available online, to help students recover their sensory faculties.

France's Union of Oenologists has also found that anosmia, which can be caused by various infectious diseases, is common. Its report revealed that 13% of the surveyed oenologists had actually been affected by a loss of smell before the pandemic — two thirds even said it happened to them several times.

"It was a taboo in the profession because an oenologist suffering from anosmia is scared to lose his job," says Sophie Pallas, director general of the Union of Oenologists.

The Union is now working on creating a confidential hotline to help professionals. Looking ahead, the group also wants oenologists to benefit from temporary paid leave. "This is why we would like anosmia to be officially recognized as a disabling condition because when an oenologist is affected, he loses much of his professional abilities," insists Pierre-Louis Teissedre, vice-president of the Union of Oenologists and professor at the ISVV.