CAIRO — The world around me has shrunk. I spend 97.32 percent of my time at home (I did the math). I go out to walk my dog once or twice a day. I buy groceries from a nearby supermarket once a week. That's a distance of just 242.28 meters (Google Maps did the math).

The pandemic restricts the movement of nearly everyone, to varying degrees: there's the small minority of Egyptians who can work from home, like myself; and the other demographic that doesn't work in the first place — the students, retirees and young children. Even those who must leave the house for work are forced to stay home during curfew hours.

Since I already like staying home, I thought I might as well go on full lockdown. As time went by, my physical senses started to change. When I walk my dog at night on streets that are usually busy, I find I'm alert to sound in a whole new way. My steps on the ground, people talking and watching TV in their homes, the hum of water pumps underneath buildings — these sounds reverberate against nothing, all background noise is gone. It's as though I am hearing them through noise-canceling earphones.

I've experienced such calmness before, during the 2013 curfew when President Mohamed Morsi was ousted. But it wasn't the same.

What's different this time is my inability to scratch that itch above my eyebrow. You see, I am the kind of person who mindlessly scratches pimples, insect bites and rashes even if it makes them worse. Or that's the kind of person I used to be. Now, I sense danger in everything I touch, and I am strangely, excessively aware of my hands. I will probably always associate this time with the feeling of an unscratched itch — the dozens of unsatisfied tingles on my face, neck and ears

It's just like the feeling we get when we sit in a position that cuts off blood flow to our feet — light pinches, like thousands of ants creeping on our skin as the numbness kicks in. Perhaps that's why the word for numb in Egyptian Arabic is tanmeel, derived from naml, which means ants. It describes both the tingling and the numbness. And that's exactly the feeling I experienced when I stopped touching my face.

The pandemic has made me hyper-aware of my sense of touch and then forced me to disable it, erecting a barrier between my body and the world. The barrier is all too real, I see it every time I leave the house.

If my superpower was to avoid viruses, the key would definitely be my weapon of choice. It's ironic, though, that the key I use to open doors has turned into the barrier separating me from the physical world outside the house.

If a drone were to follow me on my short walk to the nearby supermarket, it would capture a jagged, darting path. I've stopped walking in straight lines because I'm always trying to leave enough space between myself and everyone else on the street.

Luckily, my local supermarket is rarely crowded. But I still try to keep as much distance from people as possible. One day the checkout line was too long, so I left my cart in the queue and pretended to look at some shelves until it was my turn to pay. 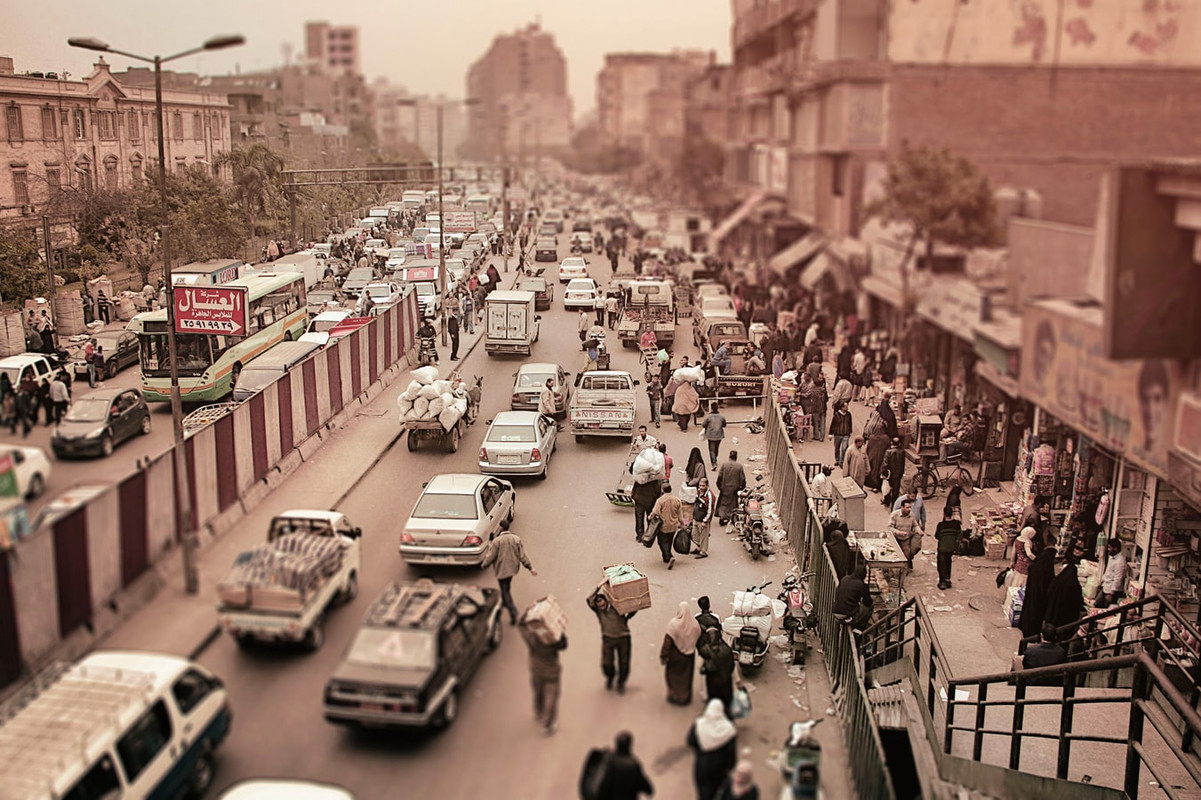 The next step is tougher. I'm carrying plastic bags touched by at least one or two supermarket employees, turning them into ticking coronavirus bombs that need to be handled with care. I return to my building, maneuvering the doors and buttons as I carry the bags.

When I finally get to the house, I start washing the products I bought. It's sort of an impossible task, since I can't wash cheese, for example. I do what I can, avoiding touching my face or clothes. Then I wash my hands well for 20 seconds.

I've been using a similar technique with my dog. I wash her legs after every walk, just like I do with the wheels on my son's stroller after our weekend walks around the block.

All these are merely lifestyle nuisances. In the first few weeks, I thought: "So what if I don't touch a doorknob or a wall, or if I don't stand near strangers?" I don't get much from these activities anyway. I'll get used to distancing in a week or two and it will become the new normal.

An acquaintance dropped something off at my house. I greeted him at the door, and we moved to shake one another's hand before we remembered. A few awkward seconds passed before I pulled back my hand, waved it in the air, chuckled like an idiot and said "Sorry, it's the corona, you know." He laughed too. So I won't even touch people I know. Fine. Will it matter? I'm not meeting people anyway, and I can just connect with them from the safety of my house over the internet. That's enough, right?

The zenith of physical affection — kissing and hugging your grandchildren, feeling and fighting the urge to bite their cheeks out of love.

Constance Classen, a scholar of the history of the senses, wrote in her 2012 book Deepest Sense: A Cultural History of Touch that visual culture, which is how she describes our current culture, replaced touch culture in the Christian middle ages. Around the middle of the 13th century, images and representations of saints began to take on a bigger role in Christian worship.

This change was fueled by pandemics such as the Black Death, which discouraged people from getting close to one another, and touching relics in groups. Many were put off by the inability of religious practices to protect them from contagious disease. This, Classen writes, opened the door for revision of some practices. Worshipper stories changed so that miracles, which used to be mediated by relics, began to happen through pictures of the saints. Eventually, it was no longer necessary to touch a saint's relic or image to give or receive a blessing. Rather, the Holy Spirit could be invoked anywhere through immaterial means.

Classen writes that this change reflected a shift in Christian worship; then it became more widespread, and more popular.

I would never have thought there would be a connection between changes in religious worship in the Middle Ages, and the changes I'm currently experiencing — from the physical to the visual. 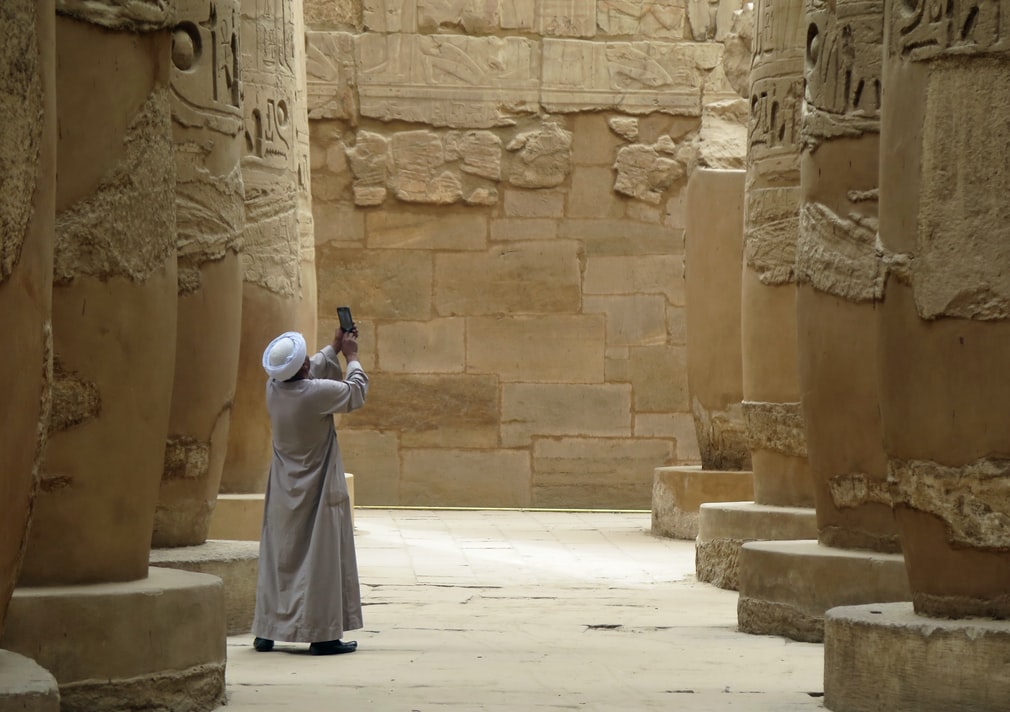 This pandemic will surely boost virtual communication at the expense of some physical interaction. My mother, for example, meets her grandson through the camera instead of visiting us in person.

But is it enough, even temporarily? I don't think so. My mother often says she wants to "eat" my son. This is probably the zenith of physical affection — kissing and hugging your grandchildren, feeling and fighting the urge to bite their cheeks out of love. This level of affection, this love bordering on violence, can't be expressed through a screen. I know my mother suffers when she's unable to visit her grandson; I am certain there is a price to this distance.

I am lucky, because I have a wife and a child to keep me company in my isolation. We're more physically affectionate with each other than usual, since we can't touch anyone else.

But still, I found I missed physical connection while I was speaking to my friends online. I don't mean physical jokes/horseplay — we've grown out of that — but a tap on the knee, a welcoming hug, a consoling pat. I never realized the importance of these communications until they stopped.

We're touch-deprived in regular times, then what about the times of pandemics?

Classen says touching is the sense left the hungriest in the postmodern world. Our visual interactions give us a range of sensations, but they do not gratify our need for touch.

She was probably writing with Western societies in mind, where physical contact is on the whole less than we have in our society. Here, people — usually from the same sex — kiss and hug, sometimes for no reason at all. Maybe that's why social distancing took one shape in Egypt and another in Western societies: a single look at the streets in Cairo on any given weekday would make you think Egyptians have never heard about coronavirus.

If, according to Classen, we're touch-deprived in regular times, then what about the times of pandemics? Wouldn't our hunger be more vicious than those who are used to less?

On my way to the supermarket, I see two young men, one wearing a mask and gloves but with his arm around his friend's neck. Their bodies are touching as they walk.

At the beginning of the pandemic such a scene — normally not uncommon on Egyptian streets — bewildered me. Why do they wear masks and then ignore social distancing? Don't they believe in science? Haven't they heard the Health Ministry's warnings?

Now, even though I'm still all for social distancing, I think I get it.

Now Is A Very Bad Time To Be Pregnant In Egypt

The pandemic is putting the squeeze on hospitals and clinics, and making things particularly diff...