Eyebrows, Nods And Elbow Bumps: Handshake Alternatives Around The World

Humans have been greeting each others with handshakes for thousands of years. Are we witnessing the end to pressing the flesh, and giving some skin? "I don't think we should shake hands ever again," declared Dr Anthony Fauci, one of the key members of the US coronavirus task force, in a Wall Street Journal podcast.

So is we must shelve the shake, what should we do when we greet a friend, a colleague or family member? From reviving old traditions to inventing new ways of greetings, alternatives to handshakes are showing up around the world:

How to do the "Kahungunu wave" — Photo: Ngāti Kahungunu Iwi Inc 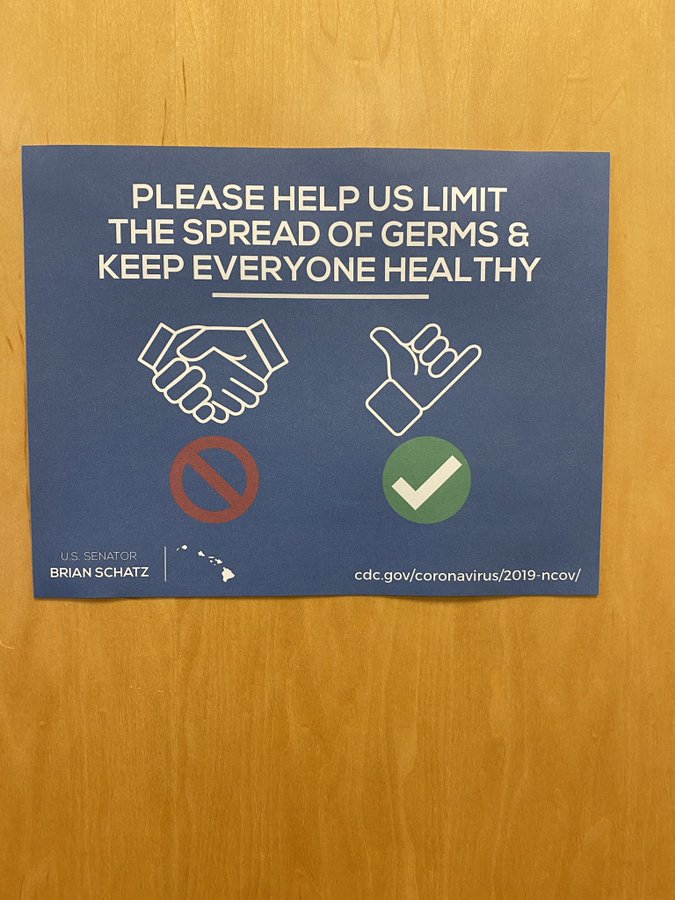 No handshake, use shaka instead — Photo: Brian Schatz

Welcome to Wednesday, where the pandemic has spiked again in Germany and South Korea, New ...

What COVID-19 Means For Worldwide Push To Legalize Marijuana

New Zealand's referendum last month to legalize recreational marijuana use was the first time a ...