BERLIN — As coronavirus continues to spread and doctors across the world scramble for an effective treatment, here in Germany we have some wonderful (some would say unbelievable news): The cure has been found.

The key, according to Germany's Hahnemann Society, is homeopathic medicine. "It has been shown that even the first seven days of the illness can be effectively treated," the organization's website announces triumphantly.

And the Hahnemann Society is not alone in vaunting the healing powers of homeopathy for COVID-19. Prominent Swiss doctor Jens Wurster claims to have used homeopathy to achieve "impressive treatment outcomes" for 70 patients, "both those with mild symptoms and severe cases."

The Locarno-based doctor has split opinion in German medicine. Before moving into COVID-19 treatment, he persuaded cancer patients to switch to homeopathic globules, earning himself a reputation among many as "an absolute charlatan," as oncology professor Jutta Hübner from Jena University Hospital succinctly puts it.

But Michaela Geiger, a doctor of integrated medicine and chair of the German Central Association of Homeopathic Physicians (GCAHP), sees things differently. "Just as mainstream medicine is still debating the best treatment, so is homeopathy," she says. Geiger sees Wurster's reports of healing through homeopathy "as a contribution to this ongoing exchange of experiences."

Homeopathy is the most popular alternative therapy in Germany. There are around 7,000 registered doctors in private practice who specialize in it, and half of Germans say that they have tried at least one homeopathic treatment, according to a survey by a homeopathic medicine manufacturer. Now the coronavirus pandemic has opened up a new, lucrative and almost boundless market.

In the early days of the virus, homeopaths in Germany held back. And at first, the GCHAP distanced itself from members who jumped on the opportunity to claim their globules had antiviral properties.

Since then, however, there has clearly been a change of heart. The Association is now calling for its members to document their homeopathic treatment of corona patients: "Against the current background of rising COVID-19 infections, with this project we can find out how homeopathy can contribute to treating COVID-19."

It wasn't long before scorn began pouring in from abroad. "German homeopaths launch a placebo offensive against corona," commented the Austrian newspaper Der Standard. "Scientists are tirelessly working to develop vaccines and treatments, and we hear again and again the sobering news that it will be a long wait before we have a vaccine. Meanwhile, German homeopaths are making reckless promises."

In Austria, homeopathy is generally regarded with suspicion, if not outright scorn. The Medical University of Vienna distanced itself from "charlatanism" and removed homeopathy from the syllabus.

In other countries too, the tide has turned against homeopaths. The French Ministry of Health has ruled out any health benefits from homeopathy, while the Spanish government classes it as "pseudoscience" that must be combated. And the European Academy of Sciences makes it clear that homeopathic treatments are no more effective than placebos. In the United States, homeopathic remedies on sale must display a clear label saying that they have no proven health benefits.

And in Germany? "In my view, it is completely irresponsible for doctors to treat COVID-19 patients using homeopathic methods," says Karl Lauterbach, a health expert with the Social Democratic Party. "The consequences for some patients could be deadly. Health insurance should not cover it and doctors should be forbidden from prescribing it."

Andrew Ullmann, a health expert with the Free Democratic Party, has a similar take. Patients should have to pay the cost of "these so-called therapies" themselves, he says. "For severe cases of COVID-19, my only recommendation is to see a qualified doctor." 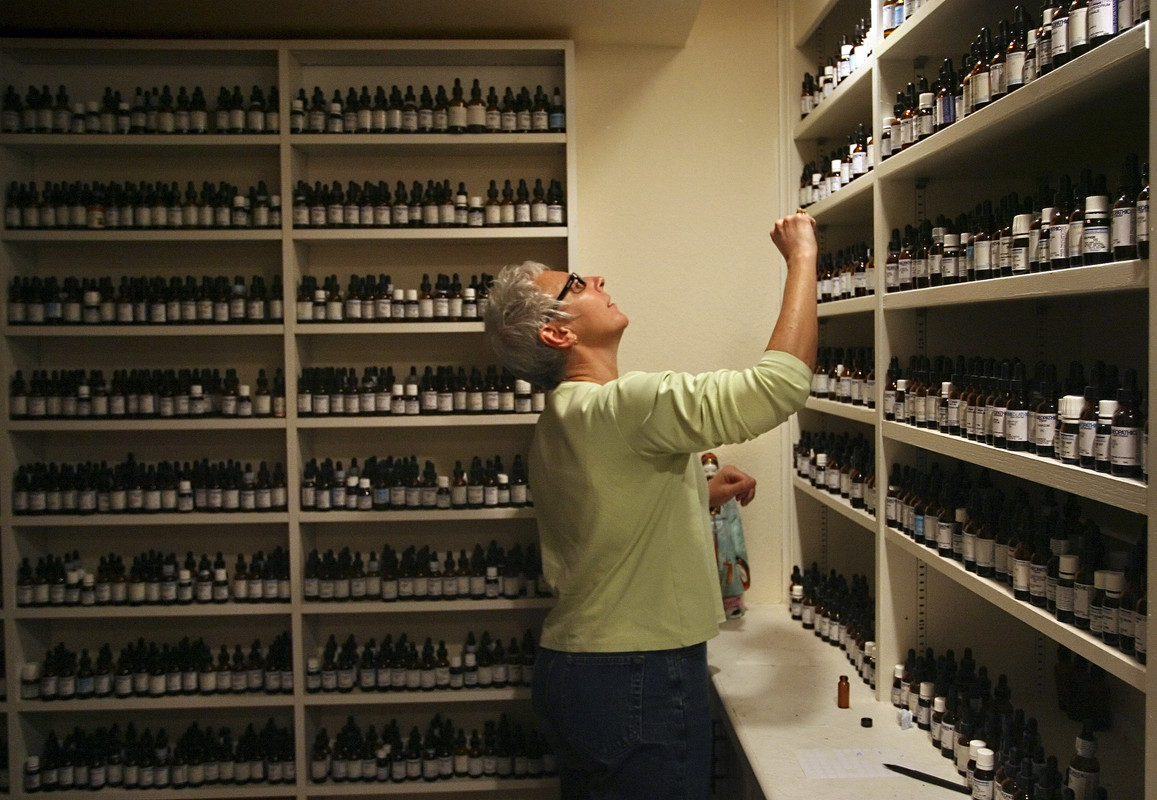 In other countries too, the tide has turned against homeopaths. — Photo: Tampa Bay Times/ZUMAPRESS

Even Green Party members are distancing themselves from homeopathy. It should only be used as a complementary treatment, says Maria Klein-Schmeink, the party's health spokesperson.

And yet, the fact remains that amid the confusion and fear of the pandemic, more and more people are turning to homeopathy. According to a survey by the Forsa Institute for Social Research and Statistical Analysis, two thirds of Germans would support the use of homeopathic remedies in treating COVID-19. That is not representative of the rest of Europe, or the world.

"Most people confuse homeopathy with natural remedies or plant-based medicine. That's a misunderstanding, a result of false labeling, which is enabled in Germany because sugar pills can be labeled as medicine," says Christian Lübbers, an eye, nose and throat specialist and spokesperson for Information Network Homeopathy.

"Studies have shown that only 17% of people know what homeopathy really is. But it's so simple: homeopathy is not plant-based medicine. It is a placebo," he adds.

Christian Weymayr, spokesperson for the group Münsteraner Kreis, which takes a critical stance toward homeopathy, agrees. "A piece of licorice has more medicinal content than homeopathic globules," he says. "People don't realize that homeopathy is ineffective because most people with COVID-19 only have mild symptoms."

Kreis goes on to say that in a climate of fear, when there will be a long wait for a vaccine, there is a growing danger that people will believe in things that give them false comfort.

That may well be the case in Germany. Homeopathic remedies can only be bought in pharmacies and their packaging is labeled with information about risks and side effects. Many health insurance companies will pay for them. And doctors often present their additional qualifications in homeopathy as if they were of equal value to their training in emergency medicine or diabetes treatment.

The practice of homeopathy is contentious, and its critics often voice their opposition with something akin to hatred. The same goes for backers of the practice. In his blog, German homeopathy lobbyist and PR advisor Christian J. Becker boasts about journalists who have been "hit by complaints to the German Press Council."

Becker relies on audacious claims about history to justify the use of homeopathic remedies in the treatment of coronavirus. He says that during the 19th-century cholera epidemic, 92% of sufferers could have been healed through homeopathy, and that during the Spanish Flu epidemic, only 1% of hospital patients treated with homeopathy died, while the figure for those who underwent conventional treatment was 30%.

Doctor and homeopath Wolfgang Springer follows a similar argument, claiming that the success of homeopathic treatments during the historical epidemics of cholera, yellow fever, scarlet fever and encephalitis has been well documented.

What they fail to mention — or perhaps don't realize — is that the apparent success of homeopathy during the cholera outbreak, when the father of homeopathy Samuel Hahnemann was active, was because it had one advantage: It protected weakened patients from the harmful treatments of the time.

Alternative medicine only seemed to be effective, in other words, because the standard treatment of bloodletting and laxatives finished off most patients. Hahnemann's treatment, in contrast, involved camphor and mineral water.