Stuck At Home? Let There Be Good Lighting

Light matters, inside and out. - William Daigneault/ Unsplash

Now more than ever is the time to find just the right light for our homes and apartments.

MUNICH — In dark times, light is a source of comfort, a symbol of hope.

After the 9-11 attacks, the Twin Towers were projected onto the New York City skyline so that from a distance it looked like they were still standing. Four and a half years ago, the day after terrorist attacks brought fear to the streets of Paris, landmarks from London to Melbourne were lit up with the colors of the French flag. And now people are trying to make their imposed isolation more bearable by using lights to signal to each other. There are calls for people to unpack their Christmas lights and switch them on as a sign of solidarity. A few days ago in Berlin, hotels lit up their windows with hearts as "lights of love."

However good it may feel to promote unity and connection through these gestures, there is one place where light now truly does make a difference: the home. And now that so many of us are confined to living within our own four walls, it is important to make sure our space is well-lit. Suddenly, questions that may have been ignored are coming to the fore: Is this room too dark or too bright? Does this lamp create a cozy feel or give off an anaemic glow?

"Our lives have all changed dramatically," says Axel Meise. "We are turning inwards and looking more closely at our home environments."

Axel Meise is a lighting designer who founded his company, Occhio, 21 years ago. The choice of name is not simply a pretty word. It's a philosophical statement. Meise says his work as a designer is not just about stylish lamps, but about people, spaces and a fundamental question: In what light do they see themselves? Does a calming, warm light offer refuge? Does it create a striking space, or sharp outlines, or all of the above?

Meise is not surprised that now, when we all have more time for reflection, he is seeing greater demand for his lighting concepts. Not that there's been a run on Occhio's online shop, which sells designs such as "Mito" or "Sento." The German market leader's offerings are too exclusive and expensive for mass markets. "But our trading partners are reporting lots of interest," he says. "People are thinking about light at the moment."

We are turning inwards and looking more closely at our home environments.

This shouldn't come as a surprise. When we spend all day at home, we notice things that wouldn't have bothered us before: the ugly spotlight in the hall, the dim light above the dining table, the way the ceiling in the tiny kitchen always seems lower than in other rooms. And we're also having to use our homes for many more tasks during this outbreak. Everyone suddenly needs a well-lit room where they can work, have video conferences or pore over schoolbooks.

For anyone looking to invest in better lighting, Axel Meise has one piece of advice: "Always use natural light as a guide for artificial light." The sun should be your example. Sounds simple, right? It's not — because the sun's rays are not as warm as we think they are.

Although turning your face to the sun gives a pleasant feeling of warmth, in reality this star gives off a relatively cool light, around 5,000 Kelvins. As a point of comparison, lights used in operating theaters are around 3,600 Kelvins, and good old 60-Watt bulbs are around 2,700. Kelvins are the unit of measurement for the color temperature of a light source — the proportion, in other words, of warm red light and cold blue light. The higher the number, the colder the light. So anyone looking to recreate the effect of sunlight while stuck indoors (perhaps to make up for that canceled Easter holiday to Italy) shouldn't necessarily turn to golden Mediterranean shades. Intense, cool light is closer to the quality of sunshine on a cloudless day. 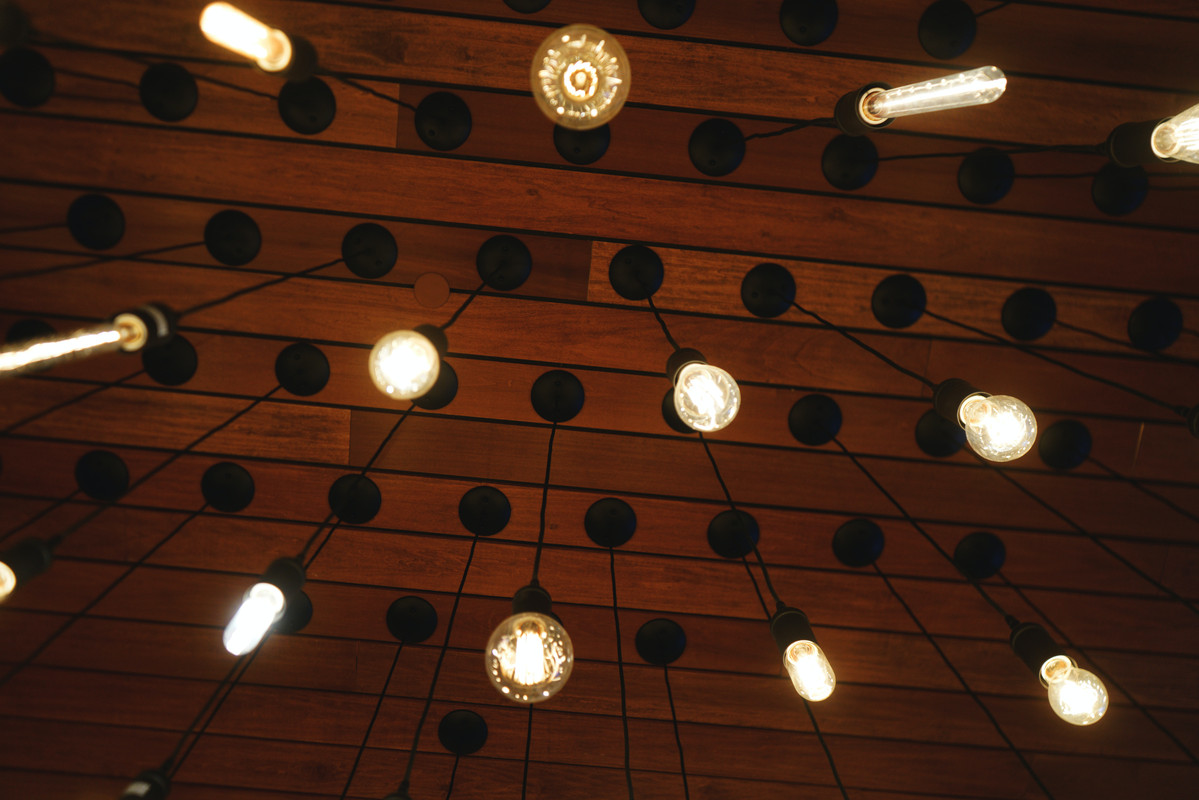 Of course your choice of lighting will be partly determined by your personal taste and budget, and not only when it comes to the light fitting itself. People also have different preferences when it comes to light levels and color temperature. Our daily rhythms should be the main guide: When you're working during the day, cold, bright light is best as it keeps you alert. For relaxing in the evenings, reddish, muted light is better — like a campfire.

You can also use light to trick your body. "Our daily rhythms are changing," says Meise. "If you need to be productive for a couple of hours in the evening, a colder light can help. That makes you feel more alert and active."

From a medical perspective, this effect has been proven many times over. Child and adolescent psychologist Michael Schulte-Markwort at the University Medical Center Hamburg-Eppendorf has researched how light therapy can be used to treat attention deficit disorder or depression. The basis of his study is that a melanopsin receptor in the eye suppresses the calming hormone melatonin in bright light.

"Working in very brightly lit spaces could have the same effect as a few espressos," says Schulte-Markwort. In lower light, the melatonin level rises.

Schulte-Markwort has been saying for years that children need much brighter, colder light in classrooms or for home-schooling. He recommends having a "learn light" at 6,000 Kelvins. And he thinks it's a shame that people don't pay much attention to the lighting in their homes. "Everyone knows that sunlight makes them feel better," he says. "But there is hardly any awareness about how important the quality of artificial light is for our mood and health."

That could be about to change. The first step towards greater awareness came a few years ago when standard light bulbs were replaced by new LED technology, and we could all see the unpleasant consequences of poor light quality. And right now people are paying attention to how they can improve the atmosphere in their own homes.

These are "threatened spaces," says Georg Soanca-Pollak. The Munich-based light designer doesn't mean that entirely seriously, but he wants to highlight a significant aspect of our new living situations: Our former boundaries are disappearing. We're having video conferences in the dining room, typing on our laptops in bed. He says people can use lighting to reflect this new arrangement, rather than moving all the furniture round.

"The most important thing is to use as many light sources as possible. That makes the space much more flexible," he explains.

If you've set up a temporary home office in your living room, you could consider replacing the central ceiling light with two standing lamps, one near the sofa and the other by the desk. "That makes it clear: This here is my workplace, and over there on the sofa is where I read or watch TV." Having a desk lamp that can be moved for different tasks is also important. It should be nearer when you're reading, and further away when you're working on a screen, to avoid glare.

You can't suddenly create more space in your home, but with clever lighting you can make rooms seem larger. This feels even more necessary when your family of five is now sitting down in the same room three times a day to eat, as you can feel like you only got up from the table five minutes ago. Or if your kitchen suddenly feels cramped because you're cooking lunch there every day instead of eating in the canteen.

"Uplighting can make ceilings seem higher," says Soanca-Pollak. Installing an upward-facing light above kitchen cupboards, for example, or putting floodlights in corners can make a room feel bigger. "That can be a relief at this time." And it's relatively easy to achieve, even if hardware stores and furniture shops are closed. These lights can also be ordered online.

Movable lights that you can use to mark out different spaces in the home are also becoming more important at the moment. They are a speciality of manufacturer Tobias Grau, one of the leading German lighting design companies. Whether it's the small "Salt & Pepper" model or the minimalist, battery-powered "Parrot" standing lamp, these designs are ideal companions for those who find themselves wandering around their homes. There are also imitations available at lower prices, just without the technological ingenuity.

Tobias Grau's designers are also contemplating the stars. "The sun brings a sense of movement to the day," says Timon Grau, the founder's son. "Playing around with artificial light can create a similar sense of movement within your own four walls." If there ever was a time to try it out, it's now.

How The Pandemic Pushed Up Prices On Some Luxury Goods

Rather than offer discounts, high-end brands like Chanel are asking even more for their products....

As coronavirus shut down businesses around the world, red-light districts from Amsterdam to ...