Coronavirus: What Unites And Divides Us

Communities across the globe are all grappling with the same scourge. And yet, the pandemic is also fueling an every-nation-for-itself mentality. Where will it lead us.

As it worsens, the coronavirus crisis also brings into sharper focus our collective contradictions.

The epidemic — contrary to what some say — doesn't lead to a rise of populism or to the strengthening of authoritarian regimes. It doesn't help partial democracies at the expense of traditional liberal democracies. In fact, the virus represents a boost, at least initially, for leaders in power, regardless of their politics or their ways of exercising power.

At the same time, the increasing popularity of the leaders in charge often comes with an uptick in criticisms concerning the way they handle and manage the pandemic. Hence the fact that, especially during a major crisis like this one, people behave towards their leaders like teenagers with their parents.

They want their leaders to protect them, but when they deem that protection to not be effective enough, or else too heavy-handed, they unload with a barrage of criticisms, and with arguments that can actually be quite valid: "If only you had protected me from the start, I wouldn't be in the situation I am today," or "Isn't the complete lockdown you subjected me the result, in fact, that there aren't enough masks and tests?"

During a major crisis like this one, people behave towards their leaders like teenagers with their parents.

Still, most nations are grateful to their leaders for being "at the helm" when the winds are so strong. Political leaders in charge are gaining popularity almost in every country. From Boris Johnson to Donald Trump, Emmanuel Macron to Angela Merkel, Viktor Orban to Giuseppe Conte, all the leaders benefit from the pandemic. You would have to exhibit completely irresponsible behavior and rhetoric, like Jair Bolsonaro in Brazil, to not gain an increasing popularity among voters.

Trump's case, in the United States, is particularly interesting. U.S. public opinion, for the most part, seems to have forgiven his early blunders, his underestimation of the severity of the threat and the fact that he seemed to give priority to saving jobs rather than lives. His daily briefing, now much more sober, has become must-see TV for many Americans, as are the uddates in France by Health Director Jerome Salomon. Trump may not have the "gravitas" of New York governor Andrew M. Cuomo, but he seems to be aware at last of the exceptional nature of the crisis.

Indeed, as the number of victims surge and the pandemic's economic costs rise, we could witness a turn of events at any moment. The public counts its frustrations as Molière's L'Avare did with his gold.

In this second phase, which can happen very soon, all of those who are not in power today and who maintained a reasonable rhetoric during the peak of the crisis, may earn a kind of "opposition reward." This change of course is all the more plausible given how naturally ungrateful people tend to be. World War II hero Winston Churchill survived in the political realm for just a few months after his victory. The UK was tired of glory. They wanted a welfare state.

Today populations are torn between fear for their lives and fear for their jobs. Right now, the the first takes precedence over the second. But for how long? There will come a time when tensions will become higher and higher between these two priorities. 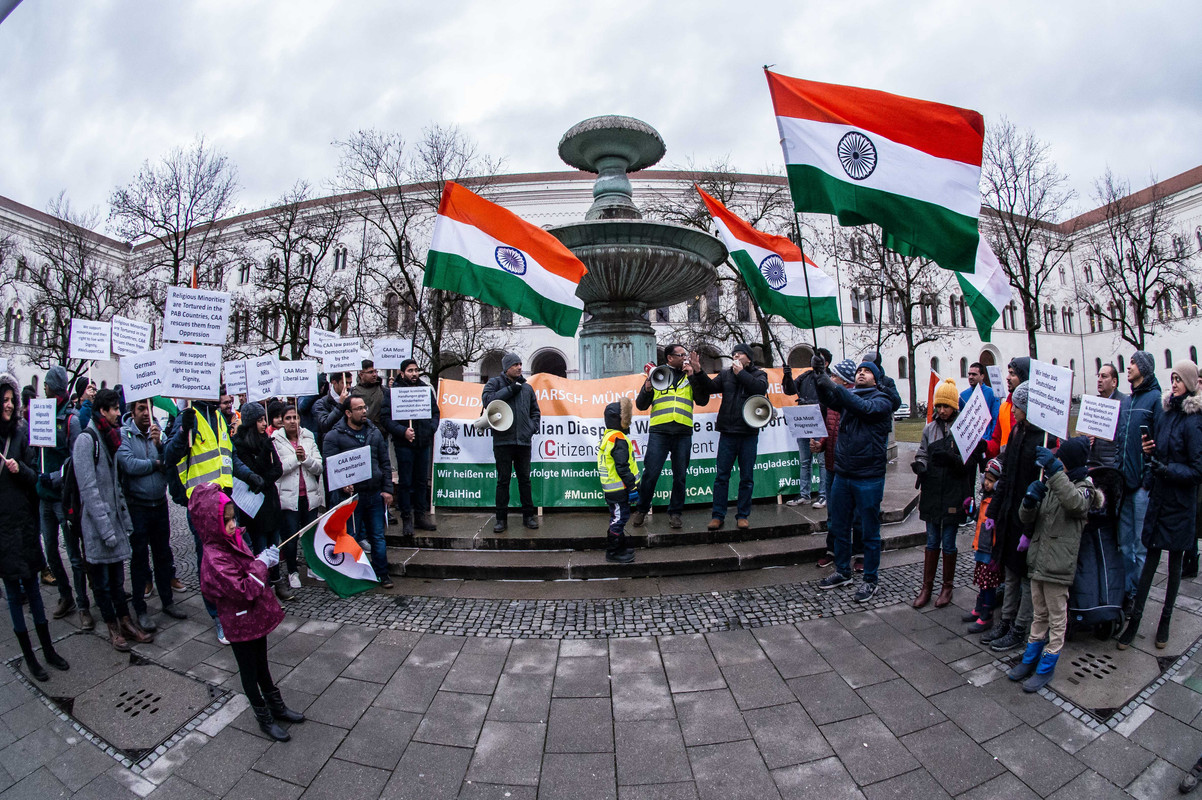 Coronavirus hasn't strengthened populists, at least not yet, but it is encouraging nationalism. The more a country has felt abandoned, even betrayed by its neighbors, cousins and allies, the more people rally behind a flag. In Italy, a particularly moving video shows a doctor embracing the peninsula in his arms as you would do with a child.

"They didn't all die but all were affected," wrote La Fontaine in the fable Les Animaux malades de la peste (The Animals Stricken with The Plague). Today, the worst hit countries, Italy and Spain, are also the ones who need European solidarity the most, as they have the heaviest debt and most fragile economies.

Consequently, the surge of nationalist reflexes has an impact on solidarity. In the coronavirus context, it is not a good time to be a Syrian refugee. This withdrawal and lack of solidarity is also happening inside Europe. Each country naturally focuses on its sick patients, on its deaths. Television news has never been so national, some might even say provincial.

At a time when Americans "hijack" mask shipments on a Chinese airport tarmacs by offering the most cash, the "One for all and all for one" spirit of the Three Musketeers seems all but dead and gone.

American philosopher Martha Nussbaum wrote about a series of experiments done on mice. When some of the mice were subjected to pain, other mice would demonstrate emotional distress — empathy, in other words — but only if they'd previously interacted with the mice in question. Are we like these mice? During a crisis, can we only show solidarity with our fellow citizens who share our nationality?

This tragedy should deepen and extend our humanity. Instead the opposite seems to be happening, as if the physical lockdown has become emotional as well.

To receive the daily Coronavirus Global Brief in your inbox, sign up here. SPOTLIGHT: ...

Worldcrunch is delivering a daily update on this COVID-19 crisis from the best, most trusted ...