Pasta In Italy. Rice In China. Guns In U.S.: A Hoarding World Tour

People around the world have been rushing out to buy "essential" products, a concept that varies from culture to culture.

One of the more striking outward signs of these troubled times are the ravaged grocery store shelves. Across the world, one of the first reactions people had to the quickly spreading pandemic was to make a rush on basic necessities. Even more troubling, however, are empty warehouses, as anxious demand combines with interrupted supply chains. But just as every country differs in how it tries to control the coronavirus, there are also nuances, from place to place, when it comes to hoarding supplies.

RICE RICE BABY: Fears of a looming food shortage during the coronavirus crisis spurred China — the world's largest grain importer — to make a serious run on rice. In March alone, the country purchased some 50 million metric tons of it, reports Radio Free Asia. But this is not necessarily national policy orchestrated by Beijing, says Fengrui Niu, the former director of the Urban Development and Environment Research Center at the Chinese Academy of Social Sciences. Many imports are from individual businesses "profiting from the raging epidemic to hoard food in order to cash in huge profits," he told the U.S.-funded news outlet.

PASTA PANIC: The Italian staple of choice likewise showed a major boost in the month of March, a 59% increase as one in three families bought pasta supplies every 72 hours, reports Agrifood Today. For those old enough to remember, the buying frenzy may spark memories from 1974, when government price controls caused a nation-wide pasta scarcity. Mamma mia!

BUYING UP BOOZE: Down under, in Australia, it's been bottoms up. Data compiled by the Commonwealth Bank suggest that Ozzies have turned from stockpiling toilet paper to hoarding alcohol, the Sydney Morning Herald reports. As pubs, clubs and restaurants closed down the last week of March, spending on alcohol was 86% higher compared to the same period last year, leading the government to impose limits on alcohol purchases. Now, people can only buy up to two cases of 24 beers or a case of 12 bottles of wine — or both. 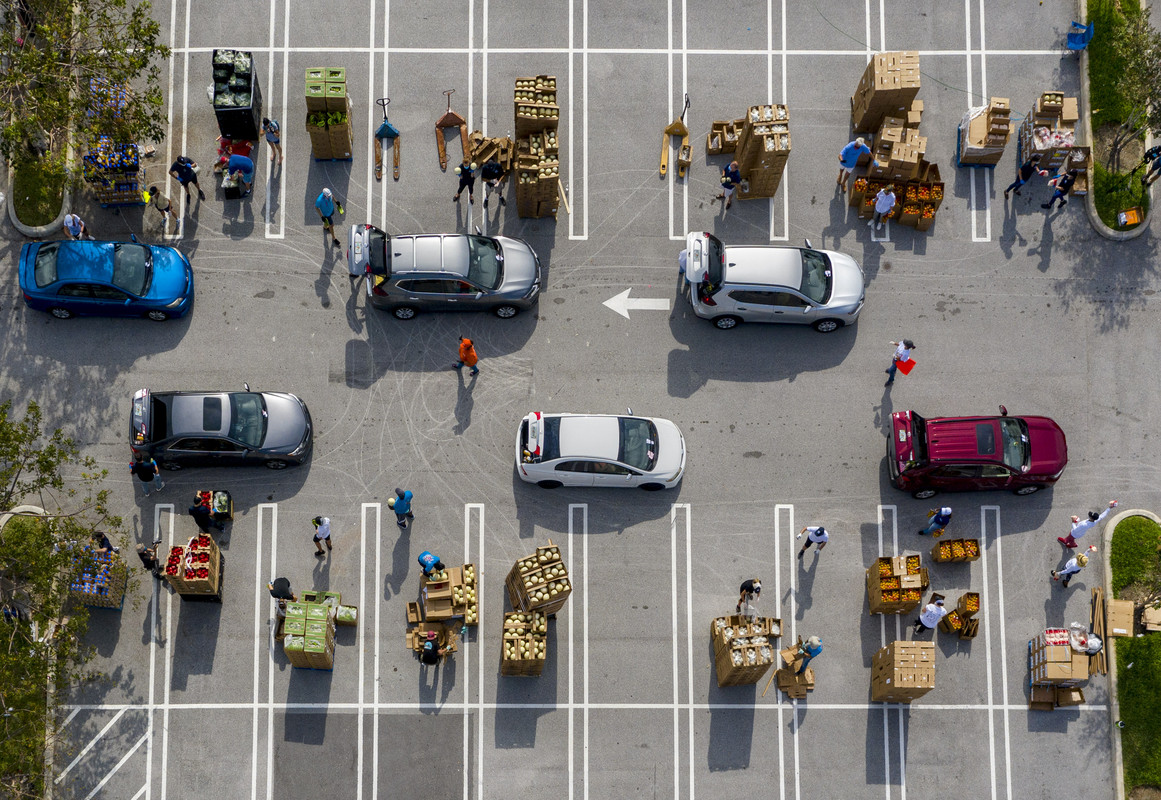 COLD HARD CASH: Rather than food, Germans appear to be hoarding the money used to buy it, as the country has experienced an unprecedented level of ATM withdrawals. Cash was already the most popular means of payment before the crisis, but was expected to shrink as supermarkets encourage card payments to lower infection risk. According to the Bundesbank, there is no economic or social explanation for hoarding money, as the cash supply is ensured even in times of crisis.

WIPES AND WEAPONS: People can be forgiven in this period of such uncertainty for wanting to feel safe and secure. And for many Americans, that apparently means having an ample supply of... toilet paper. Lots and lots of it. So much, in fact, that stores are facing drastic supply shortages, both online and off. There's also been a rush on (what else?) guns. In March alone, the FBI reported 3.7 million gun-purchase background checks, not only a 41% increase from the month before, but also the largest number of background checks conducted in a single month ever. Gun and ammunition dealers are also facing a shortage of supplies.

JAVA JITTERS: The whole world apparently can't imagine starting its day without that morning coffee. "Panic buying and stockpiling" has led to higher demand in some countries, according to the International Coffee Organization (ICO), and prices have surged as a result. In the U.S. alone, weekly sales of coffee increased as much as 73% in March. But the underlying fear behind this compulsive consumerism may not be so unfounded, as the current pandemic is leading to supply disruptions due to lockdowns in coffee producing countries. In Colombia, for example, the usual coffee harvest is in April, yet the country is set to be under a nationwide lockdown until April 27.