Pandemic Politics Is Bad For Your Mental Health

German psychologist Stephan Grünewald has some insights on how nearly a year's worth of coronavirus restrictions are impacting people's mental health.

COLOGNE — It feels like life is slipping through our fingers. Every day is the same. There's no variety, nothing to look forward to, no highlights. We hardly have contact with other people, or much chance for exercise. Yes, daily life in the coronavirus pandemic is wearing people down.

A year after the first reports emerged about this unknown virus that shut down a city of over a million people in China, the German public has become strangely hardened and desensitized to it. They're also bored.

Cologne-based psychologist Stephan Grünewald calls this state "corona-corrosion." And he fears that in this psychological climate, the approaches taken by our politicians are no longer reaching people and convincing them.

"Politicians are stuck in a short-term perspective. They jump from one crisis meeting to the next, but always trying to offer people hope," he says.

The problem, Grünewald explains, is that people need to know what to expect from the future, and so what they really need from their leaders is a clear long-term strategy that addresses the difficult reality: that the coronavirus will remain part of our lives for a long time to come.

Also, the state doesn't show the same discipline that it requires from its citizens, he goes on to say. Struggling public health departments, missing software, a clumsy start to the vaccination campaign: All of that damages trust and makes people less prepared to comply with rules.

"The political narrative that tries to delude people into thinking everything will be OK as long as we stick it out is useless. It tires people out," says Grünewald, who spoke to Die Welt by telephone shortly before Chancellor Angela Merkel defended her coronavirus policies at a press conference.

During that appearance, Merkel admitted that the virus and its mutations "are here to stay." She also announced indirectly that the strict measures may last "another two, three or four weeks," even if Germany's infection rate drops to 50 new infections per 100,000 people, and perhaps even until it's under 10, because then, contact tracing will be much simpler for public health departments.

Politicians are stuck in a short-term perspective.

Some are calling for an even harsher approach, one that's been dubbed "Covid Zero" and that Grünewald considers especially dangerous. Its supporters argue for an even stricter lockdown to completely eliminate the virus. But the psychologist believes this absolute approach would be impossible to achieve in a globalized world.

"It's a fascinating idea that after a complete lockdown, everything could go back to how it was before. But it's a pipe dream that will eventually turn into a nightmare," Grünewald says.

The number of asymptomatic cases, where people are unaware they have the virus, would make it impossible to completely eradicate it. "As a psychologist, I'm always skeptical when I see a narrative that tempts people with the promise of a complete victory," he adds.

Stuck in an endless loop

Grünewald, 60, is co-founder of the Cologne-based research institute Rheingold and part of North Rhine-Westphalia state government's expert coronavirus team. Rheingold carries out in-depth interviews that are similar to therapy sessions, in order to gauge the mental state and needs of German citizens.

Their findings now are very different from what they were last year, when the pandemic first made its presence felt. During the first lockdown, at least some parts of the population were happy to be rediscovering a slower pace of life, but now this is no longer the case. In fact, Grünewald says it's the opposite: People are still expected to be highly productive in their work, and many find themselves in a "state of senseless busyness."

The study's lead researcher, Judith Behmer, found that many people are putting in overtime at work simply because they want to have something to keep them busy. "Sometimes it's simply desperation to have something to do and to feel like they're still in control," she says. And without theater visits or gym sessions, there are no excuses to leave work on time. 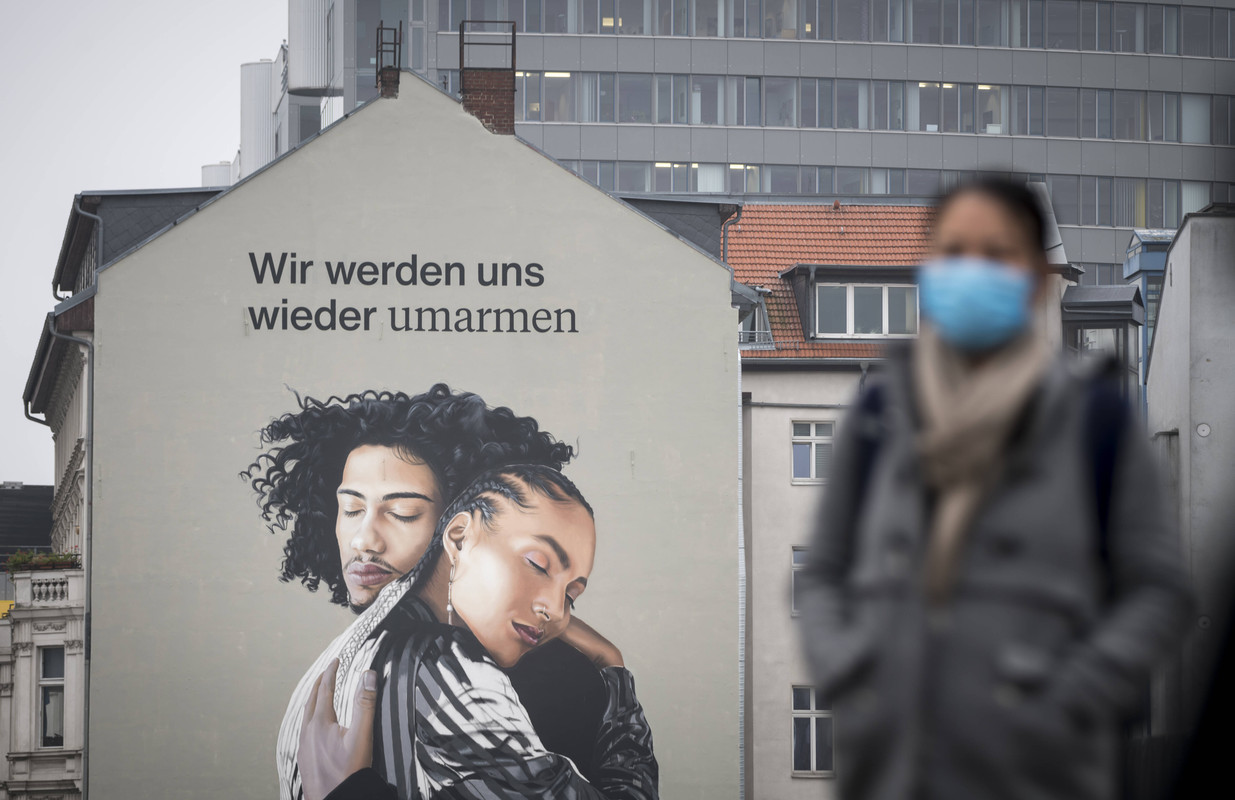 As well as working from home, parents are once again tasked with home-schooling. And instead of being rewarded for complying with all the restrictions, harsher measures are being discussed. "People feel like they're in an endless loop, where good news such as the vaccine is quickly overshadowed by bad news such as the virus mutations," says Grünewald.

In the conversations conducted by Rheingold, many people also complained that politicians were turning the screw and introducing ever harsher measures, but at the same time not enforcing the existing restrictions or punishing people who break them.

In Munich in Bavaria — a state that has a reputation for strictness — there hasn't been a single coronavirus-related fine for months. Rigor only works if it's more than rhetoric or symbolism.

Many people have created coronavirus loopholes or gray areas in their personal lives. "Just like the shadow economy that grew up in East Germany, during the pandemic there is a kind of shadow daily life, where people allow themselves time out from coronavirus rules," says Grünewald. They let themselves hug their girlfriend or go out to enjoy the snow at the weekend.

"Many of the participants told us they simply had to. They didn't have a choice," says lead researcher Behmer.

This is especially as the fear of infection has gone down. Many people are washing their hands less often and hardly disinfecting surfaces at all. The vaccine, the first effective treatments, and the belief that only old people are seriously affected have lulled many into a false sense of security.

The researchers are also seeing new behavior when it comes to shopping. In the first lockdown, most people did a big weekly shop in an effort to go out as little as possible. Now people are going daily — and for many it is the social and sensory highlight of the day.

"The daily walk is now a collective escape and allows people to feel connected with nature and each other," says Grünewald. "Without this possibility, many people are afraid of losing their minds in lockdown."

Lead researcher Behmer is also surprised to see that many people had already written off the year 2021. "They believe we're in it for the long haul and are thinking in terms of much longer periods of time." This contrasts with the week-by-week approach taken by politicians.

Many older people, in particular, feel that the restrictions will steal the rest of their lives from them. "It's a kind of early death. There's a growing sense of melancholy," the researcher explains.

Still, she says that people are "very stoical" and are facing the restrictions with great resolve. "We don't praise people enough for how well most of them are dealing with it," Behmer says.

On the Internet, Russian trolls are attacking the top candidate of the German Greens in the worst...