No Answers: A Kashmir Doctor's View From Inside COVID Disaster

People think doctors have lost empathy. But we feel each death, and every young life lost comes as a bolt out of the blue.

SRINAGAR — Blood-stained faces and broken bodies are not new sights for doctors here in Kashmir; It's the curse of living in a region riddled with conflict. No matter how emotionally challenging these cases are, doctors are usually able to provide answers about the patient's chances of survival.

But when it comes to COVID-19, what assurance can these doctors give when families ask if their loved one will make it through the night? In the absence of explanations, these doctors are haunted by loss.

How do these medical professionals go about their day when their world is engulfed by death and devastation?

Below is the account of one doctor currently at the front lines of a tertiary care hospital in Kashmir.

I am overwhelmed by the silence. The only sound I hear is the rumbling of oxygen cylinders in the forlorn hospital corridor. I rush to get them. In the same moment, bouts of heavy breathing and muffled cries get louder. I cover my ears, and end up waking up in cold sweat.

This is the every day story of my nightmare-riddled sleep after a 32-hour shift.

It all started in April. I was posted in the casualty ward back then. My duty was to admit the patient or to send them home, depending on their status. From April 5 onwards, however, the unfolding events began to cast their dark shadows. The hospital witnessed a surge in the number of patients with respiratory symptoms. Surprisingly, many of them were young – which was not the case last year.

That said, we sent them home because there were no indications of any severe infections. Much to our surprise, many of these young patients took a turn for the worse at home. As a result, they had to be brought to the hospital and put on high-flow oxygen. 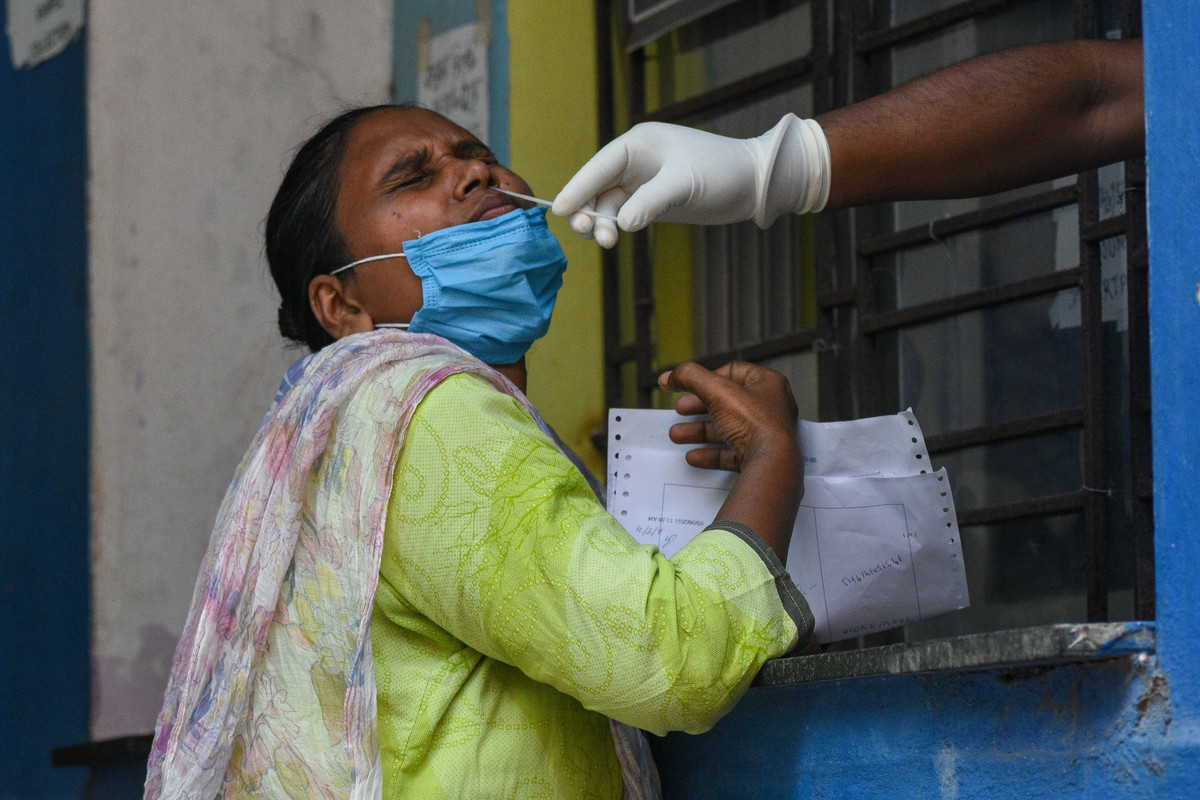 An Indian lady gets tested for COVID-19 — Photo: Debarchan Chatterjee

Even though a lot of people think doctors have lost empathy, the truth is we feel each death and are suffering very deeply. Every young life lost comes as a bolt out of the blue. We have simply mastered the art of putting on a veneer of calmness in the face of death. Yet sometimes, the mask falls.

For example, I will forever remember the death of a 19-year-old patient from central Kashmir. Her eager face and sparkling eyes spoke of countless dreams. Even as she was brought on a stretcher in a serious condition, her youthful vitality wrestled with the strong current of death for as long as it could but, ultimately, surrendered to it.

Her increasing breathlessness began with normal flu symptoms which her parents believed would go away. However, she worsened with each moment and was brought to the hospital. She was put in triage for one day but showed no sign of recovery.

This virus has rendered us clueless.

She was then put on a ventilator. After four days, she developed a cytokine storm, which is when inflammation occurs in the entire body and organs start failing. Her parents often asked me, "What will happen to her?" I ran out of answers.

In a last ditch effort, I tried to administer Tocilizumab, an anti-inflammatory drug, but there was an all-India shortage to contend with. We had no vials available so I, along with some other doctors, tried to call various medicine suppliers but to no avail. Then again, what guarantee was there that the drug would save her life? I could not assure the patient's family it would be a success even if we procured it.

The whole time, they stared at me with vacant eyes that begged for answers as their daughter lay dying.

Doctors are supposed to have answers for their patients and their families. However, this virus has rendered us clueless.

I often ask myself: What are we here for? We are not helping them in any way. All we do is observe, and look towards the skies. The skies offer no consolation so I turn towards my own self for answers, and the only one I get is: "In a few days, my beloved, only a few days..."