How The Pandemic Could Shake Up India's Political System

Demonstrators burns an effigy of Indian Prime Minister Narendra Modi during a protest against the encroachment of Nepal border by India. - Subash Shrestha/Pacific Press/ZUMA

The coronavirus crisis could reshape how the country's leadership goes about its business.

NEW DELHI — Some of the world's finest minds have begun contemplating the far-reaching impact of the COVID-19 pandemic. But while there is unanimity that the pandemic will have a disastrous impact on the global economy and shake up the international order, there is less consensus on the kind of politics that the pandemic will spawn.

We are already seeing the pandemic's impact on national politics in different parts of the world. South Korea, for example, held its parliamentary election and recorded the highest turnout in nearly three decades — even as the world was reeling from the impact of the pandemic. The ruling party won a landslide victory on the back of the government's coronavirus response, which has been hailed globally as a success.

In the United States, the November presidential election is likely to turn on President Donald Trump's response to the catastrophic impact of pandemic. The crisis has also trained the spotlight on American federalism where, contrary to Trump's initial bluster, the states have shown that they have considerable leeway in policy matters.

In India, the situation is very different. Indian federalism is a very different beast compared to that of the United States, with much less elbow room for the states. Despite health coming under the purview of the states, the Centre has used the National Disaster Management Act to impose a nationwide lockdown from March 24.

While most state governments have toed the central line, some have been pulled up for deviating. Indeed, opposition-ruled states like West Bengal – where chief minister Mamata Banerjee is the strongest critic of the Narendra Modi government and where elections are due next year – have been singled out for criticism despite BJP-ruled states like Gujarat also faring very poorly. Some states, on the other hand, have criticized the Centre for prohibiting the sale of liquor, one of the biggest sources of revenue, during the lockdown's first phase.

The poor and marginalized have borne the brunt of the lockdown

There has been a wide variation, too, in the response of the different Indian states to the pandemic. States like Kerala, with its strong public health care system and high levels of literacy, have tackled the pandemic well while others have been laggards. A study has shown that the case fatality ratio was the lowest in Kerala and the highest in states like Maharashtra, Gujarat and Madhya Pradesh. The rate of testing, the enforcing of social distancing and health infrastructure possibly explains the variation.

In the wake of the pandemic, some commentators have pointed to a temporary abatement of conventional politics in India. But the way the crisis is being handled is itself intensely political. There is a concerted effort by the central government to show that the pandemic, particularly the number of infections and fatalities, is under control and by state governments to do the same, even if that means massaging numbers.

Surveys show that Prime Minister Narendra Modi's handling of the crisis has enhanced his popularity, at a time when he was confronting an economic slowdown and protests over the Citizenship (Amendment) Act (CAA). The BJP has not passed up the opportunity to publicize the positive ratings with Home Minister Amit Shah tweeting that Modi was streets ahead of other global leaders in this regard. There has been a clear class bias, however, in the government's decision-making. The poor and marginalized have borne the brunt of the lockdown with thousands of migrant workers stranded in their place of work or on highways.

Modi has used the opportunity to address the nation on multiple occasions. By labeling the threat of the virus as a war, demanding sacrifices of the Indian people and invoking the Mahabharata, Modi has adroitly rallied the country around the flag. He has also used the pandemic to show that he can effortlessly make the Indian public bend to his will, not only by making them stay at home but by also getting them to make noise and light lamps at appointed times. 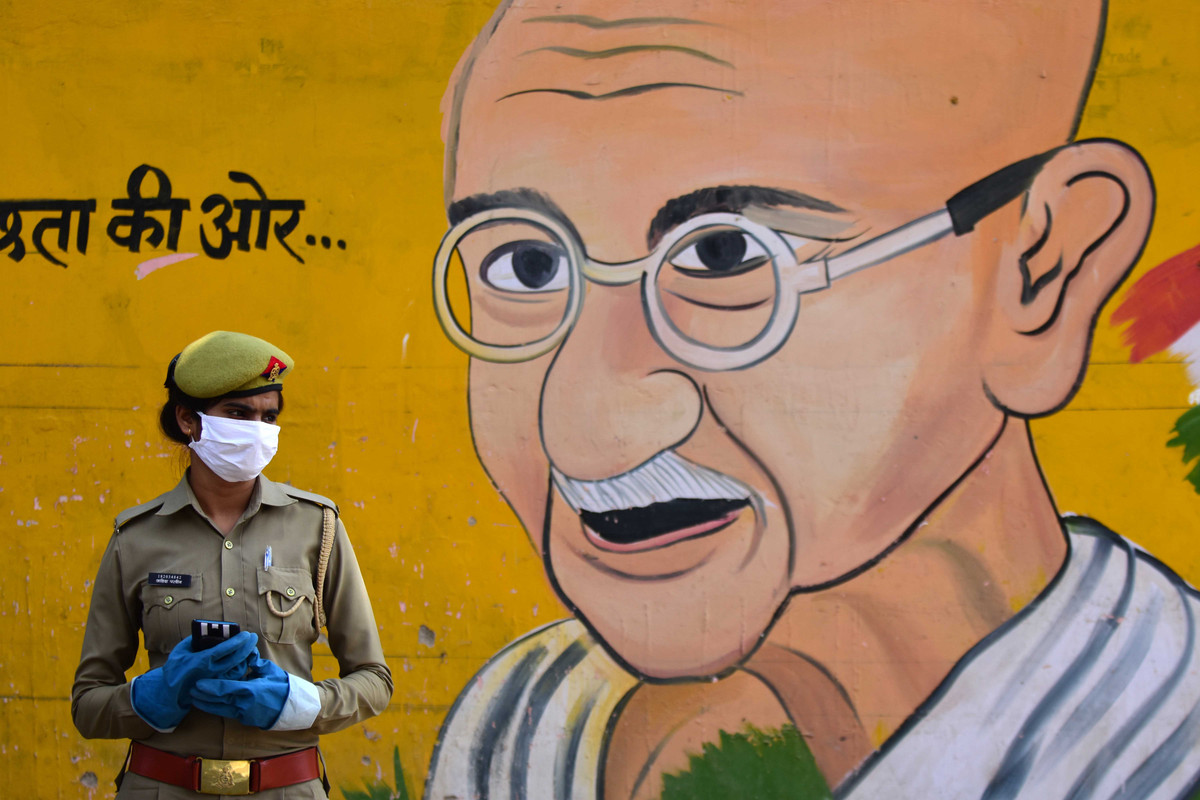 Given the nature and scale of the pandemic, any crystal ball gazing on the long-term impact on politics in India is hazardous. It is, however, worthwhile to consider the fallout of the last truly global pandemic: the Spanish flu of 1918. While its role in ushering in revolutionary changes to public health and universal health care is acknowledged, its bearing on politics was less clear cut.

Some believe that the Spanish flu, which by some estimates claimed roughly 6% of India's population, might have indirectly contributed to Indian independence. Laura Spinney argues in her book on the 1918 flu that the pandemic not only caused immense disenchantment with British rule, but also enabled Mahatma Gandhi's rise as the undisputed leader of the Indian nationalist movement.

If one were to recall recent events, there are parallels between the lockdown announcement and Modi's dramatic decision on demonetization in 2016. As in demonetization, the hardest hit by the lockdown were the poor, migrant laborers and daily wage earners, for whom no measures were initially put in place. It was only when the media and some chief ministers highlighted the plight of India's internal migrants did the Indian state provide succor, first for shelter and food and later transportation. The skewed impact of COVID-19 has similarities with the 1918 Spanish flu, which inordinately affected the poor and the villages of India, a point made by historian David Arnold.

In the current context, the impact of the pandemic might be felt most in the expansion and reach of the state and the centralization of power. Both these trends had been visible in India over the past few years, but the pandemic is likely to accentuate them. For one, the enormous increase in state surveillance in the wake of the pandemic, which has happened worldwide, is unlikely to be rolled back in a hurry. More significantly, we are likely to see a much bigger role for the state and state-owned enterprises. Contrary to what many saw as the free market and reformist leanings of Modi in 2014, he has shown little inclination to cut the bloated Indian state to size.

It is often said that the shambolic Indian state rises to the occasion during emergencies.

Centralized decision-making is also likely to outlive the pandemic. Modi's decision to impose a nationwide lockdown on March 24 came at a few hours notice and there was no evidence to show that he had consulted widely. Some chief ministers complained that had they been taken into confidence before, and not after, the prime minister's decision, the situation might not have been so dire regarding the migrant laborers. It was only after the big lockdown announcement that Modi consulted with chief ministers and gave federalism its belated due. Indeed, some have pointed out this was smart politics with Modi taking credit for the lockdown, leaving the chief ministers to tackle the messy aftermath of the exit strategy, which has proved to be a bureaucratic nightmare. Going ahead, India's federal structure is likely to face severe political and financial stress.

It is often said that the shambolic Indian state rises to the occasion during emergencies. The response to the pandemic partly bears that out. The lockdown might well have saved lives, but also had a disastrous impact on livelihoods, the extent of which is yet to be worked out. The government, which so far has not announced any big stimulus package, will now have to deal with the economic fallout of the lockdown and the life-threatening impact on the poor.

Modi has shown that he is willing to disrupt or rewrite the traditional rules of politics in India. The pandemic's aftermath will test whether Modi is capable of systemic changes to the Indian state to ensure better and equitable governance.

Dispatch From India, Where COVID Corpses Burn Around The Clock

The raging COVID-19 epidemic, combined with an acute shortage of oxygen, has created a nightmare ...