Hosting Tokyo Olympics During COVID Is Like Gyokusai Suicide

With infections surging, and only 1% of the population fully vaccinated, many say that devoting so many resources to hosting the Summer Games is a recipe for disaster.

TOKYO — A doctor friend of mine is a member of the Medical Services team for the Tokyo Olympic Games, but right now his attention if focused on New Delhi. "If the current situation continues, Japan will become like India," he told me last week. "We'll be totally unable to fight against the new Indian variant of Covid-19. When the medical system collapses as we fear, hosting the Olympics will be but a wishful dream."

The Tokyo Olympics is planned to kick off on July 23. In view of the current pandemic situation, the International Olympic Committee (IOC) Chairman Thomas Bach will visit Japan on May 18th to confirm whether the Olympic Games can be held as scheduled. Right now, the number of coronavirus infections is surging, and the vaccination efforts are faltering badly, with just 1% of the population fully vaccinated.

To curb the pandemic, the Japanese government has declared a third state of emergency for major cities and their neighboring prefectures. Some 70% of Japanese companies have been asked to let their staff work from home, universities have switched to online classes, cinemas and tourist parks are closed, restaurants are open until eight o'clock in the evening but no alcohol can be served anytime of the day.

Why is it that Japan has failed to come up with its own vaccine?

Since the outbreak of the pandemic, the unemployment rate and closures of companies have multiplied. Numerous restaurants where I eat regularly sent me messages one by one to apologize that they are shutting down permanently. Some had been around for more than 30 years.

But there are other even more puzzling factors. First, why is it that Japan has failed to come up with its own vaccine? The pharmaceutical companies in the US, China, Russia and Britain have all successfully developed vaccines and have given priority to their residents. Yet, Japan, the country that likes to boast that it's "the only developed country in Asia" has fallen far behind on this front.

After Japanese Prime Minister Yoshihide Suga visited the US in April, he proudly claimed that "During my stay in the US, I had a telephone conversation with the general manager of Pfizer and he promised to provide Japan with the vaccine." I couldn't understand his mentality, as the leader of a country, to be so proud about having to beg for such favors. 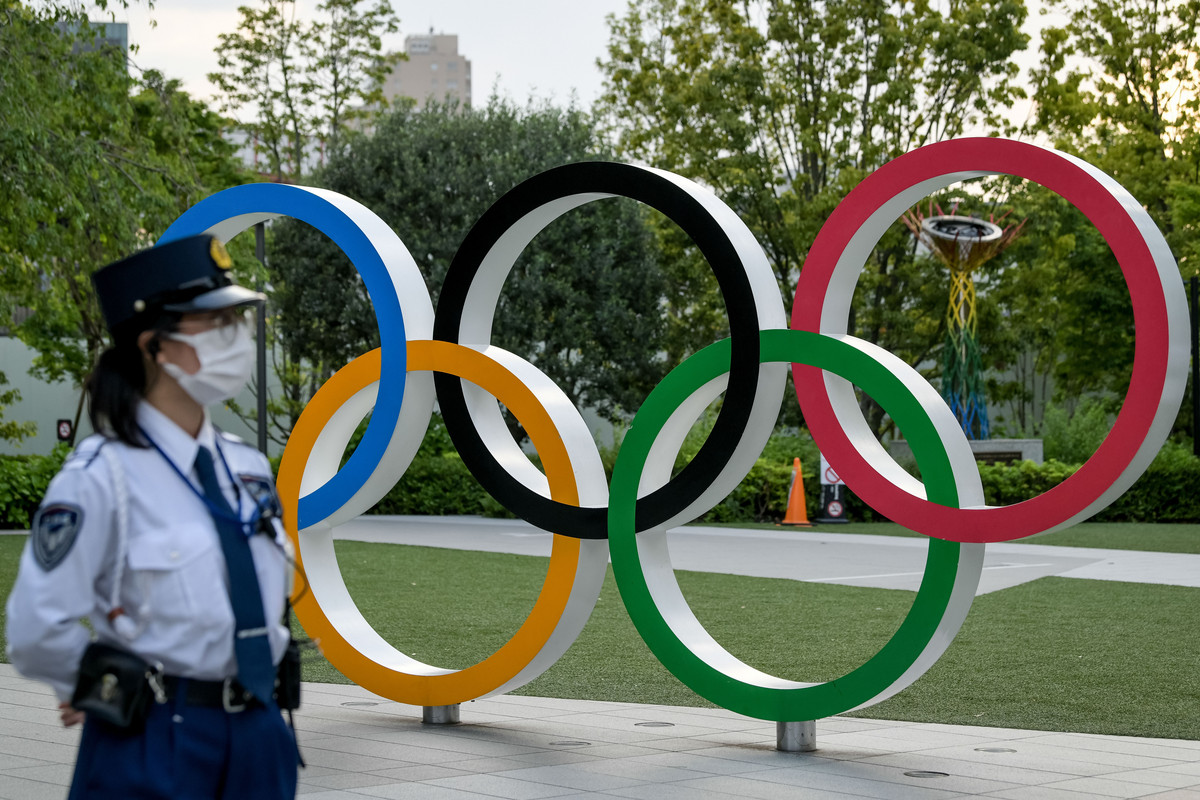 The Olympic rings in front of the New National Stadium, in Tokyo. — Photo: Cezary Kowalski/SOPA Images/ZUMA

Secondly, why is it that people over 65 were given priority in receiving the jabs? The need of giving it to the medical corps as a priority is fully understandable, but why isn't it the working-age population instead of the elderly? The elderly can easily stay at home while people who make up the workforce have to get out of the door to earn their bread. In order to increase the herd immunity and to suppress the increase of infections, it is reasonable to give vaccination first to the working-age population.

In Japan, 36 million of the overall population of 126 million are people over 65. And like my parents put it – we all have a retirement pension and have no need to go out and work. Moreover, it's probable that one's health condition worsens after receiving a vaccine so we don't want to be vaccinated. Lots of people our age share the same thinking. Yet Suga's explanation is that it's more likely for an elderly infected by Covid-19 to become seriously ill, and jabs help to reduce the number of deaths and hospitalizations.

To look at the issue deep down, however, one can't help suspecting that the real motivation is just to pave the way for the run up to Japan's general election this coming fall. It is hard to imagine that Suga would disappoint these 36 million potential voters.

More than 65% oppose hosting the Olympic Games as scheduled.

So, the remaining question is – can the Tokyo Olympics and Paralympics be held as planned if the pandemic continues to wreak havoc?

On April 28, the Aichi Prefecture federation of Medical Worker's Unions based in Nagoya protested on Twitter calling "to stop hosting the Tokyo Games". "Under current circumstances, nurses will be too swamped with the pandemic to attend the games." The message immediately gained thousands of supporters.

Suga wants to go ahead with the Olympic Games, with his eye squarely on the upcoming elections. In referring to his determination, the press even used the term gyokusai, literally "shattered jade" in Japanese, meaning to fight to the last person without surrendering. With only around two months ahead of the scheduled Tokyo Olympics, are the Japanese people being forced to engage in a COVID "gyokusai"? We'll know soon enough.

It's an economic dictum that virtually anything that is rare is bound to create a valuable ...

One of the most striking photographs of the destruction caused by the tsunami that struck Japan a...