Piling Up Public Debt, Risks Of A COVID Economic Consensus

The pandemic has prompted financial authorities to take a more relaxed approach to debts. For Latin America, overspending in response to the crisis may take them back to the poverty pits of the past.

The world is engaged in a dangerous experiment. When the 2008 financial crisis hit, central banks abandoned their manuals on traditional monetary policy to become the chief protagonists of an economic stabilization approach. They guaranteed infinite liquidity at historically minimal prices, and embarked on monetary expansion so sustained and spectacular as to be far more than just 'unconventional.'

Then, just when it seemed matters were resuming their ordinary course and central bank lending sheets were starting to balance, the pandemic arrived, bringing with another wave of monetary expansion. This time, it has spread to emerging economies and came with unprecedented fiscal expansion. The financial markets approved, as did the economy's traditional overseers. Figures from the International Monetary Fund (IMF) show that national public spending increased in 2020 by more than 10 percentage points on average, and public debt increased by 30 GDP points.

Interest rates at record lows and maximum-level public spending is now common in all regions of the world. These are deemed to be the right political response to our current extraordinary social circumstances. In emerging countries, such expansive policies previously fueled inflation, impeded external financing and provoked repayment crises, the power of the almighty U.S. dollar, financial bubbles, banking crises and long recessions.

The right political response to our current extraordinary social circumstances?

Now, it all seems different. It's as if the world — including markets, economists and politicians — wanted to free itself from the curse implicit in the title of Reinhart-Rogoff's paper Growth in a Time of Debt. They seem to think everything, even economic policy, would be different in the "new normal." The truth is that monetary orthodoxy has evidently changed, judging by the actions of the U.S. Federal Reserve and the European Central Bank to dictate neutral or negative interest rates and a monetary free-for-all, supposedly to combat entrenched stagnation. The same goes for fiscal orthodoxy.

The guardians of orthodox economics, represented symbolically by IMF overseers, are now eagerly telling governments to spends so as to alleviate the pandemic's social and economic effects. They are even chiding governments like Mexico's, whose interventions remain cautious in fiscal terms as the country remains mindful of its traditional vulnerability to external conditions. Their argument appears simple and irrefutable: With such low interest rates, the costs of public debt are practically nil and it is almost irresponsible not to take advantage of them to meet the immense social demands, infrastructure deficits and health needs.

The new consensus in Washington and in Cambridge, Massachusetts, is that zero or negative interest rates would, over decades, dilute Latin America's traditional problems with repaying public debt. This means that the unstoppable forces of globalization, digitalization and aging populations will dissipate inflation concerns. Low rates would mean permanent availability of capital, while growing global competition would eliminate any wage increases not based on increased productivity. 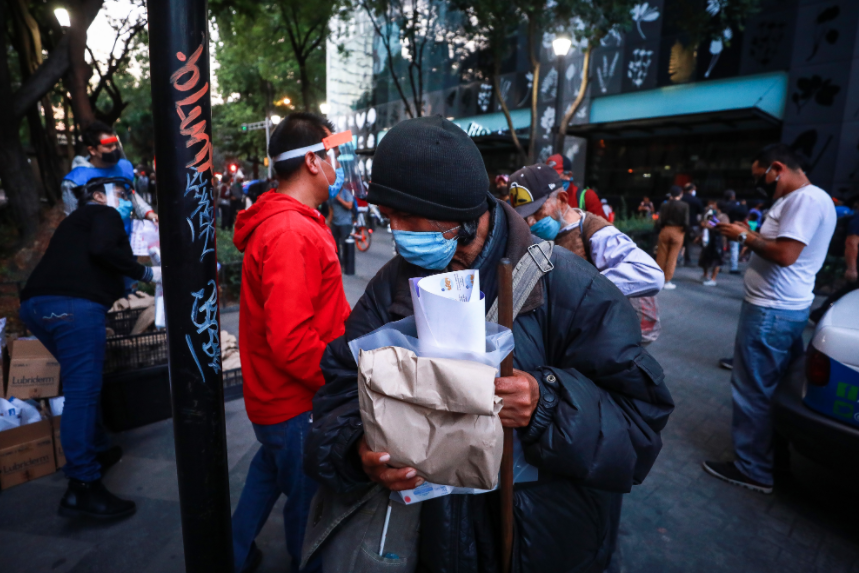 The lesson from this time is that aggregate demand policies can be applied for a long time without provoking inflation. The message to governments is clear and direct: Solve the problems and start spending — without limits. This is no populist slogan. It is what the new economic orthodoxy is recommending. It's the new 'truth,' so only irresponsible, ignorant or even wicked governments could resist its application. The old limits to public deficits or debt are relics of another time, and fiscal modernity wants more autonomy and discretionary powers.

The problem with this idyllic vision of the new normal is that any mistakes could prove very costly. If, for some reason, problems of inflation or financing difficulties were to return, Latin America would be left in a very vulnerable position. Its elevated public spending needs are structural, recurrent and difficult to curb. Its public debt is approaching the levels of advanced economies, but its debt markets are less liquid and reliable.

The IMF estimates this debt will reach 80% of the regional GDP in 2021, which is the highest level among emerging economies. There is no guarantee that the interest rates at which the region is financing itself will continue. The structural forces driving disinflation are neither permanent nor irreversible, and they can lose momentum.

We have seen this before and the result won't be much different this time: It will be another lost decade.

Nor would it be prudent to rely on risk premiums that are always kept down by massive and indefinite debt purchasing by the U.S. Federal Reserve or the European Central Bank. Benevolent regulators are keeping markets complacent as they believe, at least for now, that the best policy is to postpone credit risks while there is a pandemic. The danger is not just to postpone repayment problems and hope that the economic recovery will ensure they will have nothing more than liquidity issues. The problem is if investors convert to this new orthodoxy, which assumes that risk has disappeared, that there's no danger of insolvency, and that present risk premiums are indefinitely sustainable.

The danger is to think debt is not a problem because it can always be reabsorbed, restructured, defaulted on or liquidated. We have seen this before and the result won't be much different this time: It will be another lost decade.

Latin America is the region worst affected by the coronavirus. The regional output will have fallen 5% in 2020, increasing poverty and inequalities, and auguring political tensions. Trusting in magic and painless solutions is obviously tempting, especially if there is now a consensus growing around them. The debt solution is dangerous enough in an advanced economy, but a fatal mistake for emerging economies.

The region must not forget that its problems predate the pandemic and are rooted in misconduct in terms of productivity, human resources, institutional development and numerous structural reforms yet to be enacted. These will not be solved with monetary expansion, more spending and more debt. Believing otherwise is not just naive, but as reckless as jumping off a cliff without a parachute.

*Fernando Fernández is a lecturer at the IE Business School in Madrid.

Countries like Argentina, Chile and Mexico have begun charging a value added tax (VAT) on digital...