More than 150 members of Parliament are preparing a motion to amend the country's drug enforcement laws and restrict death sentences to particular cases such as recidivism in trafficking, use of weapons or membership of an organized trafficking gang, the daily Arman-e Emrooz reports, citing the ISNA news agency.

Iran borders key drug producing regions in Pakistan and Afghanistan, also acting as a shipping route and consumer market in its own right. Still, as Jalil Rahimi-Jahanabadi, a member of the parliamentary judicial affairs committee, noted most of those executed or on death row are the "little people" who may have had just one run in with the law. "Their execution harms families," he added.

Accurate statistics on the death penalty in Iran are unavailable, though human rights organizations estimate that an average of at least one person per day is put to death in the country, often related to drug offenses.

Rahimi-Jahanabadi said the stated objective of having such a high number of drug-related executions was to cut the supply of drugs. "Has that happened?," he quipped. "We have to think of alternative punishments." 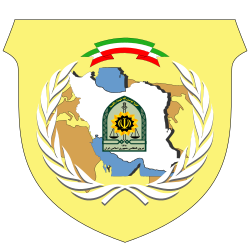 Days before, the Minister of Justice Mostafa Purmohammadi stressed executions were the right response. He said Islamic laws require the elimination of "corruptors."

Drug trafficking is one of the offenses Iran's judicial system terms "spreading corruption on Earth," alongside sexual offenses like rape, which all are capital crimes. Drug dealers are habitually termed "merchants of death" in state media.

Arman-e Emrooz cited an unnamed deputy-head of the country's drug enforcement body as putting annual profits from drug dealing at around $3 billion. The daily separately cited a spokesman for the country's drug enforcement agency Parviz Afshar, as saying that the price of a kilogram of crystal-meth had dropped by two-thirds from around $38,000 (120 million rials). Authorities interpreted that as a sign that hard drug users were moving to another new narcotic of choice, a type of heroin called "mud" or tar.

Several reform-minded Iranian economists say President Rouhani's government has been unable to curb inflation, shore up the currency or even absorb liquidity through constructive taxation.

Whenever Iran's revolutionary regime feels the heat, it stirs more trouble in the Middle East. It has even brought the exasperated Arabs closer to Israel.