Trump, "Terrorist" Cartels And The True Roots Of Mexico's Violence

In loudly rejecting President's Trump threat to label Mexican drug gangs terrorists, Mexico's government is covering its failure, if not reluctance, to tackle systemic corruption and its offspring, crime.

MEXICO CITY — Gunfire didn't do the job, nor are the Mexican president's much-touted 'hugs' working. Facing the plague of criminal violence in Mexico, nobody here seems to have a reasonable diagnosis of its nature, causes or possible solutions. And yet a single recent declaration from President Donald Trump, when he said that the drug cartels might be declared international terrorists, was enough to prompt our public officials to collectively indulge in some patriotic indignation.

We must separate two components of the issue: its U.S. dimension, and the violence itself. These are two perspectives responding to different circumstances, though there could be links. Across the border, the debate on the nature of problems in Mexico has been around for decades and evolved over time. For years following the 1910 revolution the Americans observed how Mexico stabilized its economy and managed to consolidate social, then political peace. Then at the start of a period of crises in 1976 and especially after 1982, conversations there began using terms like 'failed state.' From the North American point of view, negotiating NAFTA in the early 1990s was a way of supporting Mexico so it would, finally, take its 'great leap' toward development.

Two decades later, Mexico is again the subject of debate across the border: It has failed to turn NAFTA into a platform for integral growth and transformed just parts of its economy. In spite of its extraordinary success in consolidating exports, it was evident to people in the U.S. (and anyone else willing to see realities) that Mexico used NAFTA as a mechanism for keeping its political status quo and maintaining the interests of those close to power. The debates up north led to no conclusion of particular relevance, broadly because the United States feared that adopting the wrong strategy toward Mexico could easily have consequences like a massive influx of migrants. So its inclination to be cautious with Mexico (in spite of appearances), has made life much easier for the most pernicious of Mexican interests and sectors, which want to keep the status quo.

The country has become paralyzed in this phase for almost a century.

From the Mexican point of view, U.S. concerns could be seen as mistaken, naive and interventionist, but that is no reason to pretend we do not have an enormous problem on our hands. Mexico suffers a dysfunctional governing system, intolerably high levels of violence and an internal world of corruption and impunity. All are rooted in the same source: a political system designed by the winners of the Mexican revolution with the aim of ransacking the country as they pleased. Instead of changing for the 21st century, the system has incorporated new members while preserving its crucial objective: always to give precedence to the powerful.

While the economy has undergone changes, some entirely positive and others less so, Mexico's world of privileges and corruption endures. It had its function in the 1930s, but not today, in spite of efforts to reinforce it through enhanced presidential powers. Instead of creating a new system of government, the country has become paralyzed in this phase for almost a century, which is at the root of its inability to end criminal violence. 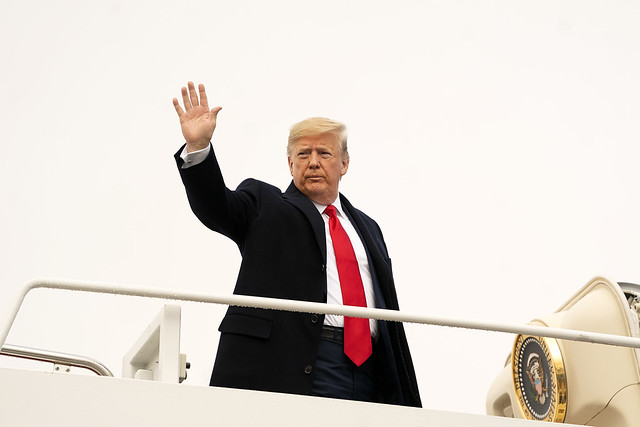 This is the context that maintains evils like impunity and corruption (intrinsic to the post-our revolutionary system) and more pertinently, impedes the state's ability to fight undesirable consequences like violence. Evidently much of the violence is linked to drug trafficking that is sustained, to a significant extent at least, inside the United States. Yet the fact that its violence is taking place here, and far less in our neighboring country, is proof that the problem lies in our system of government.

The Trump administration's decision to label gang terrorists may have all kinds of consequences but it will not resolve the violence in Mexico. Instead of puffing ourselves up with patriotic indignation, we would do better to honestly dissect this problem and seek out real solutions. Only, in that case, we might ask for the help that is right for Mexico. The Americans will not solve this problem with legal changes or drones, because these do not attack its causes.

Mexico needs a proper strategy to create a new system of government that will permit it to confront violence before anyone else imposes on our solutions that are no solution at all, but just a way to dismantle what little does work in this country.

What Mexico Can Learn From Trump's Desperate Last Stand

Mexico's current leader, and loud-and-proud leftist, has more in common with the outgoing U.S. pr...